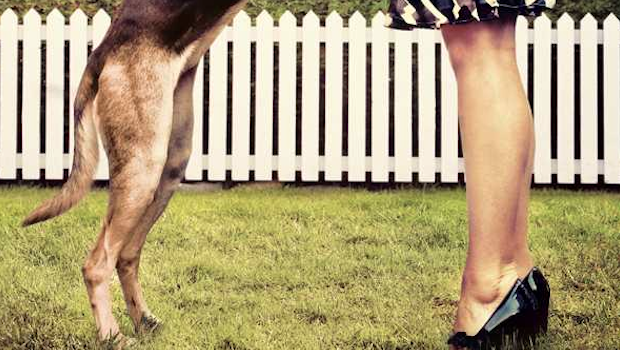 The Dogs of Littlefield by Suzanne Berne

Blurb: Littlefield, Massachusetts, named one of the Ten Best Places to Live in America, full of psychologists and college professors, is proud of its fine schools, its girls’ soccer teams, its leafy streets and quaint village centre. Yet no sooner has sociologist Dr Clarice Watkins arrived in Littlefield to study the elements of ‘good quality of life’ than someone begins poisoning the town’s dogs. Are the poisonings in protest to an off-leash proposal for Baldwin Park – the subject of much town debate – or the sign of a far deeper disorder? (Fig Tree, 2013)

“What starts as a shrewd satire on well-heeled suburbia morphs into a meditation on fear and prejudice. By turns funny and painful, the novel explores the lengths we will go to when we’re afraid. Whether it’s the psychiatrist unable to admit that her parenting might have been flawed or the widow keeping the radio on all day after her husband’s death, the Littlefielders project their fears on to the outside world or anyone different (such as the Pakistani law student working in the bakery).”

“The scene is set for a cross between a comedy of manners and a whodunnit, and there are elements of both in Berne’s tale of suburban shenanigans; as the author of the Orange prize-winning A Crime in the Neighbourhood, she has a track record for this kind of nuanced, darkened but thoroughly enjoyable small-canvas writing. There are excellent set-pieces including a raucous town hall meeting (“Do dogs pay taxes?”) and a horribly claustrophobic and disastrous Christmas dinner, complete with ersatz mashed potato and a ham decorated with pineapple rings and maraschino cherries, “as if it were covered in tiny archery targets”.”

This is a very well-written novel: clean, delicate, both devastating and funny in its well-chosen detail: “‘I’m sorry, I’m sorry,’ Julia whispered every evening by the kitchen sink, watching the goldfish swim around their ceramic castle.” It’s insightful too, with a clearly original mind behind it. Highly recommended.”

“Berne’s premise is not original; small town American life has been a favourite subject of several contemporary writers. Her unique voice comes through in the combination of a forensic approach to her characters’ foibles and lyrical descriptions of the changing of the seasons in New England. This is an apparently light tale but there are dark shadows in Littlefield too. Berne’s novel is both absorbing and amusing, and lingers in the memory.”

“Berne is best known for her 1999 Orange prizewinner, A Crime in the Neighbourhood, a much bleaker look at the suburban malaise, involving child murder and paedophilia under the shadow of the Watergate scandal. The Dogs of Littlefield is much gentler … It is true Littlefield’s problems are small … Yet Berne’s real message is that they are no less real for that. Every paradise has its snakes, not every problem can be resolved. Fans of Anne Tyler and Alison Lurie will enjoy this poignant peek behind the white picket fences.”

“Only the dogs, which, when let off their leads, race around the landscape that is so lyrically described, seem to give in to unfettered joy. “They reminded you,” says George, “of the basic joy of being alive.” The trouble is that the dogs also remind you that this is a novel with what is meant to be a unifying conceit. A serial dog killer is one thing, but dog ghosts? Margaret finally decides that hers are just projections, but this doesn’t explain Julia’s phantom puppy, or her phantom fish. George tells Margaret about Edgar Allan Poe’s views on “the unseen being with us”, but actually the “seen” in this novel are interesting enough. “It’s lonely,” says George’s mother-in-law, at the book-club meeting where he is the guest of honour, “being a person.” This gentle and often moving novel makes that clear. It is just a shame its author didn’t stick with people and ditch the dogs.”

The Dogs of Littlefield by Suzanne Berne The Omnivore