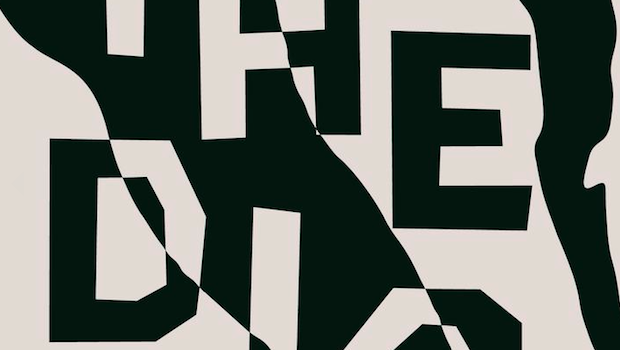 The Dig by Cynan Jones

Blurb: This is a searing short novel, built of the interlocking fates of a badger-baiter and a disconsolate farmer, unfolding in a stark rural setting where man, animal, land and weather are at loggerheads. Their two paths converge with tragic inevitability. Jones writes of the physiology of grief and the isolation of loss with brilliance, and about the simple rawness of animal existence with a naturalist’s unblinking eye. His is a pared-down prose of resonant simplicity and occasional lushness. His writing about ducks and dogs and cows is axe-sharp. There is not a whiff of the bucolic pastoral or the romanticized sod here. This is a real rural ride. It is short, but crackles with latent compressed energy that makes it swell to fill more space than at first glance it occupies. (Granta, January 2014)

“Alan Warner has claimed that American novelists can be divided into Savants and Tough Guys. The first category includes Edith Wharton and Jonathan Franzen while Ernest Hemingway and Cormac McCarthy belong in the second. Deceptively plain prose attracts imitators which is why Tough Guy fiction, American or otherwise, often lapses into the kind of backwoods, beasts and bibles formula which seduces suburban readers whose idea of rusticity is the Hay Festival. The Welsh writer Cynan Jones, who has been compared to both Hemingway and McCarthy, might be a Tough Guy but he imitates nobody in his indelible third novel.”

“For all this manliness, The Dig is a tender and sensuous depiction of the deep connections both good and bad people have with the earth and its animals. Daniel finds “an understood geography, familiar and mammal” in lambing, and solace in a land that doesn’t forget a loved one. The badger digger, too, has an intimate relationship with his dogs and the countryside he maps by its setts … Death may be everywhere but The Dig is brilliantly alive; a profound, powerful and utterly absorbing portrayal of a subterranean rural world.”

“It is the simplest of stories, yet to pull it off requires enormous narrative control, as well as the courage not to fill in every last particular. Word has it that Jones originally completed a much longer manuscript, then stripped it of unnecessary detail and backstory. If so, he’s an enormously brave writer, and one whose bravery was warranted. The result is both strong and stark, like the carcass of an animal flayed of meat: still the animal, still holding its shape, but pared right back to bone and sinew.”

“Jones’s prose, like that of D H Lawrence, is greased with repetition, giving it a rhythmical awkwardness that contributes to the sense of unease and sadness that permeates the novel. These are sentences written not for the eye or the ear but for some deeper sense. Like the passive neutrality of its language, The Dig presents us not with characters but with archetypes. People, like animals, are regarded as the unconscious products of their environments … The Dig is deeply moving, but it is not sentimental. I don’t think I’ve read anything better on the realities of modern farming, on the way the old rhythms that once gave structure to agricultural life have given way to bureaucracy.”

“Jones’s three previous books have shown him to be a fine naturalist. He is closer to an older poetic landscape tradition encompassing R S Thomas and Hughes than more recent rural ‘voice’ novelists such as Ross Raisin or Noëlle Revaz. With The Dig, Jones has astutely married his dispassionate landscape prose with a brittle emotional economy.”

“To set out the novel’s context and content in this way is to miss the main point, which is that Jones’s use of language is so frequently stellar. There is a good comparison to be made with Niall Griffiths, himself a gifted stylist. Jones is less prolix, while remaining embedded in a tradition of Celtic lyricism.”

“The Dig explores its central themes – loss, isolation, nature – through dry, punchy storytelling. Each sentence has been neatly sculpted to develop a rich poetry from the stuff of rural life.”

“When he is deep in these physically resonant scenes, Jones can be strikingly effective. He has a wonderful eye — “the small catkin” of a lamb’s tail, the “battle-shocked” look of a recently disturbed field — and his prose can feel as ruminative as a sheep’s slow deliberate chewing. But often he seems as if he is straining too much for effect. Metaphors misfire, verbs are made to work too hard, and when he turns from physical to emotional description he becomes unconvincing. Above all, the book never really develops beyond its individual scenes into a satisfyingly developed whole.”

The Dig by Cynan Jones The Omnivore