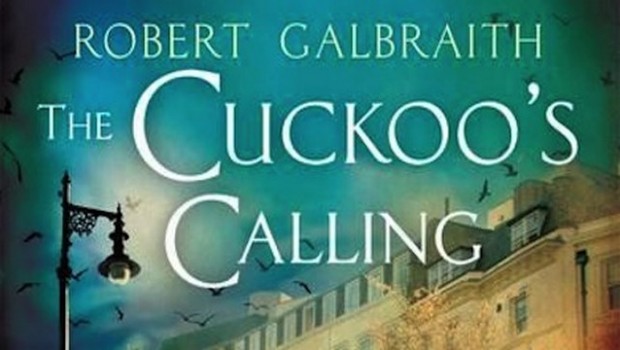 The Cuckoo’s Calling by Robert Galbraith

Blurb: When a troubled model falls to her death from a snow-covered Mayfair balcony, it is assumed that she has committed suicide. However, her brother has his doubts, and calls in private investigator Cormoran Strike to look into the case. Strike is a war veteran – wounded both physically and psychologically – and his life is in disarray. The case gives him a financial lifeline, but it comes at a personal cost: the more he delves into the young model’s complex world, the darker things get – and the closer he gets to terrible danger. (Sphere, 2013)

“Just once in a while a new private detective emerges who captures the public imagination in a flash; and here is one who might well do that – Cormoran Strike, a bear-like ex-soldier with a prosthetic lower leg and a gloomy outlook, who also happens to be the son of a Seventies rock star.”

The Cuckoo’s Calling is flawed by a Psycho-like explanatory ending — in which Strike explains how he put all the evidence together and identified Lula’s killer, but most of its narrative moves forward with propulsive suspense. More important, Strike and his now-permanent assistant, Robin (playing Robin to his Batman, Nora to his Nick, Salander to his Blomkvist), have become a team — a team whose further adventures the reader cannot wait to read.”

“Galbraith delivers sparkling dialogue and a convincing portrayal of the emptiness of wealth and glamour.”

“We are granted a measured but involving reworking of crime novel mechanisms as the detective moves across a variety of class divides, finding that the police have got things wrong. And in Strike, a one-legged former military policeman, Rowling gives us a distinctive addition to the overcrowded ranks of literary private eyes.”

“There are some touches here of very sardonic social comedy, interestingly reminiscent of Margery Allingham’s classic The Fashion in Shrouds. Allingham’s snobbery, though, is mostly missing – not entirely, since Lula’s working-class birth mother is something of a Daily Mail caricature. There is an intelligent ear here – the speech rhythms are caught convincingly enough that we don’t need the occasional descent into phonetic spelling. Galbraith is generous in sometimes surprising ways; Lula’s obnoxious, vaguely abusive boyfriend turns out to be a more complex character than we and Cormoran at first assume.”

“Though Strike tends to provoke pity or scepticism rather than giddy whispers, he is nevertheless the Man Who Lived, surviving an attack not from a dark wizard but from a roadside bomb, which left him with a scar, rather than a prosthetic leg. Add to that Strike’s parentage (his father was a rock star) and his creator’s habit of using three paragraphs of description where none would do – and you begin to suspect that Rowling was trying less to engineer a private change of tack than to avoid accusations of repetition.”

“Perhaps in an effort to distance herself from Potter the language is ripe, drug abuse rife and we get to know more about some characters’ bathroom habits than perhaps we’d like.”

“The brutal question is what merit the book would have if it were not by JK Rowling. And here, again, compliments are due to the unknowing early critics who commented on the unusual confidence and professionalism of what was presented as a debut. Rowling is a formidable storyteller – as shown by the sheer imaginative detail and narrative organisation of the world of Harry Potter – and, as Strike and Robin set out to prove that Lula Landry’s death was not a suicide, the plot is tightly moulded and told, with the reader’s interest ignited by tantalising references to the detective’s lost leg or a file of death threats that he has received.”

The Cuckoo’s Calling by Robert Galbraith The Omnivore