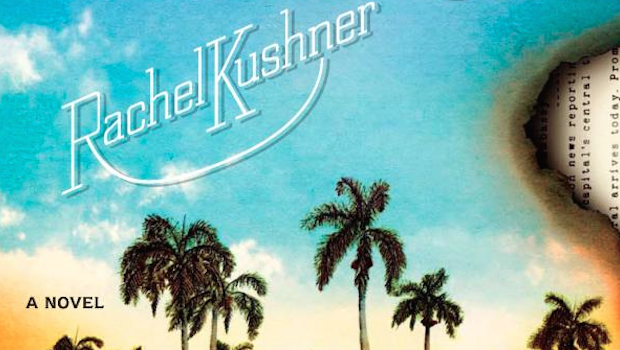 Telex From Cuba by Rachel Kushner

Blurb: Fidel and Raúl Castro are in the hills, descending only to burn sugarcane plantations and recruit rebels. Rachel K is in Havana’s Cabaret Tokio, entangled with a French agitator trying to escape his shameful past. Everly and K.C. are growing up in the dying days of a crumbling US colony, about to discover the cruelty and violence that have created their childhood idyll. (Vintage, April 2014)

“At the core … [It] is a very modernist view of the self as something that is endlessly lost and recreated … There are other big ideas swinging through Telex from Cuba, about essence and artifice, about ignorance, innocence and participation, but these ideas, and the historical events that shape the narrative, rarely dominate in a novel that manages to be constantly interesting; busy with people’s lives and thoughts. It is a tough book that is full of generosity for its flawed characters, and it is written like a love story.”

“For those who remember those days, or even for those who take the Cuba story at second hand, the frame has always been presented to us as Democracy vs. Communism. Kushner (whose mother spent several childhood years in the compound of the United Fruit Co., which owned almost all of the eastern half of the island) swivels the camera for the reader. Forget Communism, she says, look past it, or better still, look just there, in the foreground, at the coastal villages of Preston and Nicaro.”

“Telex from Cuba’s concerns are the journey out of childhood, the complicated race and class structure in and around a colonial situation, the possibilities and failures of connection, divided loyalty, self-reinvention, memory and illusion — but its great virtue is that it is never something so simple as a scheme of its themes. It is open to mystery and contingency”

“La Mazière and Rachel K add romance and mystery to Kushner’s portraits of middle-class ennui – think Revolutionary Road with guavas – and vanishing worlds. There’s overblown imagery (La Mazière’s “luminous winking bubble”) and a scene which exaggerates the invisibility of servants, as a teenager lounges in her slip, in front of her butler (“It’s just Roosevelt”). Overall, though, the atmosphere seethes and crackles.”

“Occasionally Kushner overindulges with the period-specific detail but her cleverly counterposed registers and nuanced exploration of the way we make and remake ourselves elevates her book beyond the standard historical romp. The fictional Rachel K may simply be a canvas but her inverse, the authorial Rachel K, is in charge of the projector, and while that continues there will be much illumination to come.”

“… part of the novel reads like a thriller, and a rather good one, but with mood, pacing and characterization markedly different from the other story lines … But the spy story doesn’t quite fit tonally with what feels like the heart of the book. When the usually straight La Mazière ends up in a rebel camp in Oriente, roughing it in a tent and accepting the sexual attentions of Fidel Castro (and thereby confirming, at least for the reader, other characters’ suspicions about the Castros’ loosely defined sexuality), the moment feels forced; we didn’t quite need to go there..”

“Kushner unpicks the subtle and not so subtle social and racial hierarchies at work while presenting a fascinating and vividly detailed portrait of the country. Sometimes the writing has a dreamy feel, at other times it’s near-cinematic in its use of detail.”

Telex From Cuba by Rachel Kushner The Omnivore