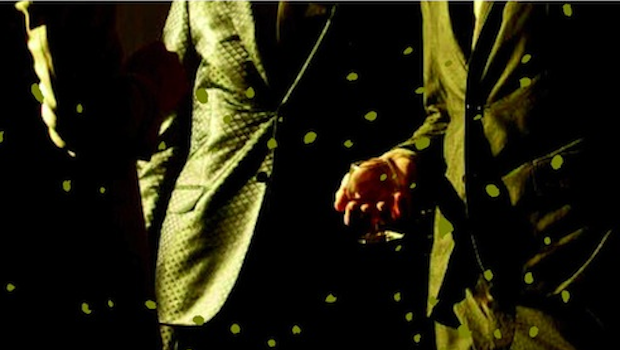 Blurb: When Douglas, the ringleader of a clique of self-styled wits of “superior sensibility” dies suddenly, his four remaining friends are summoned to his luxe estate high in the Catskills to memorialize his life and mourn his passing. Responding to an obscure sense of emergency in the call, Ned, our hero, flies in from San Francisco (where he is the main organizer of a march against the impending Iraq war), pursued instantly by his furious wife, Nina: they’re at a critical point in their attempt to get Nina pregnant, and she’s ovulating! It is Nina who gives us a pointed, irreverent commentary as the friends begin to catch up with one another. She is not above poking fun at some of their past exploits and the things they held dear, and she’s particularly hard on the departed Douglas, who she thinks undervalued her Ned. Ned is trying manfully to discern what it was that made this clutch of souls his friends to begin with, before time, sex, work, and the brutal quirks of history shaped them into who they are now––and, simultaneously, to guess at what will come next. (Knopf, 2013)

“Rain and damp combine with the Rush-dried tone to create a swamp of sticky dark humor in which the reader is happy to be stranded. The situation is mournful and absurd, Douglas is both legend and jerk; different registers are all the time rubbing against one another — a fictional recipe for friction — as the friends are forced back into easy and awkward intimacy … A creaking of novelistic machinery can be heard as the gathering’s darker purpose is winched into action but not loudly enough to disturb our stay in these sprightly pages.”

“While it lacks the scope and gravity of the earlier novels, Subtle Bodies is more concentrated and – in spite of a relentlessly disillusioning plot – more charming … Michiko Kakutani in the New York Times denounced Subtle Bodies as a ‘tiresome’, ‘eye-rollingly awful’, ‘totally annoying novel’ … When the leading critic of the most cosmopolitan newspaper in the US sees real life as a straightforward phenomenon with which the head shouldn’t interfere, the old national prejudice against the representation of intellectuals’ mental lives suggests a refusal of self-knowledge on the part of our elites.”

“The slimmest novel in Rush’s corpus, it has an opening which gives a fair impression that it might be his slightest. Its frenetic pace, zesty tone and enjoyably madcap premise flirt pleasingly with screwball, as if Rush has overdosed on late Woody Allen or been seduced by superior chick lit … Subtle Bodies proves that Rush is a writer of sharp humour, vigorous prose and real ambition. It also proves that he can narrate America’s present, as his previous work explored Africa’s recent past.”

“Rush writes with great observation and accuracy about the intimate workings of relationships.”

“Rush is at his most convincing when creating the private, invented vocabularies that friends use between themselves – their “idioverse”, as he described it in Mortals. Because of its slim size, and because Rush set the bar so high with his hefty earlier books, Subtle Bodies feels somewhat minor but fans will find it, nevertheless, a crisp, enjoyable read.”

“Rush is so frank in his signalling of his own themes that for a while the novel’s lack of emotional maturity and authority – and indeed its dependency – seem to have been designed to echo the stuntedness of its actors, ageing men in the grip of college-era preoccupations … What Rush is committed to here is the idea that men are nothing without women, that their social vision is deluded, their morality without substance, their credulity infinite: it is woman who makes life, order, continuity. Whatever the value of this idea, the novel fails to consummate it: had he dispensed with the commentating, order-making female perspective, and abandoned himself and us entirely to the brusqueness and inadequacy of the male relationships, the result might have been a harsher novel, but a better one.”

“Aside from the thematic similarities and phraseological quirks, Subtle Bodies contrasts brutally with Rush’s earlier writing. The sentences are unspectacular, the characters hard to differentiate, and, worst of all, Rush seems to have lost his curiosity. Admirers of Mating and Mortals are likely to be left bewildered.”

“Perhaps Mr. Rush means all this to read as black comedy, but it’s not remotely funny or compelling. In fact, it’s impossible to work up any interest in hearing what these absurdly self-important and poorly drawn characters might have to say as they drone on about themselves, with some random asides about Islam, Dadaism, anti-Semitism and abstract matters like “the sublime of deeply comprehending the world.””

“Subtle Bodies has all the ingredients of a dramatic, friction-filled novel — the house is isolated, the men mutinous, Douglas’s wife and son unruly, and a media pack has descended — but it falls a long way short of being either witty or engaging. Indeed, it’s hard to decide which is more exasperating — the sketchily drawn, objectionable characters, or the unnecessary political digressions and conceited philosophising.”