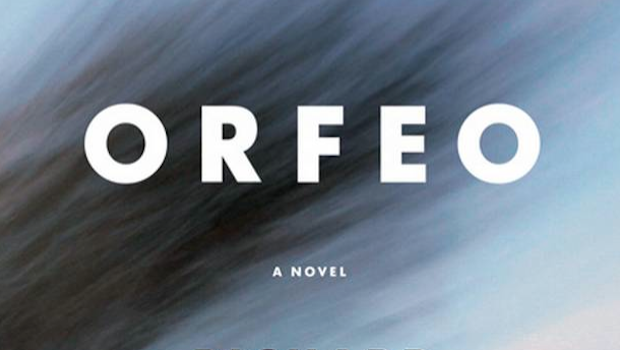 Blurb: Seventy-year old avant-garde composer Peter Els opens the door one evening to find the police outside. His DIY microbiology lab – the latest experiment in his lifelong attempt to extract music from rich patterns beyond the ear’s ability to hear – has come to the attention of Homeland Security. Panicked by the raid on his house, Els flees and turns fugitive, waiting for the evidence to clear him and for the alarm surrounding his activities to blow over. But alarm turns to national hysteria, as the government promises a panicked nation that the ‘Bioterrorist Bach’ will be found and brought to trial. As Els feels the noose around him tighten, he embarks on a cross-country trip to visit, one last time, the people in his past who have most shaped his failed musical journey. And through the help of these people – his ex-wife, his daughter, and his longtime artistic collaborator – Els comes up with a plan to turn this disastrous collision with national security into one last, resonant, calamitous artwork that might reach an audience beyond his wildest dreams. (Atlantic Books, April 2014)

“Powers has not wholly solved the problem of writing about music without resort to technical language. To be fair, it is probably insoluble. The novel’s evocations of musical pleasure will work best for readers who understand what, for example, suspensions or ”strident minor sixths” are; but a lot of the musical description accomplishes impressively imagistic things with the most familiar possible terminology … formidably intelligent and ecstatically noisy.”

“Powers’ real stroke of genius is to end with a frankly heart-breaking finale between Els and his daughter. Their simple see-saw between love and disappointment brings tears to the eyes. In doing so, it intensifies the battle between the intellect and the emotions for Els’s very soul. Orfeo is extraordinary and confounding, mind-spinning and wonderful. Just what a proper novel should be.”

“These characters are not free of the flaws Powers is often taxed with. They can be clunkily sentimental; they descend to cliché (“We had energy. We had ideas”); their motives are sometimes conventional, sometimes obscure. Nor is the patented lyricism of Powers’s writing always effective … Why, then, was I unable to resist the emotional pull of “Orfeo”? Why did I pick it up eagerly each day and find myself moist-eyed when I came to its last pages? That, I think, has everything to do with Powers’s skill at putting us into the mind of his protagonist.”

“Be forewarned: Even if you check “Orfeo” out of the library, it will still cost you a fortune. (Why couldn’t this novel come with a set of CDs?) … And beware thick patches of music theory and critical commentary in these pages … Mercifully, such moments are rare — just enough to convince us that he’s a serious student — and the novel compensates for its technical language with the poignancy of Peter’s aspirations. Orfeo remains the story of one man’s artistic dreams and romantic missteps, a symphonic expansion of Nick Hornby’s High Fidelity.”

“Despite the novel’s persistent air of epiphany and the wealth of effortful wordplay nudging us to accept the eerie overlaps (“spectral harmonies and harmonic spectroscopy”), it will come as news to virtually no one that musicology has things in common with the natural sciences — and not just because Powers’ most rigorous novel, The Gold Bug Variations, told us that more than 20 years ago. Underwhelming as an essay, slow-footed as a thriller, Orfeo is more ineffective still as a portrait of an age and a nation.”