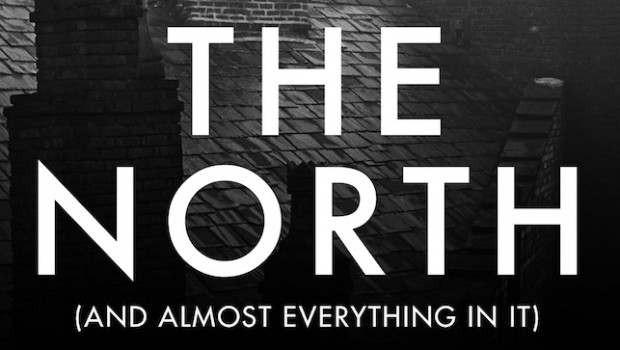 The North (And Almost Everything In It) by Paul Morley

Blurb: Paul Morley grew up in Reddish, less than five miles from Manchester and even closer to Stockport. Ever since the age of seven, old enough to form an identity but too young to be aware that ‘southern’ was a category, Morley has always thought of himself as a northerner. What that meant, he wasn’t entirely sure. It was for him, as it is for millions of others in England, an absolute, indisputable truth. But he wondered why, when as a child he was so ready to abandon his Cheshire roots and support the much more successful Lancashire cricket team, and when as an adult he found he could travel between London and Manchester in less than two hours, he continued to say he was from the North.

Forty years after walking down grey pavements on his way to school, Paul explores what it means to be northern and why those who consider themselves to be believe it so strongly. Like industrial towns dotted across great green landscapes of hills and valleys, Morley breaks up his own history with fragments of his region’s own social and cultural background. Stories of his Dad spreading margarine on Weetabix stand alongside those about northern England’s first fish and chip shop in Mossley, near Oldham. And out of these lyrical memories rise many disconnected voices of the north; Wordsworth’s poetry, Larkin’s reflections and Formby’s guitar. Morley maps the entire history of northern England through its people and the places they call home – from the frozen landscapes of the Ice Age to the Norman invasion to the construction of the Blackpool tower – to show that the differences go deeper than just an accent. (Bloomsbury)

“Impressive … packed with raw emotion and ambivalent passions … The biographical and historical notes can be detached and brisk … Morley writes with care and precision, though, and his rhythm is such that his book is a lively, breezy read.”

“…for all his association with New Wave pop, Morley is like a prog-rocker, with furious arpeggios (those long sentences) framing more lyrical passages. While never quite apprehending the structure of the book (in a postscript, Morley writes that the north is “a hallucination … a non-fiction dream”, and the same could be said for The North), I relaxed into it. What is essentially a history of the north of England emerges out of digressions from Morley’s recollections of his 1960s childhood in Reddish, a suburb of Stockport, and his sentences come into focus along with his memory…”

“This affectionate piece of anthropology is marred by a tiresomely rhapsodic tone. “I found it, my north,” he gushes, “smoking and babbling, battling and loving, scattered and glittering, lush and brisk … rickety and plush, conspiring and crackling.” Reticence is not this author’s strong point … Even so, the book partly redeems itself by its passion and chutzpah.”

“…fascinating, often funny and occasionally inspired, but also overlong, padded out with inserted captions dealing with northern facts and faces. There is the odd howler among the sprawling info … The North also suffers from an autodidact’s want of perspective, which Morley at times confuses with wit. ”

“The truth is that this book — which persuades us that everything comes down to the author’s personal experience of a tragedy, and which goes on about how brilliant at comedy northerners are while not being funny at all — is obviously the work of someone from the other side of the Pennines. We on the manly side, in Yorkshire, are accustomed to look at this sort of production, shake our manly heads and say just this: ‘The big Jessie.’”