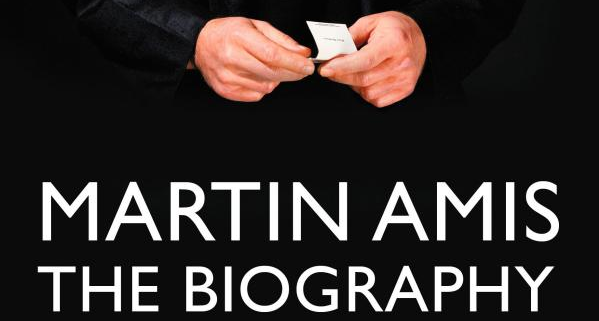 Blurb: The first biography of one of contemporary British literature’s most gifted and controversial authors. (Constable, 2011)

“[There is] a very definite sense of authorial punches being pulled. My own hunch is that Mart’s lawyers crawled over the manuscript for months — the book was originally scheduled for publication in February — and a certain amount of emasculation took place. Three things redeem the book, to the point where it becomes very good indeed. The first is the rambunctious presence of Christopher Hitchens, who dishes the dirt on everything from the sexual shenanigans to the early 1980s research trip to a New York “hand-job parlour” while researching Money. The second is Bradford’s skill at re-animating the cultural circles in which Mart flourished during his early London period, in particular the Anthony Howard-era New Statesman. The third is his provocative readings of many of the novels.”

“… the bibliography contains nothing but works by Martin Amis, as though Bradford hoped to circle the grand mystery of Amis without distraction or contamination. This is not quite the case; the biography contains many revealing interviews with Amis’s friends and relatives … But Bradford is at his best when he focuses on Amis’s work and, especially, on the tension Amis feels between this yucky mucky world and the higher realm of beauty.”

“This is a frustrating biography in that, in exchange for Martin’s co-operation, Bradford obviously had to keep him sweet. Thus he quotes Martin saying that Kingsley was not an alcoholic without so much as a batsqueak of protest. And often — especially apropos of the break-up of his first marriage — one feels one is not being told the full story. The last chapter is a quite egregious piece of flattery that claims that Amis is “the most important British novelist of his generation” and that, compared to him, the influence of Barnes, McEwan, Rushdie and co “has been negligible”. Nevertheless, Bradford has done the proper job of a literary biographer in using the life to illuminate the work, and his book will certainly be of use to Amis scholars.”

“Patchy … Bradford is at his strongest when giving detailed readings of the novels, and allowed to criticise them. “In the novels one encounters a magnificent performance … but once the performance is over we are left with little but a feeling of admiration for someone who can use language so brilliantly.””

“There’s rather too much gush in Bradford’s biography. Describing Amis’s second wife, Isabel Fonseca, for example, he rhapsodises: “to call her glamorous and cosmopolitan surpasses understatement” … But, if only for the new information it contains, we can be grateful that, despite the obstacles, Richard Bradford has contrived to get his biography into print.”

“The real trouble is, Bradford seems to be defeated by Amis’s writing … I wanted to learn from this book and admire it. I wish I had, and am perplexed that a literary biographer of Bradford’s reputation should have produced something so awkward, rushed and opaque as this — a sign, I guess, of his having really struggled to get a proper handle on Amis.”

“There are warnings, early, that this project will be second-rate when the biographer shuffles forward to talk about himself. Bradford writes on page three: “Martin certainly knows what’s funny, which will not be a surprise to readers of his work. ‘But,’ asked an old friend of mine […], ‘what’s he really like?’” Oh boy: the people-often-ask-me gambit. Somewhere out there, presumably, there’s an abandoned draft that got things under way with an OED definition of the word “biography”.”

“… in the perverse way of things, it was the woefulness of Bradford’s writing that sustained my interest … You could argue that … it is unfair, when reviewing a book whose purpose is to give us the facts, to dwell on stylistic shortcomings. If Bradford were writing the life of a retired admiral, then this mitigating plea might work. As the subject of this biography has pointed out, however, style is not something added after the fact, like nice wrapping paper. It is the thing, the gift, itself. And once the sentences start running away from a writer, everything else goes as well — the writer’s impatience transmits itself to the reader.”

“His book fulfils the main duty of a biography — it is informative — while failing to attain any of the possible virtues. It is neither exciting nor penetrating. It is neither coherent nor convincing. It is characterised by surreal laziness (testimonies are pasted straight on to the page) and surreal bossiness: “Keep walking and you will reach the British Leyland car plant”, “Pick up a novel by either of them . . . compare both with a work chosen at random by any other major postwar writer”. It is full of repetition, contradictions and small, avoidable errors: Bradford seems to get things slightly wrong almost as a matter of principle. It is also full of spectacularly bad writing — about spectacularly good writing.”