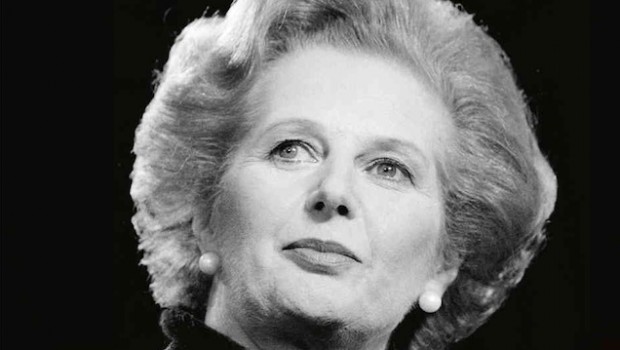 Margaret Thatcher, The Authorised Biography Volume One: Not for Turning by Charles Moore

Blurb: The first volume of Charles Moore’s authorised biography of Margaret Thatcher, the longest serving Prime Minister of the twentieth century and one of the most influential political figures of the postwar era. This volume ends with the Falklands Dinner in Downing Street in November 1982. (Allen Lane, 2013)

“What gives this book the edge over all its rivals is not just Moore’s deep knowledge of, and affection for, his subject. It is the sheer amount of work he has done … He has been to every available archive. He has read family records and listened with an attentive ear to those who knew her best politically. The number of interviews is simply staggering. Yet, although huge, the book dances along.”

“… a notable landmark. The first of two volumes, it is not only long and exhaustive but meticulously researched and gracefully expounded.”

“… this combination of biography and intellectual history works perfectly … To understand what happened to Britain during her prime ministership and afterwards, it really is important to understand who she was: Moore’s Thatcher will now become the definitive account.”

“To be asked to write what will prove to be the definitive account of the 20th century’s most important peace-time prime minister was a vast challenge: Charles Moore has risen to it … Sometimes Moore cools to his subject. Sometimes he admires. But his pace, his fascination and his command of detail never slacken. This is a masterly piece of work.”

“For anyone who is seriously interested in Margaret Thatcher or the political history of Great Britain in the quarter of a century after her entry into politics, Moore’s book is essential reading. Even for such readers it may at times appear a little too detailed and leisurely in pace, but it is an immensely impressive achievement and takes its place among the great political biographies of the 19th and 20th centuries.”

“Magnificent … There are, of course, plenty of good books about Mrs Thatcher. But Moore’s is comfortably the best; indeed, with its elegant prose, dry wit, prodigious research and careful judgments, it is one of the best political biographies I have ever read.”

“This book is a triumph of diligence. Moore interviewed 315 people, and was clearly blessed with the knack of getting them to open up. Ribald insults, gossip, political secrets, private grievances and funny stories — many of them very, very funny — fly off every page. But it is also a triumph of narrative art and human understanding, at its centre a peculiar force of nature, never to be repeated. ‘People are fascinated, appalled, delighted by her,’ writes Moore. ‘Many think she saved Britain, many that she destroyed it.’ I would be surprised if they don’t all agree, though, that this is one of the greatest political biographies ever written.”

“He mines his sources skilfully without becoming their captive. His prose is more considered and his conclusions more nuanced than his partisan journalism. He is not afraid to address the contradictions and tease out the inconsistencies of his subject. Nor to be critical, sometimes deeply so. The result is to paint a much more multidimensional portrait of Thatcher than the caricature heroine adored by the right or the devil incarnate loathed by the left.”

“Moore has exploited this unique access with thoroughness and skill; but a sense of the British establishment granting favours to one of its own hangs over this book, and is never quite dispelled … There is not quite enough sense of the social texture of Britain, and how that changed, as Thatcher rose, and how that change helped her. Similarly, events outside Westminster that proved pivotal for her — the 1978-9 winter of discontent that probably won her the 1979 election; the 1981 urban riots that so undermined her early premiership — are recorded too briefly and cursorily. Meanwhile, Moore’s politics surface unhelpfully when he caricatures postwar Britain as in “steep decline””

Jane Merrick, The Independent on Sunday

“Moore says Thatcher can serve as a “cautionary tale” to some and a lodestar to others, but — unsurprisingly, given his politics are sympathetic — there is very little criticism of her policies. His 11 pages of acknowledgements read like a guide to the British Establishment and the Washington elite, and the book ultimately echoes what Thatcher’s funeral achieved for her record: creating an official, Establishment-backed, and largely uncritical version of a very controversial figure.”

Margaret Thatcher, The Authorised Biography Volume One: Not for Turning by Charles Moore The Omnivore