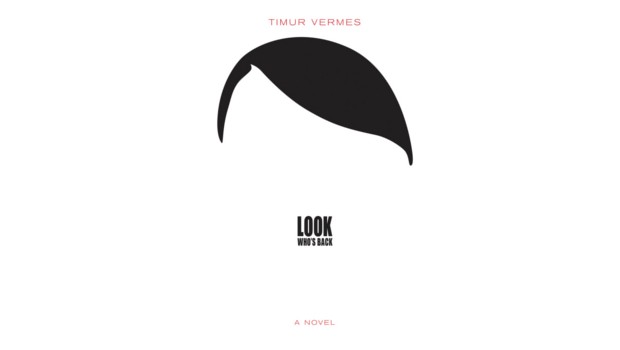 Look Who’s Back by Timur Vermes

Blurb: Berlin, Summer 2011. Adolf Hitler wakes up on a patch of open ground, alive and well. Things have changed – no Eva Braun, no Nazi party, no war. Hitler barely recognises his beloved Fatherland, filled with immigrants and run by a woman. People certainly recognise him, albeit as a flawless impersonator who refuses to break character. The unthinkable, the inevitable happens, and the ranting Hitler goes viral, becomes a YouTube star, gets his own T.V. show, and people begin to listen. But the Führer has another programme with even greater ambition – to set the country he finds a shambles back to rights. (Maclehose, April 2014)

“Is it permissible for writers to treat such material farcically? There is a tradition of sorts: Edgar Hilsenrath and Raphael Seligmann, both Jewish, did so, and there is the absurdist treatment of Hitler in Walter Moers’s comic strip “Adolf, the Nazi Pig”. Does Vermes earn his place in this company? Yes, I would argue, for the novel’s intentions are clear and threefold: to send up an aspect of modern society, our obsession with momentary fame and viewing figures; an encouragement to reflect upon whether such a figure could rise to any real power today – if so, where; and, quite simply, to entertain as a slick piece of unusual comedy.”

“For English readers, Look Who’s Back may lack the exhilarating shock value it had in Germany: more an amusing thought experiment than the brilliant, outrageous firework of a book it appeared to be over there. Still, it’s good fun. I liked the exchange where Hitler is asked why he doesn’t have a passport. Has he never been abroad? “ ‘Well, obviously: Poland, France, Hungary…the Soviet Union.’ ‘You got in there without a passport?’ I thought about it for a moment. ‘I cannot recollect anybody having asked me for one,’ I replied confidently.””

“One of the hardest things for a monoglot English critic to gauge about Look Who’s Back, though, is also obviously one of the most important things about it. How does it strike German taboos? Is it a depth-charge, or a blown raspberry? And could they be the same thing? … Funny, yes. But funny like a cartoon. If you incorporate the critique into the narrative voice – and the critique is boilerplate – are you satirising an age of wall-to-wall irony or succumbing to it? This is a rollickingly enjoyable, forgettable, cleverish book that – at least in English translation – doesn’t quite answer the question satisfactorily.”

“Though few German novels are translated into English and MacLehose Press should be commended for publishing this book, Look Who’s Back seems unlikely to be as successful here. This is not just because of the specific German references, both historical and contemporary (which are helpfully explained by the translator in a long afterword) or because Vermes’s Hitler is rude about modern Britain but because, for all its play with taboo material, the novel feels inconsequential.”

“It starts to look more likely that this very dilution of Hitler the virtuoso hater is meant deliberately, as another symptom of what the novel’s fictional events diagnose – a widespread, wistful nostalgia for a strong leader who has clear ideas and bolsters national pride … Such an interpretation, though, does nothing for the novel’s larger problem, which is that it is, frankly, a bit boring. The social and political observations can be charmingly silly, but the satire is always blandly obvious in its cartoonish targets.”

Look Who’s Back by Timur Vermes The Omnivore