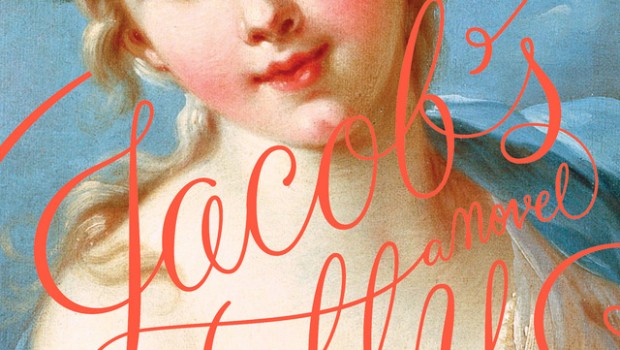 Blurb: In eighteenth-century Paris, Jacob is a peddler of knives, salt cellars and snuffboxes. Despite a disastrous teenage marriage, Jacob is determined to raise himself up in life, by whatever means he can. In twenty-first-century America, Jacob’s life has twisted in ways he could never have imagined. But even the tiniest of flies can influence the turning of the world. Reliable, true Leslie Senzatimore, a volunteer fireman, and Masha, a gravely ill young woman, are about to have their lives transformed. (Farrar Straus Giroux)

“As fly or man, Jacob is an engaging narrator, and if the verve of the historical chapters outshines the more plodding modern plot lines, Miller’s eye for detail and pitch-perfect ear for an exquisite turn of phrase are ample compensation. Jacob-the-fly realises he can see into the minds of others “like a hot knife piercing a tub of chicken fat”. When Leslie gets talking to the divorced Deirdre in a car park, “Sexual tension eddied into the ensuing pause like seawater filling a cleft in the sand.””

“Jacob undergoes a process of cut-price enlightenment and a name change. Alas, the aristocrat’s motives are not entirely altruistic; in fact, he has made a bet that he can transform a Jew into a Frenchman by way of intellectual nourishment and baptism … For Jacob’s return as an insect suggests that such caustic indifference is unfounded, that the Universe does – at the very least – possess a Master of Ceremonies. And so as Jacob’s two lives unravel in tandem, it becomes clear – despite the gap of three centuries – that there are repetitions and echoes … not only is the count’s bet being played out in Miller’s book, but also Pascal’s wager that God exists. If so, He has the benefit of a very eloquent and inventive spokeswoman.”

“Though Miller’s characters are not real people (not all of them are even people), she threads their lives together in a way that somehow preserves the sense of order – of destiny, even – and the randomness. Given that the book is narrated by a fly (a nod, perhaps, to Kafka), it is a highly imaginative exercise that turns out to be comic, raucous and tender, sometimes all at once.”

“Jacob’s Folly crisscrosses space and time, unspooling his transformation from street peddler to unseen force in the lives of both Masha and “reliable, true Leslie Senzatimore,” a Patchogue boatman. The Joycean echo of Leslie’s epithet is a signal that Miller has sent her characters on a daring odyssey that traverses history, religion, philosophy and cultural identity.”

“Miller’s story is ambitious, given that it’s about redemption and forgiveness and the continuity of history, and it’s often compelling. Her prose wants to rise to match that ambitious scope but instead the grandeur of it sometimes feels overworked, especially in the early chapters, with unnecessary adjectives cluttering her sentences and proving distracting.”

“Despite this injection of the absurd, Miller is extremely sharp on the complexities of Jewish identity. But this bizarre blend of satire, coming-of-age and historical fiction will likely prove too heady a mix for all but the most accommodating of readers.”

“Miller’s most regrettable choice is the novel’s hyperactive framing device: Jacob, reincarnated as a housefly with the power to read minds and travel (imaginatively, I think) through time and space … It’s never a good sign when the main thing you notice about some significant element of a novel is the structural problem it solves for the novelist, but it’s worse when the problem itself is imaginary. Miller could easily have juxtaposed the stories of human-Jacob, Masha and Leslie without the supernatural narrative connective tissue provided by fly-Jacob and left her readers free to draw their own conclusions about what unites them.”