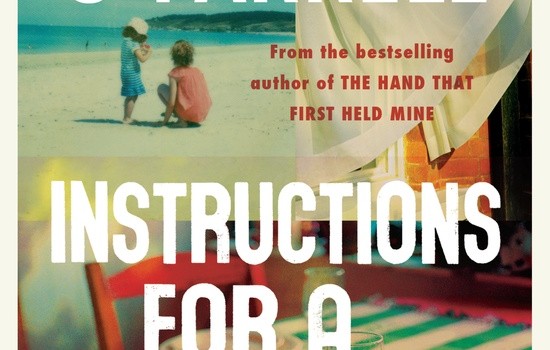 Blurb: It’s July 1976. In London, it hasn’t rained for months, gardens are filled with aphids, water comes from a standpipe, and Robert Riordan tells his wife Gretta that he’s going round the corner to buy a newspaper. He doesn’t come back. The search for Robert brings Gretta’s children – two estranged sisters and a brother on the brink of divorce – back home, each with different ideas as to where their father might have gone. None of them suspects that their mother might have an explanation that even now she cannot share. (Tinder Press)

“ In spite of its slightly creaky ending, O’Farrell has produced a brilliant domestic drama that teeters on the edge of being a thriller; it’ll hook you in at the start and keep you dangling. ”

“These are ordinary lives acutely observed, with a brilliant dissection of different generations’ attitudes towards the same predicament. Only Robert’s disappearance can bring the Riordans scurrying back home – and it is here that the pace slackens. As the protagonists wilt in the heat, limply theorising about what might have happened, the same lassitude and claustrophobia set in for the reader. The Riordans wait for something, and so do we. But O’Farrell is too skilful a writer to lose her readers: she cuts to the chase in the nick of time, re-routing the quest to Ireland where she picks up slack threads for an ending that is revelatory, redemptive and moving.”

“O’Farrell doesn’t just get Gretta’s voice right, but she is spot-on about all these other members of her family too, and each of them talks in an entirely indiv­iduated way. Sounds easy? Try it yourself sometime. While you’re at it, see if you can learn that trick she also has of only telling the story in a way that deepens understanding of character – the way in which, for example, the summoning of Gretta to that family conference tells us more about at least three of the characters just in the way it is written.”

“O’Farrell is a deliciously insightful writer, observing the dynamics of relationships and astutely filleting them to the bone. Her sharp but humane eye dissects every form of human interaction. She cleverly leaks signs of familial dissatisfaction: Gretta is not laid open to us through information imparted by an omniscient narrator or by her family’s conversations – that would be too easy. Instead, there is telling detail: her compulsive eating; her imposition of Irish Catholic values on her unwilling children; her passive-aggression … The only disappointment is the Hollywood ending: Robert’s exoneration seems a cop-out.”

“Here, her poetic prose reaches a new maturity; she has reined in an occasional tendency to overwrite and her talent for drawing intriguing but relatable characters is eclipsed only by a rare gift for description that is almost photographic in its imagery. If some loose ends are tied up a little too neatly and briefly, they do little to spoil the pleasure of reading an author at the top of her game.”

“[The] final part of the book that is exceptionally good. All along, O’Farrell has sketched beautiful scenes of family life: a young child entwined about its mother like ivy; the cannibalism of a father’s love because “he wants to eat his daughter, starting at the creases of her neck, moving down to the smooth pearlescent skin of her arms”; and the juggling skills required to hold a conversation with children around the table.”

“Her characters are three-dimensional, their tensions concrete, their interactions convincing. There are beautiful little observations throughout: how “oddly weighty” British currency feels in Aoife’s hand; how one rejected sister adopts the other’s “clipped tone” (“two can play at that game”); how a catastrophic mix-up can spring from “a horrible chain of coincidences”. The prose is lyrical and precise … And yet there is something distancing going on, too. A deep emotional investment is vital for this sort of subject matter, but while the Riordans’ relationships are completely credible it is hard to love or root for the family. ”

“O’Farrell skillfully captures the family life of immigrant parents with British children. Traditions rubs along with modernity and the Riordan children realise they don’t have an inkling of the lives their parents led in Ireland.”

“For all the care with which they are drawn, however, the Riordans’ problems are only intermittently involving. Robert’s disappearance never flares into a full-blown mystery and, despite the inevitable revelation, the family’s problems are a touch too workaday. Curiously, these flaws don’t undermine the novel. O’Farrell’s strength is in bolstering her characters with detail. ”