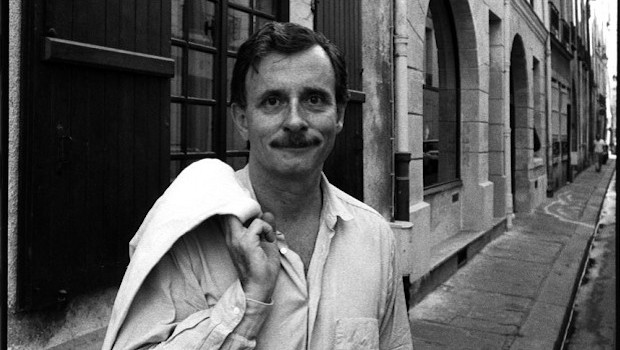 Inside A Pearl: My Years in Paris by Edmund White

Blurb: Edmund White was forty-three years old when he moved to Paris in 1983. He spoke no French and knew just two people in the entire city, but soon discovered the anxieties and pleasures of mastering a new culture. White fell passionately in love with Paris, its beauty in the half-light and eternal mists; its serenity compared with the New York he had known. Intoxicated and intellectually stimulated by its culture, he became the definitive biographer of Jean Genet, wrote lives of Marcel Proust and Arthur Rimbaud, and became a recipient of the French Order of Arts and Letters. Frequent trips across the Channel to literary parties in London begot friendships with Julian Barnes, Alan Hollinghurst, Martin Amis and many others. When he left, fifteen years later, to return to the US, he was fluent enough to broadcast on French radio and TV, and as a journalist had made the acquaintance of everyone from Yves St Laurent to Catherine Deneuve to Michel Foucault. He’d also developed a close friendship with an older woman, Marie-Claude, through whom he’d come to a deeper understanding of French life. Inside a Pearl vividly recalls those fertile years, and offers a brilliant examination of a city and a culture eternally imbued with an aura of enchantment.

“There is much here of the eating-roast-lamb-with-Stephen-Fry-and-Rushdie-in-Nigella’s-kitchen variety, but there is also his long, tender, beautiful friendship with Marie-Claude de Brunhoff, a relationship that provides one of the load-bearing struts of this fissile book… Each life is invaluable to its possessor; very few autobiographies come close to encapsulating that vitality and offering it to the reader as a gift. This book is one such.”

“When he describes one of his lovers, he talks about his “cold, untouchable core”. White recognised it, he says, because he “had it, too”. It is a startling admission, but it is clearly true. There is a matter-of-fact chattiness to the prose that makes his stories all the more shocking, and that makes the rare poetic touches stand out even more. Many of these are used in connection with Marie-Claude, an older heterosexual friend who takes him under her wing. By the time she dies of cancer, he has lost about 100 friends to Aids, but this is one loss too many. “I missed her kindness, her warmth, her elegance, her tapenade.” In the end, this dazzling memoir isn’t just a love song to a city — a city “so calm” it is “like living inside a pearl” — but a profoundly moving elegy to a friend.”

“Beautifully written… White has a knack for meeting celebrities, and this memoir could mistakenly be read as simple gossip, with glittering names in bold face… And White is very good at snapshots, a kind of verbal paparazzo… For all the frivolity, White never shrinks from naming his losses, especially that of his lover, Hubert…”

“It’s hard not to feel mildly depressed while reading this gossipy, celebrity-packed and immensely entertaining memoir of Paris in the 1980s and ’90s. You may have made partner at Covington & Burling; you might have sold your start-up for half a billion dollars; you could even have won the Pulitzer Prize for criticism. But isn’t your life pretty dull and lackluster, really, just long hours at the job, a drink at night, maybe an hour or two of television on the weekends? There’s nothing glamorous to it at all, nothing remotely resembling life “inside a pearl.””

“Engagingly written and full of gusto, Inside a Pearl is a book about France in which the “foreign” writer has sought to understand and, indeed, adapt to the interior lives of the French, as opposed to coolly keeping his distance… One of Inside a Pearl’s many guilty pleasures are the thumbnail portraits that White provides of Paris-based celebrities. We are treated to a “paranoid” Milan Kundera, a “heavily doped” Yves Saint Laurent, and a bizarre meeting with Christian Lacroix and his wife in the walled garden of their rented villa in Arles.”

“The sponsor of his Parisian existence was Marie-Claude de Brunhoff… His evocation of their friendship shows White at his most tender and astute; it makes MC live again and is delightful to read.There are vivid sketches of Paris street life, of the va et vient, poste et riposte of smart Parisians, with shrewd analyses of French manners – their emphasis on what is correct, their esteem for privacy, their resort to general principles, the institutional authority. Some readers, too, will be set aquiver by luscious descriptions of raunchy young men over whom he hovered and swooped in gyms and park bushes. There are also heart-wrenching chapters in which White describes the failing health and anguished death of his young lover… But Inside a Pearl has its faults.”

“Sloppy… Inside A Pearl, for all its faults, is, as always, diverting, affectionate as well as bitchy, and full of tips. Next time I’m in Paris, I’m heading straight for the menswear shop Hollington in rue Racine. Une bonne adresse.”

“A generous interpretation would be that White’s uneven structure is an attempt to mimic the workings of memory, which often behaves like a bad novelist, with its crudely drawn characters and messily unresolved plots. But that seems unlikely. If his experience of spending 15 years in Paris was as refined as living “inside a pearl”, his memoir seems more like the “heap of jewels, unstrung and unpolished” that Nahum Tate saw in Shakespeare’s King Lear. Yet each episode gleams so beautifully it almost doesn’t matter that some of the jewels turn out to be made of paste”

Inside A Pearl: My Years in Paris by Edmund White The Omnivore