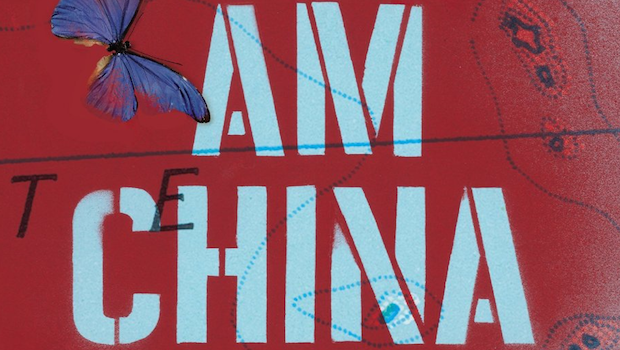 I Am China by Xiaolu Guo

Blurb: In a flat above a noisy north London market, translator Iona Kirkpatrick starts work on a Chinese letter: Dearest Mu, The sun is piercing, old bastard sky. I am feeling empty and bare. Nothing is in my soul, apart from the image of you. I am writing to you from a place I cannot tell you about yet. In a detention centre in Dover exiled Chinese musician Jian is awaiting an unknown fate. In Beijing his girlfriend Mu sends desperate letters to London to track him down, her last memory of them together a roaring rock concert and Jian the king on stage. Until the state police stormed in. As Iona unravels the story of these Chinese lovers from their first flirtations at Beijing University to Jian’s march in the Jasmine Revolution, Jian and Mu seem to be travelling further and further away from each other while Iona feels more and more alive. Intoxicated by their romance, Iona sets out to bring them back together, but time seems to be running out. (Chatto & Windus, May 2014)

“A kind of epistolary detective story, with structural echoes of A S Byatt’s Possession, as Iona unpicks the story of Mu and Jian, discovering them alongside the reader.Throughout, what truly astonishes is the scope of Guo’s insight and vision. In a narrative that always feels anchored in Jian and Mu’s story, the action shifts from Beijing to London, America to France, a “white-grey” asylum centre in Dover to a Cretan beach: Guo’s writing brings each setting intimately to life.”

“While the indirect presentation of their relationship via letters and translations lacks dramatic vitality – and it doesn’t help that Iona, who ostensibly stitches the story together, is thinly drawn – at its best this novel has bold, refreshing things to say about art and politics.”

“I Am China abounds with exaggeration (“she sleeps a deep sleep for three days, lying motionless, as if in a coma”) and dud metaphors (“Iona takes the CD from Jonathan with a big smile, like a child who’s managed to wrestle their kite down from the windy sky”). Dialogue is no better. This is Jonathan: “I believe you, Iona! But I must confess I am more interested in the exhibition. Let’s go in, shall we?””

“I don’t wish to spend my review of a novel about love and exile discussing clunky pashing but it’s difficult to trust novelists who write tin-eared dialogue and fail to create convincing scenes. A wider problem is encapsulated in this view from Millennium Bridge: “The great gash of river whose waves spread wide the legs of the capital.””

I Am China by Xiaolu Guo The Omnivore