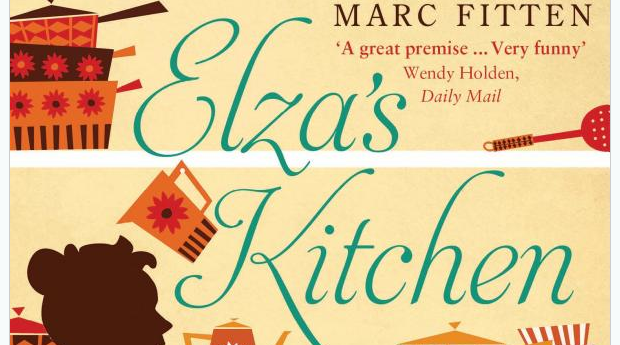 Blurb: For years, Elza has managed to get by. She has her own little restaurant in the Hungarian city of Delibab cooking quality versions of her country’s classics and serving them with a smile. But lately her smile has become tired. She is weary of serving the same customers the same dishes, and the loveless affair with her sous-chef is now an irritation. With her country in a state of transition from communism to capitalism, Elza embarks upon her own change. She decides to woo The Critic, one of the harshest, most powerful restaurant columnists in Europe, in the hope of landing a glowing review that will push her above the competition. But as relationships in the kitchen sour, the food threatens to turn with them, and not even Elza’s strained composure can prevent the chaos that seems fated to engulf her. (Bloomsbury, 2013)

“It’s a great premise and Fitten writes well about food and restaurants. He is also very funny but goes overboard a bit.”

“Fitten’s cheery fable follows Elza in her quest for a new beginning. As in Valeria’s Last Stand, most of the characters have the roughly hewn quality of woodcuts. Elza’s many appreciative visitors to The Tulip – the Motorcycle Officer, The Post Inspector and The Humanities Professor – are never given real names. Serious nomenclature is only granted to Pisti, a little Roma boy who comes to play a significant role in shaping Elza’s future. Despite this broad-brush approach, Fitten gets us to care about his heroine’s predicament.”