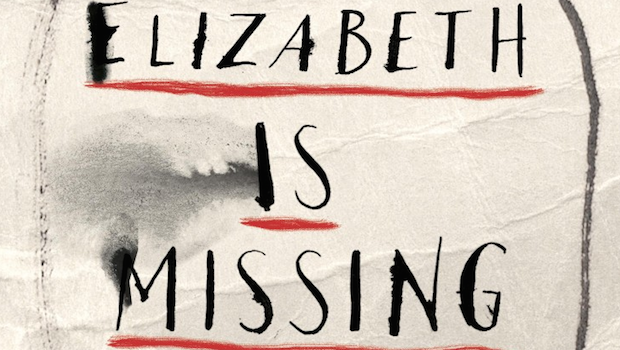 Elizabeth Is Missing by Emma Healey

Blurb: Lately, Maud’s been getting forgetful. She keeps buying peach slices when she has a cupboard full, forgets to drink the cups of tea she’s made and writes notes to remind herself of things. But Maud is determined to discover what has happened to her friend, Elizabeth, and what it has to do with the unsolved disappearance of her sister Sukey, years back, just after the war. (Viking, June 2014)

“If I had to describe it in one word, it would be beautiful. It is a gripping thriller, but it’s also about life and love: the love of an exasperated daughter for her mother; the love of sisters and of friends and the love I felt for Maud.”

“Emma Healey’s ambitious novel is written in Maud’s voice, and it vividly conveys the frustration of an intelligent woman whose memory has become fragmentary. Of course, no one can really know what it is like to live with dementia, but Healey’s imagined version feels authentic, capturing her heroine’s irritation when well-meaning people do not follow her fractured thought processes.”

“Healey weaves her two mysteries together skilfully, and the twin timeline adds to the feeling of suspense. This is still a novel that benefits from re-reading, though: you don’t necessarily recognise the significance of certain details until the final pages. And the ending itself is a little anti-climatic: one half of the story is left too open, the other is wrapped up too neatly. But Healey’s talent is evident in her portrayal of dementia.”

“The use of Maud as a narrator is at once brilliant and unconvincing. She may behave like a woman with vascular dementia, but expresses herself in her internal voice exactly like a novelist, in beautiful sentences, as if the disease entailed a failure to communicate complex thinking coupled with benign amnesia. A lot of the humour in this gently funny book springs from Maud’s unsuitability for the role of investigator, combined with her endearing determination to keep at it.”

“The drawback for me as a reader was the device that holds the whole thing together: Maud’s lack of memory. At any point anyone is able to tell her what has happened to Elizabeth (and, as you can guess, there are only a couple of options). Perhaps they do tell her, but she forgets to tell us, the reader. Or, as the novel seems to suggest, she does know but in her confused state she can’t keep the information in her mind. I eventually found this device frustrating rather than thrilling.”

Elizabeth Is Missing by Emma Healey The Omnivore