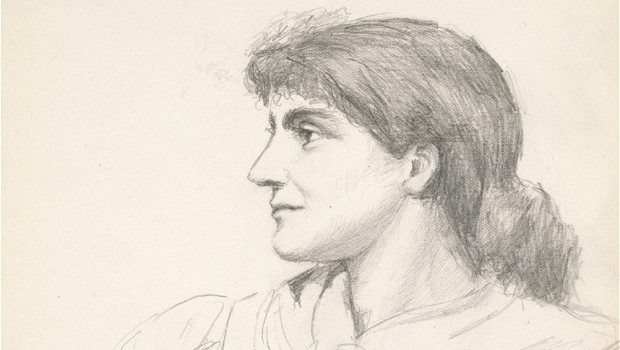 Blurb: Unrestrained by convention, lion-hearted and free, Eleanor Marx (1855-98) was an exceptional woman. Hers was the first English translation of Flaubert’s Mme Bovary. She pioneered the theatre of Henrik Ibsen. She was the first woman to lead the British dock workers’ and gas workers’ trades unions. For years she worked tirelessly for her father, Karl Marx, as personal secretary and researcher. Later she edited many of his key political works, and laid the foundations for his biography. But foremost among her achievements was her pioneering feminism. For her, sexual equality was a necessary precondition for a just society. Drawing strength from her family and their wide circle, including Friedrich Engels and Wilhelm Liebknecht, Eleanor Marx set out into the world to make a difference – her favourite motto: ‘Go ahead!’ With her closest friends – among them, Olive Schreiner, Havelock Ellis, George Bernard Shaw, Will Thorne and William Morris – she was at the epicentre of British socialism. She was also the only Marx to claim her Jewishness. But her life contained a deep sadness: she loved a faithless and dishonest man, the academic, actor and would-be playwright Edward Aveling. Yet despite the unhappiness he brought her, Eleanor Marx never wavered in her political life, ceaselessly campaigning and organising until her untimely end, which – with its letters, legacies, secrets and hidden paternity – reads in part like a novel by Wilkie Collins, and in part like the modern tragedy it was. Rachel Holmes has gone back to original sources to tell the story of the woman who did more than any other to transform British politics in the nineteenth century, who was unafraid to live her contradictions.

The making of a Marx: The life of Eleanor Marx, the mother of socialist feminism | Rachel Holmes | The Indpendent

“Rachel Holmes’s new life is a substantial one, written with brio and an appropriate sense of the public and private drama that accompanied Eleanor almost daily… She was a remarkable woman from a remarkable family, and her life story contains more love, humour, fun, pathos, disappointment, achievement and final tragedy than most. Rachel Holmes’s ambitious, wide-ranging, scrupulously researched, lively and sympathetic biography does her full justice.”

“I doubt the reader will close this brilliant biography unmoved by this extraordinary woman’s life and untroubled by the inevitable questions it raises about global capitalism now.”

“Holmes’s prose is energetic and inventive. Her book begins with a bang. “Eleanor Marx changed the world”, she declares. Having fired her starting pistol, Holmes is off on a bravura display of verbal gymnastics, scoring full marks for vigour and presentation, if dropping a point here and there on syntactical precision. Readers may want to argue with the author – she will sometimes harass them with an excess of information – but it’s clear from the off she will do so with éclat.”

“Gripping… The story of Eleanor Marx is shot through with the melodrama of the great Victorian novels — a tale of secrets, infidelities, lost letters and legacies, depression, deception and ultimate tragedy. Just as the Left seems always doomed to infighting and factionalism to the point of bitter hatred, and just as sincere socialists like Tussy are fated to be disappointed by the brutal truth that the mass of workers do not want what they want them to want — so the great heart of Tussy Marx was destined to be broken by a cad. Reading of what Holmes calls her ‘unsufferable’ forgiveness, you want to time-travel and slap Marx’s brilliant daughter for blind stupidity.”

“Holmes, whose sympathy for her subject is infectious, declares: “Eleanor Marx changed the world.” This doesn’t quite convince. The book, so astute on personal details and relationships, goes woolly when it deals with ideas. It is not the case, for example, that “feminism began in the 1870s” with Tussy. Her 16-page pamphlet on The Woman Question was slight by comparison with earlier feminist writings, such as those by Charles Fourier in the 1830s or Mary Wollstonecraft in the 1790s. Reading about this generous and far-seeing woman, it is hard not to wish that she had changed the world. How much better the 20th century would have been if it had been Eleanor’s views on the freedom of women that were adopted instead of her father’s communist doctrines.”

Eleanor Marx: A Life by Rachel Holmes The Omnivore