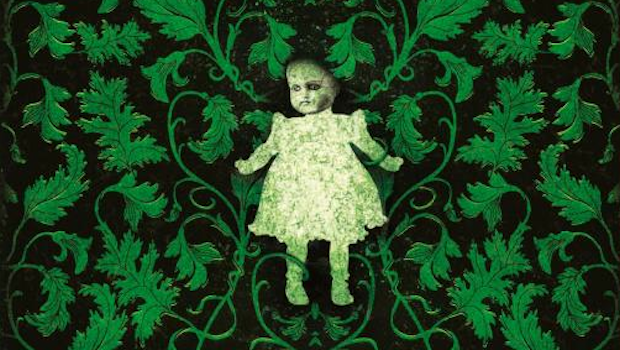 Blurb: The remoter parts of the English Fens are forlorn, lost and damp even in the height of summer. At Iyot Lock, a large decaying house, two young cousins, Leonora and Edward are parked for the summer with their ageing spinster aunt and her cruel housekeeper. At first the unpleasantness and petty meannesses appear simply spiteful, calculated to destroy Edward’s equanimity. But when spoilt Leonora is not given the birthday present of a specific dolly that she wants, affairs inexorably take a much darker turn with terrifying, life destroying, consequences for everyone. (Profile, 2012)

“Susan Hill is the queen of the traditional ghost story and this one has a beautifully crafted creepiness; the suppressed violence of childhood is set in an atmosphere of mystery and decay. The slow-burning horror comes from the violent meeting of innocence and evil. Superb, and scary.”

“While parallels with The Turn of the Screw might be assumed, it is not the psychology of the perception of evil that is considered in Dolly but evil itself. The narrative is conventional but an examination of love and the lack of it is the substance of the book. Is evil caused by psychological damage, or is it inherent?”

“In a book as short as this, what’s left out is as important as what’s left in. There’s a sense of each character’s life beyond the page which reveals Hill’s immense skill. She’s very good on horrid shocks that stay in the mind and, while I’d be lying if I said I was totally convinced by the logic of the denouement, I relished the nastiness therein.”

“It starts with a wind swept across the fens, an inexplicable rustle and the hint of creepy foreboding that is the signature starting point of Hill’s ghostly stories. This one is as accomplished and effective as the rest, not tired in the least even if there is a cunning formula at work.”