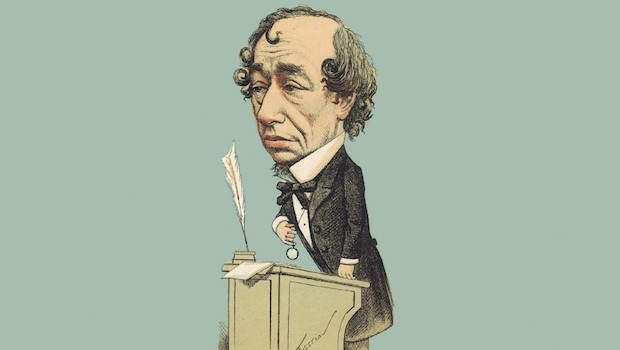 Disraeli: Or the Two Lives by Douglas Hurd and Edward Young

Blurb: Benjamin Disraeli was the most gifted parliamentarian of the nineteenth century. A superb orator, writer and wit, he twice rose to become Prime Minister, dazzling many with his famous epigrams along the way. But how much do we really know about the man behind the words? How did this bankrupt Jewish school dropout and trashy novelist reach the top of the Victorian Conservative Party? And why does his reputation continue to have such a hold over British politics today?

In this engaging reassessment, Douglas Hurd and Edward Young explore the paradoxes at the centre of Disraeli’s ‘two lives’: a dandy and gambler on the one hand, a devoted servant and favourite Prime Minister of the Queen on the other. A passionately ambitious politician, he intrigued and manoeuvred with unmatched skill to get to – in his own words – ‘the top of the greasy pole’, but he also developed a set of ideas to which he was devoted. His political achievements are never quite what they seem: he despised the idea of a more classless society, he never used the phrase ‘One Nation’, and although he passed the Second Reform Act he was no believer in democracy.

By stripping away the many myths which surround his career, Douglas Hurd and Edward Young bring alive the true genius of Disraeli in this wonderfully entertaining exploration of his life. (Weidenfeld & Nicolson)

“The main thesis of Hurd and Young is that it was Disraeli’s courage that made him a success. The authors conclude with a denunciation of today’s politicians for lack of this same courage; although Boris Johnson is commended for having done today what Disraeli did in the 19th century, “namely raise the level of interest in politics up several pegs”. This conclusion, following the frequent modern references, makes it clear that the authors have in fact aimed at writing not an enduring masterwork such as Robert Blake’s Disraeli (1966), but a truly political biography in the strict sense of the words. And they succeed triumphantly.”

“[A] splendidly written, finely judged and thoroughly persuasive book … Disraeli has never struck me as an admirable character, especially when compared with more rigorous, selfless and ­serious-minded contemporaries such as Peel and Gladstone. But as Hurd and Young rightly point out, his flair and charm meant that he was never entirely dislikeable.”

“What a dreadful man. Did anybody – could anybody but his sister Sarah and his wife Mary Anne – really like him? I finished this book (read easily in a single evening for it is simply and beautifully written and always entertaining) aghast. Of course, and as they acknowledge, the authors are not the first to question the myth of Disraeli, the “one-nation” visionary seized with the lifelong purpose of reconciling Conservatism with social progress. But they may be the last. Though few serious studies of the man and the life have failed to contrast the practice with the principles, Hurd and Young have presented the case so steadily and with such deft use of anecdote and quotation, that you do wonder whether there’s any more to be said.”

“This is an invigorating account, bracingly cynical and told with commanding ease — at least one of these authors has been around the political block a bit — and a lovely dry turn of phrase. It isn’t exhaustive, and it’s far more interested in Disraeli’s politics than his private life.”

“Although Douglas Hurd is a Tory magnifico and his collaborator, Edward Young, served as David Cameron’s speechwriter, their book is far from a hagiography of their party’s idol. Their explanations of who Disraeli was, what he thought and wanted, how he operated, and whether his achievements and influence endured, are unflattering. The book is more a study in character – of the swift reactions of a volatile, opportunistic and irresponsible egotist to changing circumstances – than a staid political narrative. As a result, Disraeli: Or the Two Lives is full of unexpected jolts and paradoxes. It proves an unflagging pleasure to read – unexpectedly so for those who dislike the politics of the authors or their subject.”

It cannot be said that this book has any startling revelations, though the authors have uncovered some interesting new material, including personal correspondence, notes for speeches and records of private conversations with political contemporaries. Nor do they present a radical new interpretation of Disraeli: he remains the wonderfully entertaining political magician of legend, full of dazzling wit and tactical audacity, adored and distrusted in equal measure. Where Douglas Hurd and Edward Young succeed is in the beautiful style of their writing, the pace of their narrative and their ability to condense complex political problems.

“Rarely, as you read a biography, does it dawn on you ever more strongly that the biographer really does not like his subject … The authors claim they are only out to demolish the myth — but they come close to demolishing the man. The result of all this debunking is that I began to admire Dizzy all the more as a shrewd realist in a Victorian fairy tale of sententious pomposity and hypocrisy … [An] unfair but interesting biography”

Disraeli: Or the Two Lives by Douglas Hurd and Edward Young The Omnivore