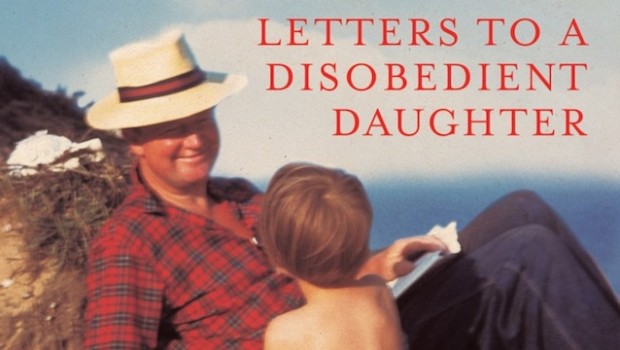 Dear Lumpy: Letters to a Disobedient Daughter by Louise Mortimer and Roger Mortimer

Blurb: Dearest Lumpy, I hope you are plump and well. Your mother bashed her car yesterday and chooses to believe it was not her fault…’Roger Mortimer’s witty dressing-downs and affectionate advice were not only directed at his wayward son, Lupin. Though better behaved than her mischievous older brother, Louise (aka ‘Lumpy’) still caused her father to reach for his typewriter.

The trials and tribulations of Louise’s days at boarding school, her eventful wedding to Hot-Hand-Henry and the birth of his grandchildren are all accompanied by a sometimes chiding, but always loving letter. Between these milestones, Roger gives updates on the family, pets and the local gossip, holds forth on the weather, road safety, and even suggests the best way to make a gravy soup, all in his own inimitable style. With the same unique charm and often snort-inducing humour that made Dear Lupin a bestseller, Roger Mortimer guides and supports his daughter through every scrape she found herself in. Hilarious and instantly familiar, Dear Lumpy is a perfect example of the glorious art of letter writing, and the timeless relationship between father and daughter. (Constable)

Dear Lumpy, don’t eat too many sweets or you’ll burst out of your clothes: Racing journalist Roger Mortimer’s hilarious letters to his daughter | Daily Mail

“Thank goodness for boarding schools.  If Roger Mortimer’s children had gone to a day school, their father would have had no occasion to write to them, and two of the most enjoyable books of recent years would never have been published ... the letters are at their best when they describe nothing at all: “Jenny Burnaby-Atkins dropped a 12 lb frozen turkey on her foot and is not surprisingly hors de combat”.”

“I suspect your enjoyment of Dear Lumpy will depend to a large extent on just how crusty you like your crusty old buggers to be. Personally, I like mine very crusty indeed, and as a result snorted happily into my Inverness cape throughout.”

“…just as drily funny, just as succinctly evocative, and arguably more moving than Lupin’s lot. This is a rare case of a sequel being an equal, though if the third sibling Jane (aka Miss Bossy Pants) makes it a trilogy we may finally see diminishing returns.”

“There’s a lot that’s entertaining here – from Roger’s burgeoning friendship with a toad he christens “Harold Wilson” to his ambivalent interest in the topless German bathers he encounters on holiday. What marks his prose style, and his distinctive temper of emotional repression, is the rapid zigzag of subject matter from the inconsequential to the horrific and back again, delivered in the same even tone of someone going through a shopping list in a spirit of bored whimsy … There comes, however, even through the brisk tone, an autumnal note of self-pity. ”

“Dear Lupin was, without doubt, the funniest book of 2012. As Dear Lumpy proves, it was a hard act to follow … Two hurt and rather poignant letters follow both the marriage and documentary, but largely Roger sticks with material that will be familiar to readers of Dear Lupin: the eccentricities of the Mortimer family and their series of incontinent dogs. The resulting letters are colourful and entertaining enough, but don’t quite have the panache of Dear Lupin.”

Dear Lumpy: Letters to a Disobedient Daughter by Louise Mortimer and Roger Mortimer The Omnivore