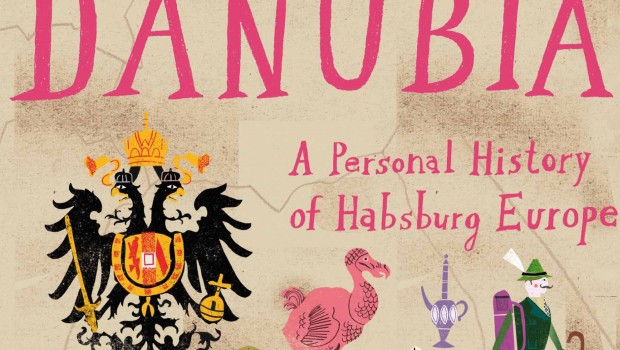 Danubia: A Personal History of Hapsburg Europe by Simon Winder

Blurb: For centuries much of Europe was in the hands of the very peculiar Habsburg family. An unstable mixture of wizards, obsessives, melancholics, bores, musicians and warriors, they saw off – through luck, guile and sheer mulishness – any number of rivals, until finally packing up in 1918. From their principal lairs along the Danube they ruled most of Central Europe and Germany and interfered everywhere – indeed the history of Europe hardly makes sense without them.

Simon Winder’s extremely funny new book plunges the reader into a maelstrom of alchemy, skeletons, jewels, bear-moats, unfortunate marriages and a guinea-pig village. Danubia is full of music, piracy, religion and fighting. It is the history of a dynasty, but it is at least as much about the people they ruled, who spoke many different languages, lived in a vast range of landscapes, believed in many rival gods and often showed a marked ingratitude towards their oddball ruler in Vienna. Readers who discovered Simon Winder’s genius for telling wonderful stories of middle Europe with Germania will be delighted by the eccentric and fascinating stories of the Habsburgs and their world.

“Never averse to putting himself at the centre of what he discovers on his travels, he has written a book that is every bit as entertaining and enlightening as Germania. It would be an exaggeration to suggest that readers will never be confused or bored following the author through the centuries and the twists and turns of his narrative, but they will often be entranced and amused. Anyone with an interest in a part of Europe and a section of history largely ignored in our schools and universities will find this book richly rewarding.”

“Winder plainly knows his way around the empire: he’s not only more knowledgeable than he makes out about military history; he’s also well-read and clever about art and music. Sometimes the winsomeness is trying. A down side of approaching history as a tourist is that, by definition, you never quite inhabit the period. There’s a sort of chronological orientalism to all this pointing and laughing. But at the same time it is very funny.”

“As with his previous work Germania, Winder describes this account as a “personal history”, allowing him space for whimsy, for a great deal of Haydn, for careful analysis of paintings and the freedom to favour certain emperors because they were interesting people rather than political heavyweights. It all makes for an excellent, rich and amusing read.”

“Winder’s history could in fact have benefited from being even more “personal”. He has clearly been everywhere, and it is a shame we don’t get more of an idea of what it was like for the “ordinary people” who lived in the places he visited at any given time. Though we do get his amusing thoughts on the “cone-shaped” breasts of the nude caryatids in the Musikverein concert hall in Vienna, and on the risk of being hit “by a falling piece of allegorical woman” in Lviv, where “almost every pediment or turret has a tribute to the limber models and girlfriends” of the sculptors who created them “on an industrial scale”. Less amusing is the feeling that the journey takes an awfully long time. It take hundreds of years, or rather hundreds of pages, before we get to the era after 1848, when the book really takes off. Winder is a publishing executive (at a different publisher), and one wonders whether his editors, like Habsburg court flunkies embarrassed before the emperor, were simply frightened to tell him that some passages go on too long.”

Danubia: A Personal History of Hapsburg Europe by Simon Winder The Omnivore