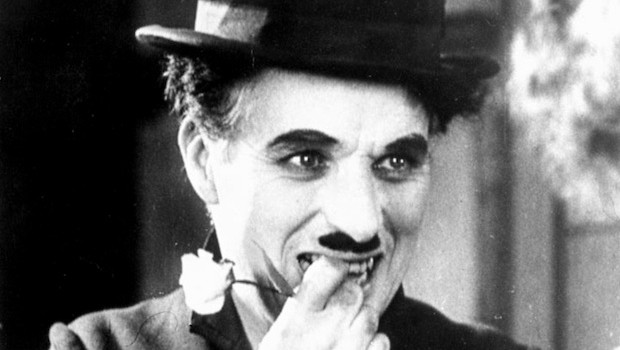 Blurb: He was the very first icon of the silver screen, and is one of the most recognisable faces in Hollywood, even a hundred years on from his first film. But what of the man behind the moustache? The director holding the camera as well as acting in front of it? Peter Ackroyd’s new biography turns the spotlight on Chaplin’s life as well as his work, from his humble theatrical beginnings in music halls to winning an honorary Academy Award. Everything is here, from the glamour of his golden age to the murky scandals of the 1940s and eventual exile to Switzerland. This masterful brief life offers fresh revelations about one of the most familiar faces of the last century and brings the Little Tramp into vivid colour.

“[An] admirably concise and evocative biography… Chaplin’s rise makes an enthralling story, and it’s one perfectly suited to Peter Ackroyd’s prodigious and idiosyncratic talents… As Chaplin ascends, this book, perhaps inevitably, declines. Ackroyd has opted for a chronological narrative, which means that his account of Chaplin’s happiest times, when he was working flat out, becomes little more than a catalogue of films.”

“The love of anecdote and gossip makes for a pacy read; one so propelled by chronology and concision that the actual films get short shrift… Ackroyd brings a novelist’s as well as a biographer’s eye to the story of a man who “seemed to epitomise the human condition itself, flawed and frail and funny”, and is strong on character analysis, contrasting Chaplin the man and the character he played.”

“The many thousands of words that have been written about Chaplin leave little room for originality — which Ackroyd does not, in any case, lay claim to. Instead he offers a compact, engrossing, intelligent resifting of the available evidence. Like many geniuses, Chaplin gave joy to millions and hell to a few closer to home. Ackroyd leaves us to decide which matters more.”

“Ackroyd is excellent on the daily crises that stem from being owner-operator of a world-class talent: the terrible romances (before the final, peaceful marriage to Oona O’Neill) and the dictatorial spirit of those cocooned by fame. It is true that the squalor and troubles of London are more vivid in this book than the American years that follow, but I suspect this was the case for Chaplin also. Reading Charlie Chaplin, I sometimes wished that Ackroyd’s compressed narrative might have had a little more room to expand, but the luxury of a short book about a vast life cannot be overestimated.”

“…a concise life, accurate, sensible, decently written and useful for novices… This is not a book researched from paper archives, though Ackroyd has watched some of the films closely. I’m still not sure about his need, however. For whereas without question he was once driven to absorb Charles Dickens so that he could reinvent him as an audacious fictional being, he never risks that confrontation with Chaplin. Far from not wanting to be him, I suspect Ackroyd dislikes him.”

“The short biography he has produced may read like a rush job, devoid of any startling revelations or fresh research, but its brisk and unaffected prose does the business effectively and is enlivened by the author’s sharp eye for pertinent anecdote and telling detail.”

“The Chaplin of his brief biography is rooted in frowsy, smelly south London… But he never returned to his native turf, and lived instead in mansions on private estates in Hollywood and Switzerland. On later visits to England – which he considered to be “small and tight and dismal” – he preferred to squint across the Thames at south London from the vantage point of his suite at the Savoy… The “salmon-like instinct for home” that Ackroyd attributes to Chaplin is surely an illusion.”