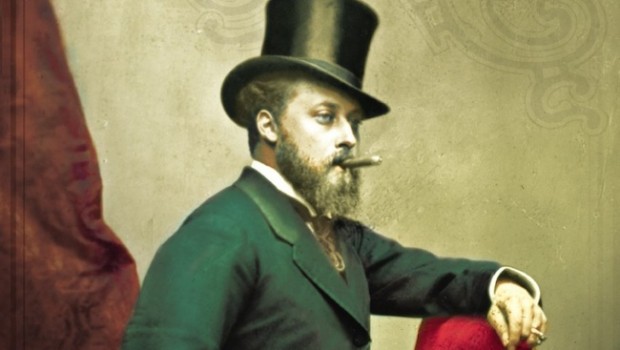 Bertie: A Life of Edward VII by Jane Ridley

Blurb: Edward VII was fifty-nine when he finally came to power in 1901. He was only king for the last nine years of his life. The eldest son of Victoria and Albert, Bertie was bullied by both his parents. Victoria blamed his scandalous womanising for Albert’s early demise, and this richly entertaining biography reveals his power struggle with Queen Victoria as one of the stormiest mother-son relationships in history.

Denied any proper responsibilities, the heir to the throne spent his time eating (‘Tum Tum’), pursuing women (‘Edward the Caresser’), gambling, going to house parties and race meetings, and shooting pheasants. His arranged marriage to the stunning Danish princess Alexandra gave him access to the European dynastic network; but his name was linked with many beauties, including Lillie Langtry and Winston Churchill’s mother. The most romantic – and the most dangerous – of his mistresses was Daisy Brooke (‘Babbling Brooke’) and the most political and manipulative was Alice Keppel. But contrary to popular belief, the playboy prince was also an instinctive diplomat: when he eventually became king he did a good job, especially in foreign policy. He further confounded his critics by reinventing the monarchy and giving it a new role for the twentieth century.

“Splendid … This book started out, Ridley tells us, as a short study of Bertie’s relations with these many women in his life (including of course his mother). It turned into something more comprehensive; but the women are still there, giving a crucial perspective to a man and a reign to which they are usually seen as frivolous adjuncts.”

“This is not only the best biography of King Edward VII; it’s also one of the best books about royalty ever published … Vivid, detailed and original though her portrait is, however, it has a fundamental flaw. This stems from Ridley’s determination to depict Bertie in Shakespearean terms, as a latter-day Prince Hal who duly turned into a model monarch … Bertie reigned with dignity but he did not rule in any sphere except the domestic.”

“Jane Ridley has written a magisterial, entertaining book that is unlikely to be bettered … There is perhaps a little too much of his philandering and philistinism, entertaining though it is. Ridley’s subject is billed as ‘the playboy Prince who saved the monarchy’, a statement with which I cannot say I totally agree, though it is true that he made the monarchy visible while the widow of Windsor remained in mourning for her angel, until winkled out of her stubborn solitude by Benjamin Disraeli.”

“It is the thesis of Ridley’s wonderfully amusing book that he proved himself in the end to be like ‘Shakespeare’s Prince Hal, the dissolute prince who reformed after his accession to become the modern king’. This is going too far … The main claim for King Edward VII’s reputation rests, as Ridley notes, ‘upon his role in foreign policy’. His most notable achievement in that field was his trip to Paris in May 1903: it helped lay the ground for the Anglo-French Entente of 1904 … Ridley complains that the politicians subsequently wrote him out of history, saying of Balfour’s insistence that the king had ‘nothing to do’ with the entente: ‘What Balfour failed to acknowledge was that the king’s visit to Paris was policy in itself.’ This is to set the bar pretty low for what was required of a British monarch by 1903. If being a smiling, waving celebrity was enough, Bertie was brilliant at being king; but it was not exactly the role Henry V assumed on the death of his father.”

“This book deserves to be named in the same breath as those two great classics of royal biography, Roger Fulford’s Royal Dukes and James Pope-Hennessy’s Queen Mary. It shares with those two masterpieces the double advantage of being profoundly learned and a cracking good read … Every page of Bertie is entertaining and tells us something new; and it is surely true to say that royal biography, as a genre, will never be quite the same again.”

“With this richly detailed, impeccably researched book, written with a light touch and full of human sympathy, Ridley has achieved a landmark royal biography, one without a trace of sycophancy, which strips away the dull film of received ideas and recycled gossip and presents a flawed but decent man who did his job with all his heart.”

“Exhaustively researched, richly colourful and wittily observed … Ridley makes a persuasive case that Bertie, far more than his mother, deserves to be regarded as the founder of the modern monarchy. Unlike the reclusive Victoria, he grasped the importance of putting on a big public show; unlike Victoria, too, he recognised that the monarchy must be above party politics. Quite unexpectedly, this unashamedly upper-class, philandering, gourmandising man turned himself into that most modern creature, a genuinely popular democratic monarch.”

“Though the gossip columnists had plenty of material to work with, they only told part of the story. Ridley … does an excellent job of redressing the balance.”

Bertie: A Life of Edward VII by Jane Ridley The Omnivore