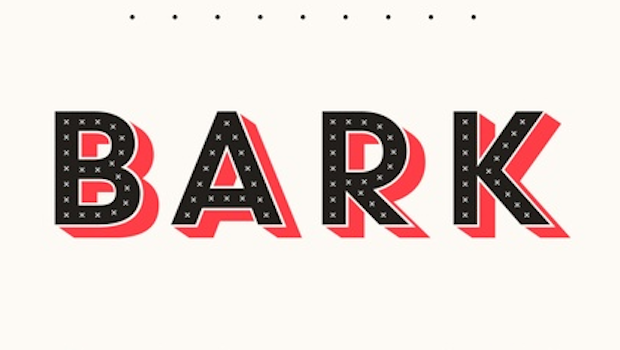 Blurb: In these eight masterful stories, Lorrie Moore, explores the passage of time, and summons up its inevitable sorrows and comic pitfalls. In ‘Debarking’, a newly divorced man tries to keep his wits about him as the US prepares to invade Iraq. In ‘Foes’, a political argument goes grotesquely awry as the events of 9/11 unexpectedly manifest at a fundraising dinner in Georgetown. In ‘The Juniper Tree’, a teacher, visited by the ghost of her recently deceased friend, is forced to sing ‘The Star Spangled Banner’ in a kind of nightmare reunion. And in ‘Wings’, we watch the unraveling of two once-hopeful musicians, who neither held fast to their dreams, nor struck out along other paths. (Faber & Faber, March 2014)

“Moore has been accused of a restricted similarity in her themes, and of a propensity to whimsical declamations. Yet she is a forensically brave writer, acutely attuned to life’s randomness, with a semantic virtuosity rarely equalled.”

“There are eight stories in this collection, each one a gem; Moore is one of the world’s great artists of the short story. She writes about ordinary things happening to ordinary people, yet with such accuracy and wit that she makes them express something universal.”

“What I am struck by is how, aside from the expected maturing of tone and the enlarged range of experience on which she draws, the pleasures of reading Moore (and it is pretty much pure pleasure) have remained essentially the same. If she still seems a writer of enormous promise that is because promise – as embodied by the youthful daughters, the gorgeous and often gormless young who illuminate the middle-aged world of the recent stories – is still her subject, even if at least half of her attention is now fixed on its busted aftermath, when those fantastic adhesives are both badly needed and impediments to getting unstuck and moving on.”

“Reading these stories is an intense, disquieting, exhilarating experience. Moore does not consider short stories any kind of quick fix, fast literary food for an age with Twitter and Facebook-shortened attention spans. Rather the opposite. ‘There’s a lot of yak about how short stories are perfect for the declining public attention span,’ she told the Paris Review in 2001. ‘But we know that’s not true. Stories require concentration and seriousness.’”

“several of these stories broaden their human scope to take the political temperature of the past decade. In one, a man makes a frightening discovery when seated at dinner with a hawkish 9/11 conspiracy nut; in another, a woman discovers that her old lover has been briefing the CIA on how to humiliate prisoners at Abu Ghraib. There is also, for the first time in her work, a ghost story, which resonates with a delightful dull frankness as the friends of the ghost, noting its ‘effortful and pinched’ smile and its passiveaggressive compliments, approach it with the same blend of compassion and annoyance that they did before it died. Plenty of reasons, then, to read these wincingly funny stories of ageing and disappointment.”

“The uncrowded format of Bark allows each story the chance it deserves for leisurely examination and appreciation, like the kind of museum retrospective you never get to see anymore. It’s just enough: No admirer of Moore’s will go away either overloaded or unsatisfied, and it lets us contemplate and savor just what makes her work unique.”

“… her writing comes imbued with the odd shift, the surreal juxtaposition, the bitingly humorous aside. (“Surrealism,” she points out, “could not be made up. It was the very electricity of the real.”)”

“Bark is engrossing, very funny and wonderfully written, but it does come with a safety warning. Half of its 190 pages have already appeared in Moore’s Collected Stories (which now sounds ironic and obsolete).”

“Approximately half the stories here are typical Moore fictions — which means they are extremely good … The other four stories are stranger. The Juniper Tree is a ghost story, or a Moore story in which a ghost materialises; it is impressive, though probably not as good as similarly daring pieces from earlier in her career. The final three are perhaps not so successful.”

“In many ways, Bark reads like a collection of poems, mysterious – not giving everything at once – requiring you to search and wonder. I would often find myself going back and rereading passages, trying to figure out all the things they could possibly mean, peeling back the layers like an onion. The collection does not have the frantic vibrancy of Moore’s earlier writing, it doesn’t grab your hand and pull you through a chaotic love affair of youth like “How to Be an Other Woman”, and it seems tranquil in comparison. The calmness of the prose, however belies the content of the stories it tells.”

“None of the remaining seven stories are anything like as good as this one. Three are worth reading, including one which is a modern riff on Henry James’s The Wings of the Dove. Another, called ‘Referential’, has a mother visiting her only son in a secure psychiatric unit, in the reluctant company of an ex-lover … This is almost too sad to bear. Of the rest, three are duds and one is indifferent. But people happily visit London just to take in Buckingham Palace or a show and don’t complain about the dullness of the suburbs. Readers may obtain this collection in like spirit. ‘Debarking’ is as good a story as any that will be published this year and it alone is worth the price of admission.”

“This new collection is thinner than might be expected. Three out of eight stories have already been printed in the 2008 Collected Stories. This collection, too, is much more uneven than previous work. Though it contains things to cherish, it also suggests that Moore’s writing has started to lose its delicate balance of tone. If the stages of rage, reported by Moore in the last collection, are “Anger, Denial, Bargaining, Häagen-Dazs, Rage”, then the stages in a career like hers might be described as Original, Quirky, Kooky, Ditsy, and, finally, Footling.”

“Most of the stories in Bark are set in the tundra of middle age, and deal with divorce, death, disillusion or other sorts of hurt. There are some deeply affecting moments here — mostly involving children — but they remain just that: moments, islands in stories that, for the most part, are heavy-handed and forced. Many of the characters come across as synthetic types, instead of as specific people delineated intimately from within. And all too often, Ms. Moore’s custom blend of jokes, inner road maps and social observation devolve into what read like imitation Lorrie Moore stories.”