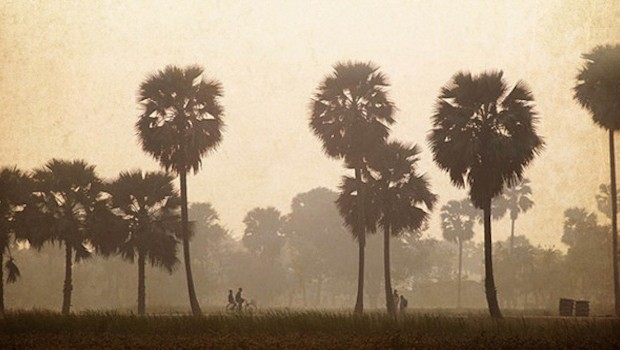 Blurb: In 1912, the SS Birmingham approaches India. On board is Morgan Forster, novelist and man of letters, who is embarking on a journey of discovery. As Morgan stands on deck, the promise of a strange new future begins to take shape before his eyes. The seeds of a story start to gather at the corner of his mind: a sense of impending menace, lust in close confines, under a hot, empty sky. It will be another twelve years, and a second time spent in India, before A Passage to India, E. M. Forster’s great work of literature, is published. During these years, Morgan will come to a profound understanding of himself as a man, and of the infinite subtleties and complexity of human nature, bringing these great insights to bear in his remarkable novel. (Atlantic Books, March 2014)

“If loneliness, punctuated by moments of intimacy as well as misunderstanding, was the subject being teased out by Galgut in his previous novel, the same is true here, but refracted through a particular figure in a particular time. Fussy, gentle, perpetually middle-aged and used to thinking of himself as a “minorite”, Galgut’s Forster seems to be drawn with fidelity to the historical persona of the English novelist that has been passed down to us in his own words as well as in biographies and critical works.”

“It is beautifully written and utterly compelling – though I’m still not sure what I think about the current vogue for fictionalised biographies (see David Lodge’s A Man of Parts about HG Wells). Aren’t they just biographies with added speculation and no index? Aren’t they, in fact, simply the dirty bits that there are never enough of in conventionally scholarly biographies? Perhaps – but Galgut manages to put across a vivid, moving account of the man that makes you want to read all his books again”

“Galgut is also very good on how the stuff of the life is transformed into the stuff of art, and perhaps this is the perfect form in which to make those connections. For example, near the beginning of the novel, while he is on board a ship to India, Forster hears that one of his fellow passengers has accused his cabin mate of trying to kill him. His best-known biographer, PN   Furbank, merely notes that the incident (the inspiration, according to Furbank, for Forster’s late story The Other Boat) “returned to Forster’s mind nearly 40 years later”, but Galgut shows the seeds of it settling there and then … My only real criticism would be that, if anything, Galgut’s narrative sticks a little too closely to what we already know about Forster’s life.”

“Galgut’s knowledge of his subject seems completely absorbed and lightly worn. Diehard fans will enjoy, I assume, many moments of smug pleasure at spotting biographical details later carefully deployed in the fiction.”

“Arctic Summer draws on Forster’s writings to conduct a bold, imaginative exploration of the novelist’s inner life. Forster’s “Indian novel” is a constant presence, and its themes and images are skilfully transposed into Galgut’s portrait of its creator.”

“Arctic Summer takes a while to get going. There’s a slightly paint-by-numbers quality (a corollary of Galgut’s intense fidelity to biographical fact) to the itinerary of Forster’s first Indian tour … But by the end of the book Galgut has almost completely dug himself out of his hole. This is in large part down to holding his nerve, I think. He doesn’t try to compete with Forster, and the inspiration-signposting – the sense that Arctic Summer is trying to give us the formula for Forster’s book – falls away. The concern is Forster’s inner life, and Galgut inhabits him with such sympathetic completeness, and in prose of such modest excellence, that he starts to breathe on the page.”

“Despite its depiction of Forster’s struggle to write and to find happiness,Arctic Summer is oddly without direction. Novels about novelists can do things that biographies can’t: consider the psychological depth of Colm Tóibín’s The Master (Henry James) or the experimentation of Julian Barnes’s Arthur and George (Arthur Conan Doyle); but Galgut is too wedded to the latter genre to produce a completely successful example of the former.”

“Sexual discretion, divided loyalties, camouflaged affinities, cryptic meanings, suppressed identities — both sexual and inter-racial — comprise the themes ofArctic Summer. It is a decorous, ambling, old-fashioned novel, but not a surpassing success. The timidity of a man who remains a virgin until the age of 37 makes for flat reading.”