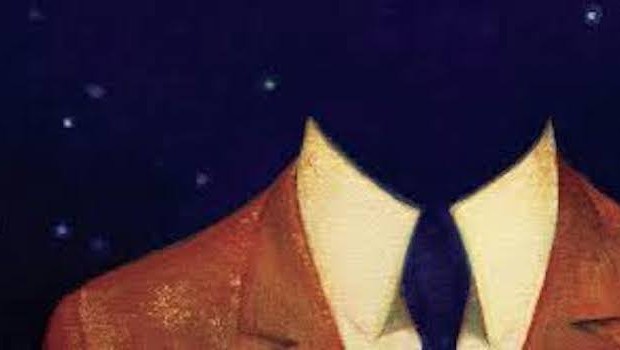 Blurb:  Speaking from an unknown place and to an unknown interlocutor, Andrew is thinking, Andrew is talking, Andrew is telling the story of his life, his loves, and the tragedies that have led him to this place and point in time. And as he confesses, peeling back the layers of his strange story, we are led to question what we know about truth and memory, brain and mind, personality and fate, about one another and ourselves. (Random House, January 2014)

“Andrew’s Brain is a bit of a brain-teaser itself. Like those Escher woodcuts of impossible constructions, it sketches lines of narrative that loop back on themselves. It also tantalises with recurrent patterns of allusion (to Mark Twain, to the opera Boris Godunov, to the flickering gestures of silent films) that are fascinating but inconclusive. Ultimately, though, this short book holds together impressively, encompassing an astonishing range of modes: vaudeville humour, tragic romance, philosophical speculation.”

“Andrew, because he has been confined to his brain unwillingly, condemned by the kangaroo court of history, can’t take much joy in its hectic machinery. One of the things that make him such a terrific comic creation is that he’s both maddeningly self-­delusive and scarily self-aware: He’s a fool, but he’s no innocent.”

“When I came to read Ragtime and then The Book of Daniel and thenThe March, what struck me was the audacious quality of Doctorow’s historical investigations. He wants us to know about crucial events of American history, but he also wants us to experience them imaginatively. He is, therefore, always walking that tightrope between what is accurate and what is compelling. Knowing who the famous roommate was, one could go in search of historical parallels, but I would rather keep readingAndrew’s Brain, keep laughing at the sinister figures of “Chaingang” and “Rumbum”, who are the final thinly veiled objects of Doctorow’s speculation about those who cause pain, destruction and sorrow, then walk away from it.”

“… a sort of Portnoy’s Complaint for the brain. Funny, thought-provoking and profound.”

“Doctorow made his mark with audacious historical novels peopled by characters from real life. Though Andrew’s old college roommate turns out to be one George W. Bush, this latest appears a radically different creature. Read on, and you’ll find it to be just as ambitious, just as finely wrought, posing questions that cut to the heart of identity and storytelling.”

“Andrew’s eventual fate seems bewilderingly implausible, given the minor nature of his actions. Still, the book is worth reading for the power of its most joyous and grief-stricken scenes alone.”

“Even at its best, Andrew’s Brain is lesser Doctorow; it lacks the heft of City of God, which wrestles with similar considerations, or Ragtime, with its exquisite structural unity. Still, when it works, it is because of the tension of not knowing, the information we do not have.”

“Although there’s no more intriguing subject than “how the brain becomes the mind,” this cognitive scientist doesn’t seem convincingly familiar with cognitive science or recent brain research. Instead, Andrew just pops off with little pop-philosophy conundrums. Decades after Daniel Dennett, John Searle and other contemporary scientists and philosophers began writing about consciousness for a lay audience, we deserve something more sophisticated from this novel — more cortex, less vortex.”