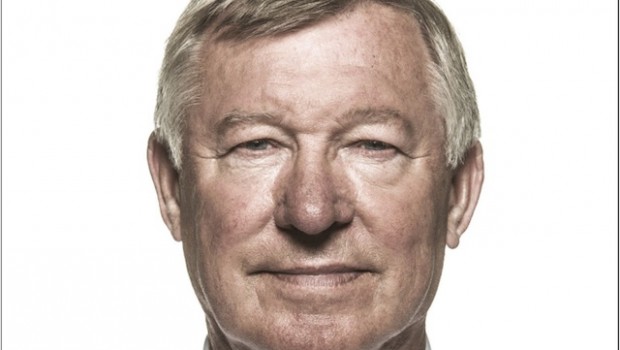 Blurb: Sir Alex announced his retirement as manager of Manchester United after 27 years in the role. He has gone out in a blaze of glory, with United winning the Premier League for the 13th time, and he is widely considered to be the greatest manager in the history of British football.

Over the last quarter of a century there have been seismic changes at Manchester United. The only constant element has been the quality of the manager’s league-winning squad and United’s run of success, which included winning the Champions League for a second time in 2008. Sir Alex created a purposeful, but welcoming, and much envied culture at the club which has lasted the test of time.

Sir Alex saw Manchester United change from a conventional football club to what is now a major business enterprise, and he never failed to move with the times. It was directly due to his vision, energy and ability that he was able to build teams both on and off the pitch. He was a man-manager of phenomenal skill, and increasingly he had to deal with global stars. His relationship with Cristiano Ronaldo, for instance, was excellent and David Beckham has described Sir Alex as a father figure.

Over the past four years, Sir Alex has been reflecting on and jotting down the highlights of his extraordinary career and in his new book he will reveal his amazing story as it unfolded, from his very early days in the tough shipyard areas of Govan.

“This is undoubtedly an excellent football book, as it could hardly fail to be given the richness of its source material, while Paul Hayward, Ferguson’s ghost, captures his voice perfectly throughout. For all that there is nothing really startling here … In the end My Autobiography is remarkable in two respects. It is undoubtedly the most voraciously hyped footballing memoir of all time … Second, while Ferguson may be the greatest British manager of all time, he continues to give a fascinating lesson in how to be an absolutely terrible ex-manager. Looming in the stands, name-checked in every press conference and now available in headline-grabbing book form, he is for his successor, David Moyes, the managerial equivalent of the father-in-law from hell, continually asserting, as here, his continued and undiluted power to fascinate and control.”

“We learn little of many things we would love to know more about. The shenanigans behind his row with the Irish Coolmore Mafia about the Rock of Gibraltar horse would make a brilliant thriller in itself: the stallion that nearly brought down an empire. Here it is dismissed in barely a paragraph. There is nothing, either, about why he did not recommend Jose Mourinho as his successor at United. His analysis of his eight-year spat with the BBC, too, can be summed up in the single sentence: they were wrong I was right and they should have apologised. But what he does choose to tell us is riveting. Beautifully delivered by his ghostwriter – the Telegraph’s Paul Hayward – this is a book that fizzes with yarns. Every page is packed with detail, insight and observation.”

“Former players have eulogised about his inspirational team-talks, the methods through which he created a team ethos, the way in which he leveraged the rich history of United to build the idea of a defining mission. The curious thing about this book, however, is that there is almost none of this. There are plenty of anecdotes, lots of score-settling, even a chapter on psychology, but little to get your teeth into. This book could have been a cross-genre classic, a book read and re-read for insights into business, cultural change and the foundations of tribalism. It could have articulated a deeper philosophy of leadership, something Ferguson has hinted at in the past. But the Scot never really strays into this territory, except tentatively. In that sense, it is a missed opportunity.”

“Ferguson himself didn’t tolerate dissidents or free media, yet this is a surprisingly good-tempered book. It has kind words for former enemies such as Liverpool FC and the Irish racing owner John Magnier, though he does patronise Arsenal’s Arsène Wenger. It is an entertaining read, but less than Ferguson deserves. He attempts jokes, but humour isn’t his forte. It’s a shame, too, that the book seems to have been written too fast, presumably to get it out before Christmas.”

“At its best, this is a book which is brutally honest about life at the top of our national game. While it has some colossal omissions, it also offers brilliant insights into one of Britain’s great sporting minds. But Sir Alex has also broken countless dressing-room codes and confidences.”

“Given the scale of his achievements, and the brilliance of the football teams he constructed over 27 years at Old Trafford, it feels churlish to carp about the quality of an autobiography published hard on the heels of his retirement. But Alex Ferguson: My Autobiography is a flawed affair. Undoubtedly moving when, for example, it recounts the manager’s paternal pride in nurturing homegrown youthful talent, it reads like a succession of sporting back pages when it comes to settling scores with former colleagues and rivals in the game. Addicts of TalkSport-style football polemic will find rich fare.” 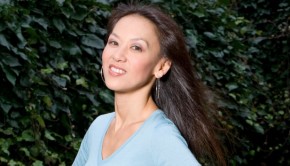 The Triple Package: What Really Determines Success by Amy Chua and Jed Rubenfeld →