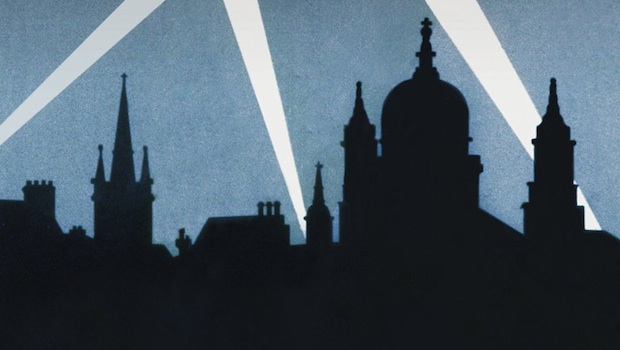 Blurb: 11pm, Tuesday 4 August 1914: with the declaration of war London becomes one of the greatest killing machines in human history. Hundreds of thousands of soldiers pass through the capital on their way to the front; wounded men are brought back to be treated in London’s hospitals; and millions of shells are produced in its factories. The war changes London life for ever. Women escape the drudgery of domestic service to work as munitionettes. Full employment puts money into the pockets of the London poor for the first time. Self-appointed moral guardians seize the chance to clamp down on drink, frivolous entertainment and licentious behaviour. As the war drags on, gloom often descends on the capital. And at night London is plunged into darkness for fear of German bombers and Zeppelins that continue to raid the city. Yet despite daily casualty lists, food shortages and enemy bombing, Londoners are determined to get on with their lives and flock to cinemas and theatres, dance halls and shebeens, firmly resolved not to let Germans or puritans spoil their enjoyment. Peopled with patriots and pacifists, clergymen and thieves, bluestockings and prostitutes, Jerry White’s magnificent panorama reveals a struggling yet flourishing city.

“It is an extraordinary tale — peopled by characters from all walks of the capital’s life — and White, a prize-winning author of London’s late-modern history, tells it with gusto, nuance and panache.”

“This is a fast-paced social history that never stumbles. The sources consulted are wide-ranging, well selected and deftly deployed. They include municipal archives (those of Bermondsey and Wandsworth particularly), and local newspapers such as the Acton Gazette, the Hackney and Stoke Newington Recorder, the Hampstead and Highgate Express and clubland’s Pall Mall Gazette. White has consulted a plenitude of memoirs with titles such as St Pancras Pavements, Bermondsey’s “Bit” in the Greatest War and Days that Are Gone: Milestones I Have Passed in South-west London. Laudably he has mined some excellent diaries, ignored by most historians, kept by a courtier called Viscount Sandhurst. The result is a well-orchestrated polyphony of voices that brings history alive.”

“In Zeppelin Nights, Jerry White, a professor of history at the University of London and author of several books on the English capital, conveys with cinematic power the dominance of fear, the resilient community spirit, and the physical and emotional deprivations of wartime civilian life. By concentrating on a mass of contemporary diaries and letters, Prof White delivers in brilliant time-eclipsing detail an evolving and often deeply moving portrait of a city that became gradually squeezed to its limits.”

“Jerry White is masterful at mixing hard facts and statistics with telling anecdotes… White is wonderfully skilful at interweaving the tangible and the intangible, the conscious and the unconscious.”

“[A] fascinating book… The title is well chosen, for not only does it highlight the bombing of London during the First World War but it relates to another theme of the book, the demise of the capital’s once-flourishing German community, and the conscious eradication of German connections.”

“Thanks to his scrupulous research, which draws on everything from diaries and local council minutes to the case files of the Church of England Society for Waif and Strays, White gives us many vivid moments, and builds up a convincing picture of what Londoners experienced and even felt during those momentous and sometimes even exhilarating four years that one contemporary described as simply “wonderful”.”

Zeppelin Nights: London in the First World War by Jerry White The Omnivore