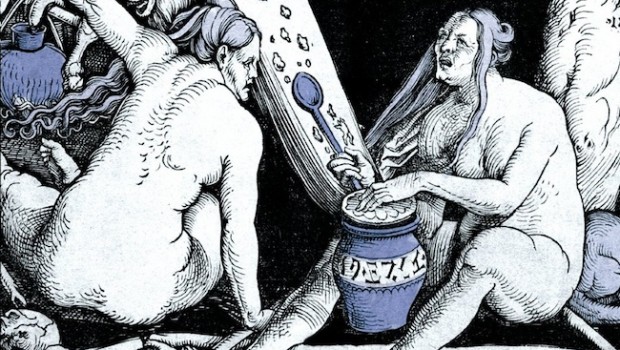 Witches: A Tale of Sorcery, Scandal and Seduction by Tracy Borman

Blurb: September 1613. In Belvoir Castle, the heir of one of England’s great noble families falls suddenly and dangerously ill. His body is ‘tormented’ with violent convulsions. Within a few short weeks he will suffer an excruciating death. Soon the whole family will be stricken with the same terrifying symptoms. The second son, the last male of the line, will not survive. It is said witches are to blame. And so the Earl of Rutland’s sons will not be the last to die.

Witches traces the dramatic events which unfolded at one of England’s oldest and most spectacular castles four hundred years ago. The case is among those which constitute the European witch craze of the 15th-18th centuries, when suspected witches were burned, hanged, or tortured by the thousand. Like those other cases, it is a tale of superstition, the darkest limits of the human imagination and, ultimately, injustice – a reminder of how paranoia and hysteria can create an environment in which nonconformism spells death. But as Tracy Borman reveals here, it is not quite typical. The most powerful and Machiavellian figure of the Jacobean court had a vested interest in events at Belvoir. He would mastermind a conspiracy that has remained hidden for centuries.

“Witches is being sold as an account of the Belvoir scandals, but in truth, Tracy Borman has written a thorough and beautifully researched social history of the early 1600s, taking in everything from folk medicine to James I’s sex life.”

“Reading the blurb on the back of this book you could be forgiven for thinking that this is the story of three witches: Joan Flower and her daughters Margaret and Phillipa, of Belvoir in Leicestershire, who were tried in 1619 for murder by witchcraft … Anyone expecting a <i>Suspicions Of Mr Whicher</i> for witches will be disappointed. That doesn’t mean this isn’t worth reading. As a work on the horrific treatment of witches throughout history, in particular the 16th and 17th centuries, it is shocking and illuminating.”

“Borman’s meticulous unpicking of these tangled events produces plenty to admire … when it is not straining for effect, this is an entertaining piece of research that brings back to life three women who had the misfortune to live during a period that was terrified of the unknown and sought to tame that fear by turning it into a handful of dust.”

“In seeking to smear Buckingham as a murderer, Tracy Borman is less than fair. However, as her moving and spirited account makes clear, far worse injustice was suffered by the three Flower women and the numerous other victims of James I’s delusional beliefs about witches.”

“Borman’s general account of the witch craze is inevitably overshadowed by Keith Thomas’s 1971 masterwork, Religion and the Decline of Magic, which she acknowledges her debt to. But the danger of borrowing quotations from other researchers is that you may fail to recognise their source. Discussing the 17th century’s notion of an ideal widow, Borman quotes “one commentator” as remarking, “Her voice was ever soft, gentle, and low, an excellent thing in woman” — seemingly without realising this is Shakespeare’s King Lear, describing Cordelia …  it is a surprise to find her writing so censoriously about the more lurid of the contemporary witchcraft pamphlets, categorising them as “sensationalist” and as “a commercial product sold for entertainment”. Her own work seems to fit both descriptions.”

Witches: A Tale of Sorcery, Scandal and Seduction by Tracy Borman The Omnivore