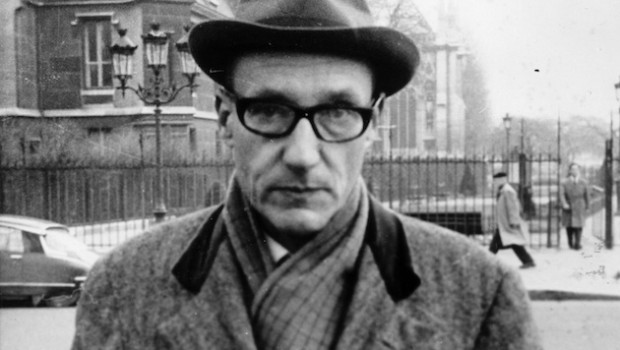 Blurb: Made a cult figure by the publication of NAKED LUNCH, Burroughs was a mentor to the 1960s youth culture. Underground papers referred to him as ‘Uncle Bill’ and he ranked alongside Bob Dylan and the Beatles, Buckminster Fuller and R.D. Laing as one of the ‘gurus’ of the youth movement who might just have the secret of the universe. Based upon extensive research, this biography paints a new portrait of Burroughs, making him real to the reader and showing how he was perceived by his contemporaries in all his guises – from icily distant to voluble drunk. It shows how his writing was very much influenced by his life situation and by the people he met on his travels around America and Europe. He was, beneath it all, a man torn by emotions: his guilt at not visiting his doting mother; his despair at not responding to reconciliation attempts from his father; his distance from his brother; the huge void that separated him from his son; and above all his killing of his wife, Joan Vollmer.

“Barry Miles has achieved something quite phenomenal: 600 oppressive yet irresistible pages that recount in intricate detail a sordid life. He achieves this, remarkably, without descending to the gratuitous vulgarity of a Burroughs novel. Miles is a great admirer of his subject, worked with him for 30 years and catalogued his archives. Yet despite that close connection, he has produced a biography remarkable for its detachment and devoid of the obsessive worship that characterises the Burroughs cult. The life of this disturbing and disturbed man has never been so perfectly told.”

“Luckily, Miles’s biography is more than a record of damage, dementia and the systematic derangement of the senses – though it is all that, as well as providing enough details about its gay subject’s sexual tastes to satisfy the most prurient, along with an exact calibration of his penis size (unimpressive). Burroughs appears here warts and all, and the warts, I can reveal, are rectal. But Miles can’t suppress his affection and admiration for this cranky, cadaverous ogre.”

“You can count in the book’s authoritative bibliography around 50 books and significant studies of Burroughs and his circle; three of them are by Barry Miles himself. You might ask why or if we need another…but this is a very creditable attempt to produce the last one we’ll need for a time… Miles’s biography separates the cult from the man and shows us that there were, in fact, deep roots to Burroughs’s other-worldly, alienated and unsettlingly affectless fiction”

“…cleanly written, gossipy and fact-filled pages. Note, though, that Miles does concentrate almost exclusively on his subject’s life, avoiding any detailed consideration of the books themselves. In other words, [this] isn’t a critical biography like Richard Ellmann’s James Joyce. But in every other respect, it’s a comparably magisterial work, exactingly researched and fascinating throughout.”

“This biography differs little in substance from Ted Morgan’s Literary Outlaw: The Life and Times of William S Burroughs, published in 1988. However, Miles has much to add about Burroughs’ time in 1960s and early 1970s London, as well as his final years in Lawrence, Kansas, where he lived surrounded by cats, raccoons, possums and a much-used arsenal of firearms.”

“Miles’s intimacy with his subject, and his vast trove of sources, brings lavish detail but it can come at the cost of indulgence. The book is at its best when he keeps a sceptical distance.”

“It is an action-packed, sensational story, and on the whole Miles is absolutely up to the job of telling it. His prose is swift and efficient, and his knowledge of the scene is redoubtable. Nevertheless, he could have cut this biography by a third without losing anything essential. He goes into extreme close-up on almost every scene. The result is often ponderous and repetitious… A little less trivia and a little more analysis — particularly of the books that make this sorry life worth reading about in the first place — would have been welcome.”

“Miles was a long-time friend, colleague and supporter of Burroughs – his archivist, effectively – and he is unsurprisingly generous in his estimation of Burroughs’s work. He claims that Burroughs’s sordid set-piece scenes in Naked Lunch are used ‘to purposely annoy his readers, a Swiftian gesture to reveal their prurience and to undermine their middle-class values’. The famous hanging scenes in the novel, for example, are apparently ‘both a critique of pornographic movies and the racist policies then pertaining in the southern states’. Maybe they are. Maybe I’m missing something. But Miles doesn’t let Burroughs entirely off the hook: he was, he admits, ‘so careless in his relationships that he often hurt the ones he loved’. This is an understatement.”

William S Burroughs: A Life by Barry Miles The Omnivore