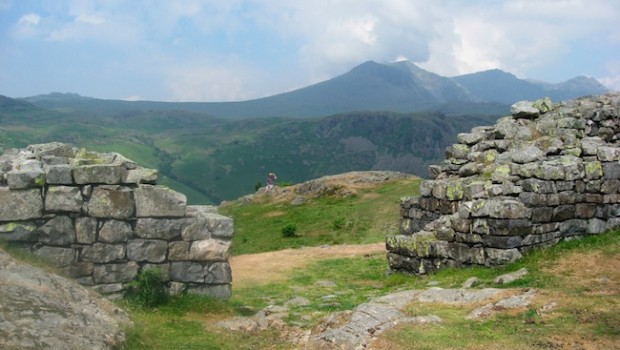 Under Another Sky: Journeys in Roman Britain by Charlotte Higgins

Blurb: This is a book about the encounter with Roman Britain: about what the idea of ‘Roman Britain’ has meant to those who came after Britain’s 400-year stint as province of Rome – from the medieval mythographer-historian Geoffrey of Monmouth to Edward Elgar and W.H. Auden. What does Roman Britain mean to us now? How were its physical remains rediscovered and made sense of? How has it been reimagined, in story and song and verse?

Charlotte Higgins has traced these tales by setting out to discover the remains of Roman Britain for herself, sometimes on foot, sometimes in a splendid, though not particularly reliable, VW camper van. Via accounts of some of Britain’s most intriguing, and often unjustly overlooked ancient monuments, Under Another Sky invites us to see the British landscape, and British history, in an entirely fresh way: as indelibly marked by how the Romans first imagined, and wrote, these strange and exotic islands, perched on the edge of the known world, into existence. (Jonathan Cape)

“…a delightful, effortlessly engaging handbook to the half-lost, half-glimpsed world of Roman Britain… Under Another Sky is an utterly original history, lyrically alive to the haunting presence of the past and our strange and familiar ancestors.”

“The beauty of this book is not just in the elegant prose and in the precision with which she skewers her myths. It is in the sympathy that she shows for the myth-makers, the men and women who so very much wanted their very own Roman Britain. Higgins has constructed her book as a guide. She travels the country in a camper van — and encourages others to do the same. She finds fields where once were great towns. She sees dark rooms beneath London streets. Expect to see many dreaming followers in her wake.”

“What is most impressive here, rather than either the erudition or the endeavour, is simply the writing …  Good non-fiction is rare: to be enlightening but not patronising; idiosyncratic but not quirky.”

“[A] sophisticated and passionate book … Though the genres are very different, her prose reminds me at times of WG Sebald’s The Rings of Saturn, another travelogue intercut with memories and reveries, and similarly haunted by a sense of a past slipping away. Again like Sebald, Higgins inhabits the personalities of the characters whose stories she tells.”

“What did the Romans do for the British? Charlotte Higgins’s answer isn’t the usual Monty Python list – roads and top-of-the-range central heating. It’s more sophisticated than that. As she trundles around Britain’s Roman ruins in a VW camper van, she nails down how Roman Roman Britain was – and the extent of their imprint on us today. Higgins, an arts writer at The Guardian, is too subtle to give polemical, definitive answers to either question. But, in her gentle, fine prose, she suggests convincingly that Britain was thoroughly changed by its two Roman invasions, and that modern Britain is still built on a Roman skeleton.”

“Delightful … There is much here to inform and amuse … It is stories such as this which make Higgins’s book so special.”

Under Another Sky: Journeys in Roman Britain by Charlotte Higgins The Omnivore