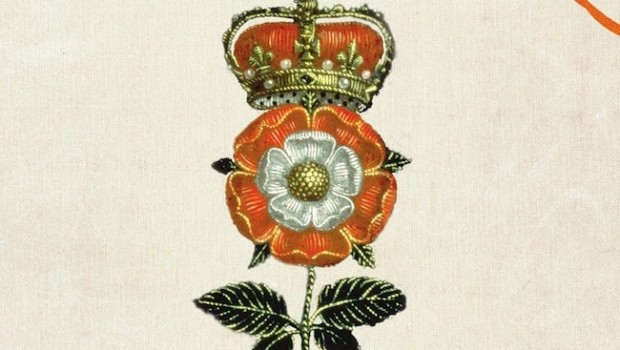 Blurb: The Tudors are a national obsession; they are our most notorious family in history. But, as Leanda de Lisle shows in this gripping new history, beyond the well-worn headlines is a family still more extraordinary than the one we thought we knew.

The Tudor canon typically starts with the Battle of Bosworth in 1485, before speeding on to Henry VIII and the Reformation. But this leaves out the family’s obscure Welsh origins, the ordinary man known as Owen Tudor who would fall (literally) into a Queen’s lap, and later her bed. It passes by the courage of Margaret Beaufort, the pregnant thirteen-year-old girl who would help found the Tudor dynasty; and the childhood and painful exile of her son, the future Henry VII. It ignores the fact that the Tudors were shaped by their past – those parts they wished to remember and those they wished to forget.

By creating a full family portrait set against the background of this past, Leanda de Lisle enables us to see the Tudors in their own terms, rather than ours; and presents new perspectives and revelations on key figures and events. We see a family dominated by remarkable women doing everything possible to secure its future; understand why the Princes in the Tower were disappeared; look again at the bloodiness of Mary’s reign; at Elizabeth’s relationships with her cousins; and re-discover the true significance of previously overlooked figures. We see the supreme importance of achieving peace and stability in a violent and uncertain world, and of protecting and securing the bloodline.

Tudor tells a family story like no other, and brings it once more to vivid life.

“The family history of the Tudors is a compelling one and is vividly retold in Leanda de Lisle’s book. What it lacks in broader context – we learn nothing about the socio-economic state of the Tudor realm, for example – is compensated by fine storytelling and thought-provoking analysis.”

“This may seem familiar territory, but De Lisle’s masterful command of the facts – great and small – provides a complete and entertaining overview.”

“Some may argue that Leanda de Lisle’s focus on the Tudors’ “family” history is to indulge in prurient detail at the expense of battles and religious debates. But that would be to miss what she is doing with this highly readable but no less scholarly biography: emphasising the role that women play in any dynastic society.”

“Leanda de Lisle’s accomplished survey of the ‘Renaissance romance and gothic horror’ of the Tudor era provides a vibrant reappraisal of this turbulent family saga. While not ignoring matters such as Henry VIII’s matrimonial adventures, by focusing on the monarchs’ antecedents, and charting the lives of the dynasty’s lesser members, she introduces a different perspective. Avoiding sensationalism, she is meticulous in her use of sources.”

“In de Lisle’s hands, this is a deeply human tale, a family tree come to vivid life, rather than a narrative of politics and power structures. Sometimes, she brings a challengingly forensic eye to apparently well-worn information; always, she keeps contemporary or near-contemporary voices at the forefront of her story.”

“Notoriously, modern schoolchildren are taught only about the Nazis and the Tudors. This book reminds us why. Both stories are lurid, and while the Nazis managed to sustain the pitch of horror and excitement for a mere 12 years, the Tudors kept up a cracking pace for 10 times longer. Leanda de Lisle well understands that this tale does not need purple in the prose — the scene is the colour of blood anyway. Her crisp, uninterfering style lets the story tell itself. Almost every page is vivid with the well-noted detail.”

Tudor: The Family Story by Leanda de Lisle The Omnivore