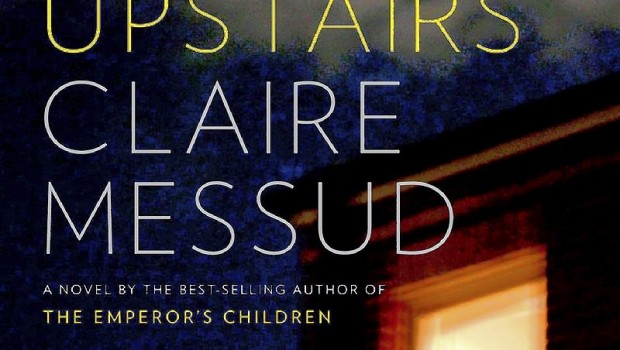 The Woman Upstairs by Claire Messud

Blurb: Nora Eldridge, an elementary school teacher in Cambridge, Massachusetts, long ago compromised her dream to be a successful artist, mother and lover. She has instead become the “woman upstairs,” a reliable friend and neighbor always on the fringe of others’ achievements. Then into her life arrives the glamorous and cosmopolitan Shahids–her new student Reza Shahid, a child who enchants as if from a fairy tale, and his parents: Skandar, a dashing Lebanese professor who has come to Boston for a fellowship at Harvard, and Sirena, an effortlessly alluring Italian artist. When Reza is attacked by schoolyard bullies, Nora is drawn deep into the complex world of the Shahid family; she finds herself falling in love with them, separately and together. Nora’s happiness explodes her boundaries, and she discovers in herself an unprecedented ferocity–one that puts her beliefs and her sense of self at stake. (Virago)

“The interplay between reality and imagination in this textual hall of mirrors makes for a deft study of character underpinned by a gripping narrative. Messud writes beautifully and wryly (a crowd of tourists visiting an art gallery with audio guides are described as “a mass that drifted slow and imperturbable as oxen”) but the real achievement of this novel is to imbue every chapter with thought-provoking questions surrounding the place of women in literature, society and – most importantly – their own minds. Female anger has never been so readable.”

“This is a textbook unreliable narrator. The bizarre triangular passion Nora describes is wholly convincing but the reader is nagged by an increasing anxiety about the reality outside her head … The answers lie in Messud’s devastating ending, a betrayal whose exact nature comes as a shock but one that has been well prepared for … Addictive, memorable, intense … Gosh. I guess you could say I liked it.”

“The Woman Upstairs is a brave and highly risky novel in that it eschews any significant plot, state-of-the-nation ambition or high concept. It is a strictly artistic endeavour that also works as an entertainment. Kick-starting the story with a rant is a clever device, but it’s the quieter, brooding sense of foreboding, the intimation of disaster, that provides, along with the narrator’s voice, the novel’s engine.”

“It’s exhilarating to encounter such unrestrained vehemence in a work by this controlled, intellectual author. Messud’s previous novels, albeit extraordinarily intelligent and well-crafted, are characterized by rationed or distant emotion. The Woman Upstairs is utterly different — its language urgent, its conflicts outsize and unmooring, its mood incendiary. This psychologically charged story feels like a liberation. ”

“The Emperor’s Children was a ­glittering, beautifully observed portrait of Manhattan manners and life. In its detail and precision, and with its subtle, ambling sentences, it made you think, and was clearly meant to make you think, of Edith Wharton and Henry James. It was also just a little bit mannered. The Woman Upstairs is more gripping, and more direct. There are still some turns of phrase that seem a bit odd in a novel written in the 21st century … But the voice — of Nora, of the novel, of Messud — is mostly clear, and strong. When she addresses the reader directly, she almost doesn’t need to, because you’re already hooked on every word.”

“Anger provides the heat, but the novel’s real energy comes from its intellectual fuel, its all-consuming analytical drive. Nora and Sirena rent a studio together, and soon they’re spending weekends and evenings on their art: Sirena’s piece is a vast, surreal re-creation of Wonderland, while Nora constructs a tiny replica of Emily Dickinson’s bedroom (“I’m nobody! Who are you?”). Those disparate art projects suggest what separates these two very different women. Between the heaves of storm, Nora can be an engaging commentator on everything from aesthetics to international relations to aging.”

“The early scenes, heavy with foreshadowing of crisis, recall the foreboding of Zoë Heller’s Notes On A Scandal. What unfolds is more abstract, as Nora awakens. Her voice broadens; and her digressions – on the actualisation of dreams and fantasies; the ruthlessness of being an artist; the invisible life of the emotions – are wonderful. The presiding spirit is, perhaps, Henry James, whose so-called “vampire theme” is recapitulated, as Nora preys on, and is engulfed by, the Shahids.”

“This is a very literary novel: Nora’s name sounds dull and reliable, but it recalls Ibsen’s Nora in A Doll’s House and Joyce’s wife, Nora Barnacle. There are references to Dostoevsky’s stymied narrator in Notes from Underground, Gilbert and Gubar’s landmark study of female writers The Madwoman in the Attic, to Jean Rhys skulking in Paris hotels and Chekhov’s ‘The Black Monk’. Emily Dickinson’s Amherst bedroom and Virginia Woolf at Rodmell are the subjects of two of Nora’s dioramas.”

“Sirena betrays Nora, and although you won’t find out the nature of that betrayal until the end, boy, is it a big one. For one of the questions this deeply intelligent book asks is that if you are to be a great artist, must you become so selfish, self absorbed and demanding that ultimately you turn into a monster, too? The Woman Upstairs is a remarkable book, not least because it opens with one colossal roar of rage so foul-mouthed it cannot be quoted from here, but for once entirely justified when you learn what Sirena has done.”

“This is a novel that seems to want at every point to demonstrate its plausibility. But the pieces of documentary evidence Messud includes – what music would have been on the radio in 2004, what might be a plausible name for the descendant of Vietnamese boat people in an elementary school in Boston, the traits of an Italian person, a French person, a Lebanese person – seem heavy-handed, like a compendium of Google searches. Messud tends to adorn her non-American characters with obvious cultural signifiers”

“The dense, self-reflexive writing and the willfully commercial plot combine here to create what is, in the end, an intriguing but ungainly Frankenstein monster of a novel.”

“Just as Messud never seems to want to use one word when many will do, so also this potentially engaging tale never seems best-served by her verbose approach. Most of all — because the final revelation hinges on an event which, even when you first read it, doesn’t seem wholly convincing — there’s an inevitable sense of let-down for the reader.”