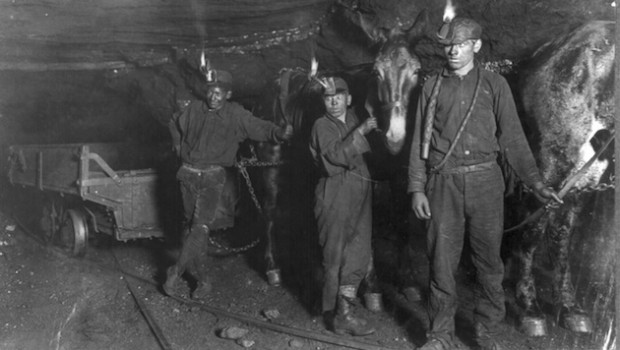 The Valley: A Hundred Years in the Life of a Mining Family by Richard Benson

Blurb: The close-knit villages of the Dearne Valley were home to four generations of the Hollingworth family. Spanning Richard Benson’s great-grandmother Winnie’s ninety-two years in the valley, and drawing on years of historical research, interviews and anecdotes, The Valley lets us into generations of carousing and banter as the family’s attempts to build a better and fairer world for themselves meet sometimes with triumph, sometimes with bitter defeat. Against a backdrop of underground explosions, strikes and pit closures, these are unflinching, deeply personal stories of battles between the sexes in a man’s world sustained by strong women; of growing up, and the power of love and imagination to transform lives.

“…a masterpiece of empathy and good writing… The Valley is often upsetting – Benson makes you care about his characters, and you long for them to sort their muddles and misunderstandings out – but it is sobering, too, a chastening repository of some extremely uncomfortable truths when it comes to violence against women (a violence that is largely tolerated, even by other women), and the way middle-class institutions treat working-class people. I can’t remember the last time I read a book that delineates quotidian poverty so plainly, or that captures so deftly the cadences of the Yorkshire dialect in all their contradictory glory – defensiveness, mithering and taciturnity concealing abiding love and, on occasion, troubling passion.”

“Richard Benson was tempted to turn his family history into a novel but stuck with the facts instead. Good decision. This rare and finely tempered work serves up a devastating combination of memory and imagination… The Valley is a landmark history, not because we know for sure that all these things happened just as Benson says they did, but because things like that did happen, all the time, and although there is not normally any written record, people know they happened because they happened to them.”

“Benson captures the hard graft and constant perils of colliery life with cinematic vividness, especially in the set-pieces on mining accidents, where startling metaphors erupt amid his normally placid prose… For an unvarnished, well-crafted obituary of the human side of mining, there won’t be anything better than The Valley.”

“It is intensely enjoyable, rich in quirks of social history and sizzling with the antagonisms only families generate… Benson’s writing is a constant pleasure, and the only disadvantage of his mixture of oral history and fictional reconstruction is that you cannot be sure which phrases are his… More often, though, there is no mistaking Benson’s linguistic gifts, which make the great moments of his narrative unforgettable.”

“In his last book, the bestselling The Farm, he wrote in the first person of his feelings on returning home after many years in London. This produced an itchy and enigmatic dynamic, a man not sure where his heart lay. The Valley, a much more conventional piece of social history, misses this tension. He could have put more of himself into the story. Perhaps he was afraid of appearing egotistical when he should have cared little because he has already proved himself an astute but chummy correspondent. Inevitably Benson’s feelings and politics still seep into the text and in odd places a hectoring tone develops as he tries too hard to sing the song of the downtrodden.”

The Valley: A Hundred Years in the Life of a Mining Family by Richard Benson The Omnivore