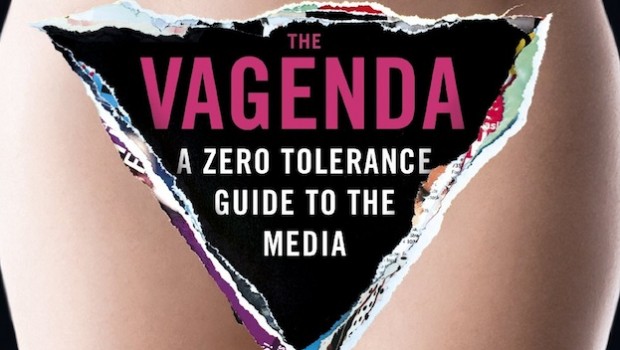 The Vagenda by Holly Baxter and Rhiannon Lucy Cosslett

Blurb: As students, Rhiannon Lucy Cosslett and Holly Baxter spent a lot of time laughing at magazine pieces entitled things like ’50 Sex Tips to Please Your Man’ (particularly the ones that encouraged bringing baked goods into the bedroom). They laughed at the ridiculous ‘circles of shame’ detailing minor weight fluctuations of female celebs, or the shocking presence of armpit hair. And at the articles telling you how to remove cellulite from your arse using coffee granules. But when they stopped laughing, they started to feel a bit uneasy. Was this relentless hum about vajazzles and fat removal just daft – at worst a bit patronising – or was something more disturbing going on? Was it time to say NO? They thought so. So they launched The Vagenda blog in 2012, and now they have written this laugh-out-loud book. It is a brilliantly bolshy rallying call to girls and women of all ages: Caitlin Moran asked ‘How to be a Woman’. The Vagenda asks real women everywhere to demand a media that reflects who we actually are.

“It is written with energy and is full of droll asides. The boldness that makes it so enjoyable, however, has its downsides. The fact-checking is extremely uneven. It is often difficult to tell the difference between their comical hyperbole and examples of things that happened in print; these distinctions are important if you want to make a dent in an industry.”

“Beyond a few bang up-to-date quotes from Naomi Wolf’s The Beauty Myth (1991), there is little examination of the commercial pressures to make women feel insecure. Neither Baxter nor Cosslett seriously examine their own appetite for this “glossy shit”, in the manner of a more honest writer, such as Liz Jones. Worse, there are no interviews with any of the people (mostly women) who produce these publications, which perhaps would add unwelcome nuance to the contention that “these magazines” exist purely to force women to bleach their anal hair and to find 252 ways to please their men. That would spoil the one note that this book aims for, which is a sort of precocious knowingness that prizes being media-savvy over being worldly or wise. In the end, it comes across as mean and childish.”

“If these [magazines] are as damaging as Baxter and Cosslett say they are, then why don’t women buy something else? This is no whatabouting query. It is, in fact, the most important question, because it takes you to the heart of how women’s chronic insecurity is transmitted. And The Vagenda devotes just 500 words out of about 100,000 to posing it and then not answering it at all. It is a deeply frustrating failure. A six-figure advance should have offered the authors the chance to talk to anthropologists, a psychotherapist or two, to ring round the best sociologists in the field, maybe even take some feminist intellectuals out to lunch.”

“The Vagenda rarely expresses anything new that has not already been debated in the online discourse about modern feminism that has exploded in the past decade… For all its claims to be a “call to arms for young women”, The Vagenda feels more like a six-figure ploy on behalf of publishers to capitalise on an already established online presence, rather than a concerted attempt to give a new perspective on feminism.”

“Though it seeks to be pro-women, The Vagenda winds up sounding rather anti-women, or at least against the ones Baxter and Cosslett don’t happen to agree with. You can see that they are trying to chase the readers who devoured Caitlin Moran’s excellent How to Be a Woman, but while that was funny, moving and insightful, this seems smug, superior and strangely po-faced.”

“The writing style of the book takes its cue from the hyperbole of the magazines that are under attack and struggles to outdo it. Baxter and Cosslett tell us that, in their personal experience, “Losing your hymen is about as pleasurable as having someone rap your knuckles with a frozen veggie sausage.” Do they seriously wish us to believe that their hymen somehow got lost and that they were aware of its getting lost at the time? That is no more likely than that someone, anyone, would have rapped them on the knuckles with a sausage of any kind, much less vegetarian, much less frozen. To refer to a first episode of penetrative sex as hymen loss reveals a level of ignorance that is positively medieval. For both writers then to cast themselves in this fictitious double devirgination episode is part of a pattern in which they allege their own behaviour as evidence for the rightness of their arguments.”

“Offensively puerile… Grotesquely mannered, woefully researched and bizarrely dated – the authors’ major reference points seem to be the long debunked ”nutritionist” Gillian McKeith and Naomi Wolf’s The Beauty Myth, a book that was published in 1991 and has been talked about pretty much ever since – The Vagenda achieves the rare feat of patronising the very people it purports to support. No one takes women’s magazines half as seriously as do Cosslett and Baxter. We’re none of us half as gullible or stupid as they seem to think.”

The Vagenda by Holly Baxter and Rhiannon Lucy Cosslett The Omnivore