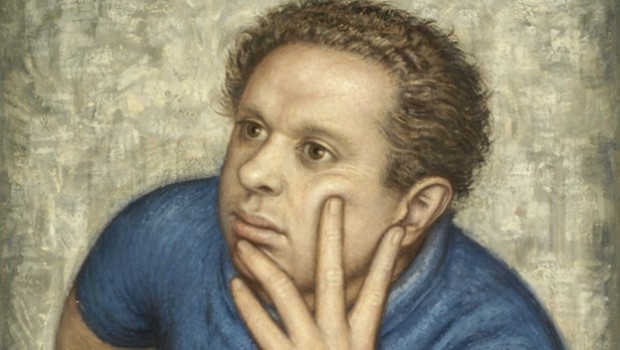 The Three Lives of Dylan Thomas by Hilly Janes

Blurb: Dylan Thomas was one of the most extraordinary poetic talents of the twentieth century. Poems such as ‘Do not go gentle into that good night’ regularly come top of polls of the nation’s favourites. His play Under Milk Wood is studied in schools all over the world and has never been out of print. Thomas lived a life that was rarely without incident and died a death that has gone down in legend as the epitome of Bohemian dissoluteness. In The Three Lives of Dylan Thomas, journalist Hilly Janes explores that life and its extraordinary legacy through the eyes of her father, the artist Alfred Janes, who was Thomas’s great friend and painted the poet at three key moments, in 1934, 1953 and, posthumously, 1965. Using the portraits as focal points, The Three Lives of Dylan Thomas plots the poet’s journey from his birthplace in Swansea to his untimely death in a New York hospital in 1953. Drawing on a personal archive that includes drawings, diaries, letters and new interviews with Thomas’s friends and descendants, as well as with biographers, critics and art historians, Hilly Janes manages to bring to life the poet and his times in this highly original and powerful narrative. This portrait goes beneath the reputation of the feckless, disloyal, boozy Welsh bard to reveal a very complex character. Feckless and disloyal, yes, but also lovable, charming, scholarly, dedicated and vulnerable.

“There have been some very good biographies of Thomas. Hilly Janes’s is far and away the least pretentious, but no less effective for that… One of the secondary motives of Janes’s book is to vindicate the overlooked genius of her father, who did the three best-known portraits of his friend and a lot of other good pictures, generously displayed in this volume… One closes Hilly Janes’s modest, but clear-sighted, life with the conclusion that [Thomas] had an extraordinary gift, most of which he splattered against the pub-lavatory wall. And one really ought, one thinks, take another look at the work of Fred Janes.”

“Enchanting… It recreates the world in which he existed supported by an inner circle that included his Swansea friends, the Kardomah gang: fellow poet Vernon Watkins, the artists Mervyn Levy and Alfred Janes, the composer Dan Jones and the journalist Charlie Fisher. And it reveals tiny human details that bring him to life in a way more academic biographers would give their eye teeth for.”

“…the book is strongest when exploring Thomas’s youth, his early career and the close circle of writers and artists with whom he associated, the “happy shambles” of his early years in London. Janes is particularly illuminating when exploring the ways in which these young artists and writers would influence one another, and there’s an intimacy to these early chapters that fades a little as the book goes on, and Thomas’s star rises. A sense of distance sets in during some of the later chapters, as Thomas departs for his final, fatal tour of America.”

“Although Janes’s book is uncritical in every sense, it is a reminder that the point about Thomas was not his chaotic life but his luminous talent. I enjoyed the picture of Thomas as a teenager making lists of assonant words in his bedroom in Cwmdonkin Drive, a welcome counterpoint to the 18 straight whiskies he consumed in that other bedroom, on the night he died, in the Chelsea Hotel.”

The Three Lives of Dylan Thomas by Hilly Janes The Omnivore