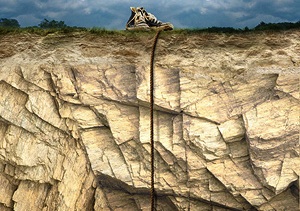 The Quarry by Iain Banks

Blurb: Kit doesn’t know who his mother is. What he does know, however, is that his father, Guy, is dying of cancer. Feeling his death is imminent, Guy gathers around him his oldest friends – or at least the friends with the most to lose by his death. Paul – the rising star in the Labour party who dreads the day a tape they all made at university might come to light; Alison and Robbie, corporate bunnies whose relationship is daily more fractious; Pris and Haze, once an item, now estranged, and finally Hol – friend, mentor, former lover and the only one who seemed to care. (Little, Brown)

“Banks’s masterstroke is the creation of the monstrously selfish Guy who, enfeebled by cancer, spends his time telling his son that he regrets the time he has wasted bringing him up, even while the boy is wiping his bottom for him. Of course he is in a pitiable condition and there are, unsurprisingly, many passages in which Banks gives expression to the virulent anthropomorphising hatred that so many people feel towards cancer, and with rare eloquence”

“What gives the novel its charm is the tone of Kit‘s narrative, which is both touching and funny. His explanation of the principles on which he conducts his supermarket shopping is delightful. Banks also catches very convincingly Kit’s devotion to his increasingly difficult father and the occasional spurts of impatience which nevertheless flare up. Kit’s relationship with Holly, the other generally laudable character in the novel, is very well done; it’s tender and touching.”

“The true genius in The Quarry is twofold. Kit’s deadpan narration is used not only to expose the petty squabblings of Guy and his entourage, but also to give a kind of clear-eyed pragmatism to life in the face of adversity. In contrast Guy is a gloriously awful creation, treating Kit like shit at every opportunity, ranting and raving about the state of the world, humanity, and his own shitty luck at dying too young.”

“Kit’s claustrophobic narrative is constrained in time and space: a long weekend at Willoughtree House, a final reunion of university flatmates to bid farewell to Guy. It’s Peter’s Friends meets Huis clos although instead of the Cambridge Footlights, these fortysomethings studied film at Bewford University (a fictionalised Durham). The friends themselves are sketched-in stereotypes – the politician, the stoner, the journalist, the soulless executives – and the half-hearted McGuffin that underlies the plot barely seems to matter by the end.”

“All revolve around Guy, after their university days together in the 1990s. Guy rants, monotonously if understandably, against the state of the world and his illness; and everyone fulfils their roles, with a lost videotape being the MacGuffin they have all turned up to find. The main problem with all this is the conversation among the characters, which is, to my mind mistakenly, too close to actual speech to be in any way pleasurable to read. Even an idiot in a novel should be an entertaining idiot. And yet, like all Banks’s fiction that I have read, there is an underlying charm, almost a kind of innocence in the whole set-up and execution.”

“There is no false comfort. Grimly misquoting Oscar Wilde’s line about lying in the gutter but looking at the stars, Guy tells Hol, “We are all of us in the gutter,” wheezing as he draws on a spliff, “but some us are staring down the drain.” There’s not much of “an upbeat, life-affirming note” to end on within the book, but its air of unfazed defiance speaks volumes — it’s the testimony of a writer refusing to go quietly, and with its posthumous publication Iain Banks has got the last word.”

“This splenetic loquacity carries with it both insight and humour. So “a fatal cancer is a kind of unwilled suicide,” Guy notes, “where, initially at least, one small part of the body has taken a decision that will lead to the death of the rest. Cancer feels like betrayal.” Facing it with positive thinking, however, is not an option: “You might as well walk into a burning building and try to put out the fire through the medium of modern dance.” The rest of the novel, including the closed-circle mystery elements – the tape, the missing mother – is doused by the weight of such torrents.”

“… a state-of-the-self book, a meaning-of-life book, as one might expect from one in Banks’ condition – but one that presents itself so mildly and casually that it’s more than halfway through before you clock that nothing much is actually going to happen. And maybe that’s the point: that the stuff of life, the stuff you’d feel the loss of most keenly if you were leaving too soon, constitutes stoned conversations, college memories and hopelessly out-of-date catchphrases from The Fast Show, more than the sort of dramatic MacGuffins deployed by writers to impose structure on shapeless, illogical old reality.”

“The Quarry is different from Banks’ more typical, edgier work but it retains his dark wit, particularly in Guy’s rants which cover everything from his own cancer to politics.”

“The Quarry hasn’t quite the polished storytelling quality one had become accustomed to in his writing. Don’t, however, be put off by the plethora of characters in the opening chapter. Given only first names they risk initial confusion. Persevere and you will be rewarded.”

“The book is narrated by 18-year-old Kit … He lives with his father, Guy, who is dying of cancer, in a crumbling house in the Pennines on the edge of the titular quarry. Guy has always refused to tell Kit who his mother is. So far, this final novel echoes Banks’s debut: The Wasp Factory’s 16-year-old Frank also lived alone with a father who harboured an enormous secret. The Quarry is richer and crabbier. Its cruelty is less outré but pervasive, and whereas Frank retreated from the world into savage rituals, Kit struggles towards it. With the help of Hol, a friend of Guy, he learns to interact with other people. A withdrawn teenage protagonist coming to terms with the world isn’t an original conceit (the majority of Banks’s protagonists are a variation on this theme), but Kit is plausible and often very funny.”

“Banks seems to have thought of The Quarry as a relatively minor piece, and he’s probably right. He wrote fast, usually producing his novels over no more than three or four months. Perhaps as a result, they do sometimes seem rushed, and some of the characters and situations here are a little sketchy. But the other side of the coin is Banks’s relaxed fluency – the direct, funny, unpretentious intelligence of his writing, which, along with his teeming imagination, made him perhaps Britain’s best-loved major contemporary novelist.”

“The problem with the novel is that the friends from uni are not clearly differentiated, and their dialogue on this awful weekend doesn’t ring true; it’s relentlessly declamatory, aggressive and critical.”

“The Quarry feels like nothing so much as a “greatest hits” and the borrowings don’t just come from the Banks back catalogue: the whole plot seems strangely reminiscent of the film Peter’s Friends … There are also problems with the narrator. We are given to understand that Kit is somewhere on the autistic spectrum by his repeated digressions on how many steps it takes to circumnavigate the garden, or the spectacle of him reciting a piece of film criticism from 20 years ago that he can remember word for word. Kit acknowledges that other people can find him irritating: unfortunately, I did, too … this book is a stinker.”