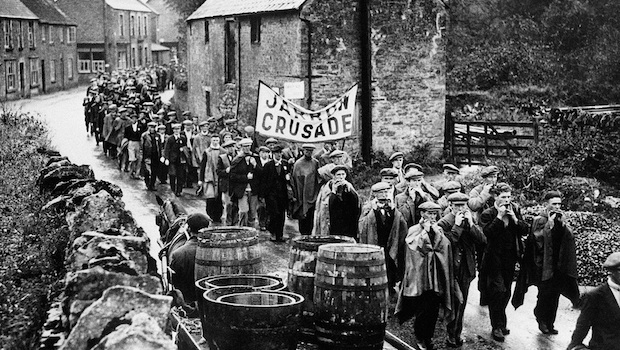 Blurb: What was it really like to live through the twentieth century? In 1910 three-quarters of the population were working class, but their story has been ignored until now. Based on the first-person accounts of servants, factory workers, miners and housewives, award-winning historian Selina Todd reveals an unexpected Britain where cinema audiences shook their fists at footage of Winston Churchill, communities supported strikers and pools winners (like Viv Nicholson) refused to become respectable. Charting the rise of the working class, through two world wars to their fall in Thatcher’s Britain and today, Todd tells their story for the first time, in their own words. Uncovering a huge hidden swathe of Britain’s past, The People is the vivid history of a revolutionary century and the people who really made Britain great.

“My feelings, after reading Selina Todd’s great book, is that a little salutary use of the guillotine wouldn’t go amiss as throughout our history “birth mattered more than effort”… This book — all the more powerful for being written in a cool, seemingly neutral and factual fashion: Todd is a history don at the University of Oxford — recounts the hard and heroic slog, as ordinary men and women sought basic protection and regulation, decent homes, adequate remuneration, and compensation for horrifying injuries in factories.”

“There is a slow-burning anger just beneath the chattiness of the individual stories she tells… The book is at its best when destabilising cliched narratives. Todd is strong on the 50s, with Churchill’s promise of the freedom of council housing and the idea of working-class life being all about belonging and collective spirit. ”

“Ms Todd’s great ability as an academic is to avoid writing like one, and that makes her book an accessible and entertaining read. She does not hide her political views, but that makes the book more readable. It also serves as a social history of Britain, and even for those who are not engrossed by the politics, the tales of the ordinary people whose lives spanned the last 100 years are compelling.”

“In spite of the publisher’s ludicrous hype, the book is a welcome addition to a national history curriculum that has all but given up on class. There’s nothing new here, but university students, having much to learn, will learn much… she sidesteps any direct engagement with consciousness and belief, building her argument instead on a conviction about the essential and historic unity of all wage earners. It seems to me her definition of ‘class’ is not quite cultured enough and her understanding of ‘struggle’ not quite curious enough to write anything as difficult and arresting as the rise and fall of the working class.”

“She and her Dave Spart contributors bemoan the plight of the working class from 1966 onwards, describing them as ‘the dispossesed’… There is much in this book’s analysis of where the worship of market forces has taken us, and the author is right to warn of the dangers of an unequal society. But Richard G. Wilkinson and Kate Pickett’s 2009 The Spirit Level said it better, and David Kynaston generally offers a more enlightening social history of the postwar years. I don’t accept that the working classes have suffered a fall; but I do accept that they’ve been a huge disappointment to people like Selina Todd and her friends.”

“Whenever she talks about politics it is like being trapped in a lift with a member of the Socialist Workers’ party… A bigger problem, though, is that the book is just so dreadfully dull. The best social histories, such as Servants, Lucy Lethbridge’s recent book on domestic service, are often enormously entertaining, but The People lacks any zest or sparkle. Oddly, it is not even particularly angry, just thoroughly miserable… This is working-class life as seen from the seminar room, not the street.”

The People: The Rise and Fall of the Working Class 1910–2010 by Selina Todd The Omnivore