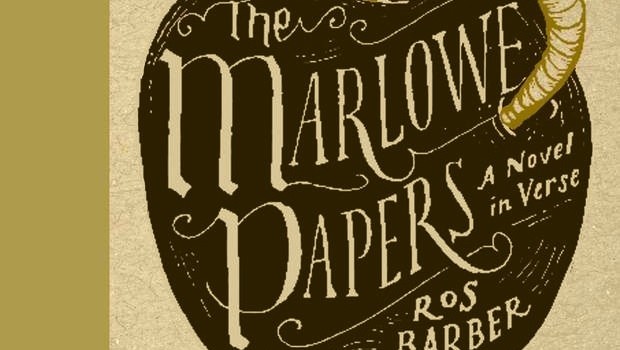 The Marlowe Papers by Ros Barber

Blurb: On May 30th, 1593, a celebrated young playwright was killed in a tavern brawl in London. That, at least, was the official version. Now Christopher Marlowe reveals the truth: that his ‘death’ was an elaborate ruse to avoid being convicted of heresy; that he was spirited across the Channel to live on in lonely exile; that he continued to write plays and poetry, hiding behind the name of a colourless man from Stratford – one William Shakespeare. With the grip of a thriller and the emotional force of a sonnet, this remarkable novel in verse gives voice to a man who was brilliant, passionate and mercurial. A cobbler’s son who counted nobles among his friends, a spy in the Queen’s service, a fickle lover and a declared religious sceptic, he was always courting trouble. Memoir, love letter, confession, settling of accounts and a cry for recognition as the creator of some of the most sublime works in the English language, The Marlowe Papers brings Christopher Marlowe and his era to vivid life. (Sceptre)

“Ms Barber is a poet and academic with a fairly rare knack of writing simply and directly. This in turn gives her work something of a common touch which may well popularise her beyond the scholarly circle of her fellow Marlovians.”

“Barber ingeniously weaves the action of the plays and sonnets into her story, as Marlowe travels to Denmark, falls for the Earl of Southampton and meets a Dark Lady. The verse is subtle and varied enough never to disturb the ear, and in fact you forget that you’re reading poetry at all. This is no bawdy, cod-Shakespearean romp. And if it doesn’t quite make you believe, you look again at Marlowe’s dangerous era with its riddles, disguises, allusions and concealments, and you begin to wonder …”

“At pinch-points of emotional strain, Barber resorts to the sonnet form itself, but her poetic craft sustains the long narrative with a supple linguistic fluency and compressed images. Marlowe distressed by his lover (“You watch the floor as though your words/are spilt on the rug between us”) has a visual potency resonant from Shakespearean lines. The language is grand, loquacious and intimate.”

“It’s an implausible theory yet it’s also a huge credit to Barber’s substantial powers that it convinces us, as she explores the connection between life and art, making links between the most famous of Shakespeare’s plays and aspects of Marlowe’s suggested life. And why write it all in verse? The man himself tells us: “A poem, the only code I know that tells the truth.””

“Despite [the] shaky scaffolding of literary conspiracy, there is a great deal to enjoy in “The Marlowe Papers.” Barber conjures up some beautifully realized scenes. The chapters, which are really poems, are brief — there are well over a hundred of them — and briskly move the story along. The language is convincing, and free of the gadzookery of Elizabethan pastiche. Her medium is mostly blank verse in iambic pentameter, that wonderfully supple form that could accommodate both exalted poetry — “high astounding terms,” in Marlowe’s own phrase — and those natural, casual-seeming speech-rhythms at which Shakespeare excelled.”

“Barber has made some sensible choices that help the work purr along: “barmaid” instead of “wench”, “Muslim” in place of the historically accurate “musselman”. Even her notes bristle with lightly worn erudition: “though in the 15th century ‘lunch’ was the sounds made by a soft body falling, and in the 16th a hunk or chunk of something, I have allowed it on the single occasion where no substitute would do”.”

“What Barber offers us, rather too playfully some may think, is 400 pages of blank verse. Kit Marlowe reminisces, decasyllabically, in middle age about his childhood in Canterbury, his years at Cambridge, his theatrical adventures, his Jacobean 007 work abroad, his loves (both sexes, all ages, including a “dark lady”) and his irrepressible need to write, even at the risk of the hangman’s rope. The Marlowe Papers grips. But it will pay to bone up on the relevant Wikipedia entries before embarking on the novel.”

Full of sharp wit and ribald humour, Barber’s poetry combines Elizabethan cadence with modern idiom to great effect, while her dramatic, page-turning plot gives her book the verve of a good thriller. In thrall to his lusty passions, whether for writing, illicit seduction or rash proclamations, Barber’s Marlowe is a complex but boldly entertaining bedfellow.”

“Like most stories about contested authorship, especially those involving Shakespeare, this skeleton engrosses some and seems ridiculous to many. As far as Barber’s own book is concerned, the point is not so much whether they are worth the time of day as whether she adds to them in a significant way or makes them more credible. Sometimes it’s hard to say (because the fancy-loving form she’s chosen has a distinctly destabilising effect on “hard facts”) and at others all too easy (because the poetry doesn’t create a sufficiently dynamic self-contained universe to be persuasive).”

Adam Foulds on In The Wolf’s Mouth, LRB →