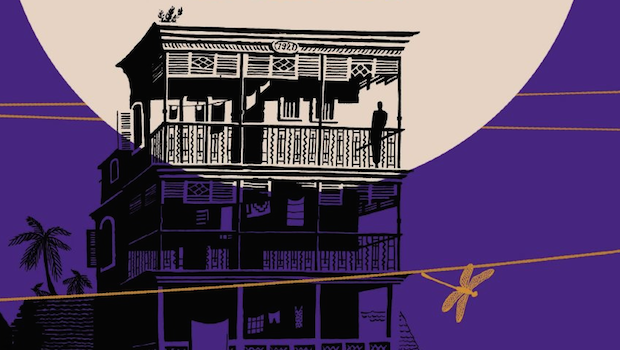 The Lives of Others by Neel Mukherjee

Blurb: ‘Ma, I feel exhausted with consuming, with taking and grabbing and using. I am so bloated that I feel I cannot breathe any more. I am leaving to find some air, some place where I shall be able to purge myself, push back against the life given me and make my own. I feel I live in a borrowed house. It’s time to find my own. Forgive me.’ Calcutta, 1967. Unnoticed by his family, Supratik has become dangerously involved in extremist political activism. Compelled by an idealistic desire to change his life and the world around him, all he leaves behind before disappearing is this note. The ageing patriarch and matriarch of his family, the Ghoshes, preside over their large household, unaware that beneath the barely ruffled surface of their lives the sands are shifting. More than poisonous rivalries among sisters-in-law, destructive secrets, and the implosion of the family business, this is a family unravelling as the society around it fractures. For this is a moment of turbulence, of inevitable and unstoppable change: the chasm between the generations, and between those who have and those who have not, has never been wider. (Chatto & Windus, May 2014)

AS Byatt, The Guardian

“There are tragedies and comedies, deaths and births, disasters and feasts. The story is marked by marriages, and the failure of Chhayha to marry because she is too dark-skinned. The cast is huge and the reader spends time, at one point or another, with most of them. It takes a while to get to know all the men, women and children, but the story is always gripping, and there are various time-bombs that suddenly change the way we see the book’s whole world.”

“As in an equivalent dynasty imagined by Galsworthy or Mann, the company founder supposes his commercial achievements can only be undone by his modernising sons, while the sons despair of the father’s lack of foresight. His wife retains a blind fondness for the family’s oldest retainer, in effect a slave procured as a child to raise her children and cook the delicious dishes of his impoverished background, a situation that will bring about a tragedy of injustice and misplaced loyalty worthy of Conrad at his darkest.”

“His fierce intelligence and sophisticates storytelling combine to produce an unforgettable portrait of one family riven by the forces of history and their own desires.”

“In startling imagery that sears itself into the mind, The Lives of Others excellently exposes the gulf between rich and poor, young and old, tradition and modernity, us and them, showing how acts of empathy are urgently needed to bridge the divides.”

“The Ghoshes are not a likeable clan. There is sibling rivalry in lethal quantities in every generation, and several grotesqueries of ruthlessness and selfishness. Minor local characters, such as a mad tramp of a maths professor, could be Dickensian caricatures, while Supratik’s central moral dilemma – the calculus ‘about the worth of one’s own kind measured against the lives of others’ – carries the same point as Bleak House’s satiric Mrs Jellyby, though the young Bengali here takes his sense of righteous mission to more tragic extremes. All the characters have redeeming moments, however brief, often thanks to a kind of rueful foresight we gain via the book’s elaborately structured chronology.”

“His cast in its number and drama is at times overwhelming. Plots vanish apparently inconclusive or become dislocated in flashbacks, and some of the occupants of the house on Basanta Bose Road never quite emerge fully formed. The language is rich, like the feasts, and a little indigestible in places. Somehow, however, none of this makes the reading of each character’s story any less enjoyable.”

“Mukherjee’s first novel was contrapuntal in form and The Lives of Others, though much more ambitious in scope, is similar in structure: the narrative of the Ghosh family’s decline is punctuated by Supratik’s despatches to Purba. The writing is unfailingly beautiful but the device seems slightly strained. Would even the most lovelorn young revolutionary commit himself to paper in such reckless detail?”

“The Lives of Others reads like the penultimate draft of a really good novel. Yet its saving grace is that it is unfailingly interesting.”

“Mukherjee has written a long, complex novel about how cruel people are. It is a brilliant tirade: bilious aunts plotting for 500 pages; an uncle with a very dirty fetish; 10 pages of graphic torture. His sympathy lies firmly with the “have-nots”. My concern is one of balance: are the “haves” just too awful? In Mukherjee’s mind, most are so depraved they would make militant revolutionaries of us all.”

The Lives of Others by Neel Mukherjee The Omnivore