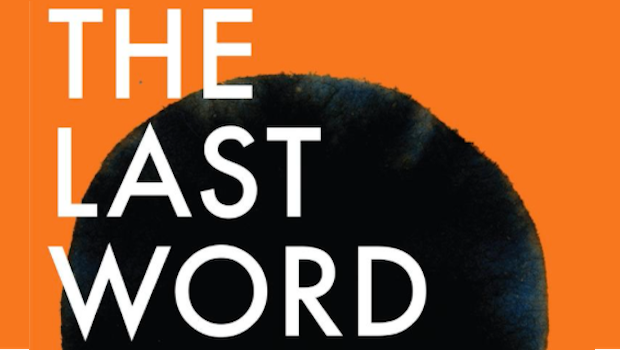 The Last Word by Hanif Kureishi

Blurb: Mamoon is an eminent Indian-born writer who has made a career in England – but now, in his early 70s, his reputation is fading, sales have dried up, and his new wife has expensive taste. Harry, a young writer, is commissioned to write a biography to revitalise both Mamoon’s career and his bank balance. Harry greatly admires Mamoon’s work and wants to uncover the truth of the artist’s life. Harry’s publisher seeks a more naked truth, a salacious tale of sex and scandal that will generate headlines. Meanwhile Mamoon himself is mining a different vein of truth altogether. (Faber & Faber, 2014)

“Kureishi has had an uneven record ever since his breakthrough with the script for My Beautiful Laundrette. This is his best work to date — it is very funny and goes beyond good taste at almost every point.The Man Booker judges have had, historically, minimal tolerance for outrageousness. But, unpleasant as it is to read in places, Kureishi has written a major work, founded on a major literary problem, set by a master of his craft. I would love to see The Last Word win this year — if only to see if Naipaul joined in the applause.”

“You hardly need belong to what Hanif Kureishi calls the “gossipocracy of agents, publishers and writers” to know that, behind his new novel, early readers have detected traces – no, raw bleeding chunks – of the relationship between VS Naipaul and his biographer Patrick French. Kureishi has often plundered not merely his own background, but that of his peers. He has aimed not so much to tease us with coy romans à clef but to prove via the alchemy of fiction that – in Keats’s words – “A man’s life of any worth is a continual allegory” … We should notice that The Last Word not only draws on a literary sub-genre about the oedipal stand-off between biographer and artist (from Maugham’s Cakes and Ale to Roth’s The Ghost Writer). Crucially, it also lends the ageing, snarling lion some traits of its author.”

“Where this novel steps away from satirising a literary monster and his absurd marriage, it describes the business of an artist approaching death with a brio which makes this Kureishi’s best novel since The Buddha of Suburbia, perhaps because it returns to the original themes of family, race and identity.”

“Kureishi has a deft touch with the themes we’re expecting – the nature of truth, the perils of memory, the private versus the public man – and so neatly sidesteps some of the clichés of his storyline.”

“True to this varying form, there are lengthy stretches in The Last Word in which the reader starts to think that the 2014 Man Booker prize judges, if they can find space for an English writer among the threatened American influx, should look no further than Kureishi. These parts of the book teem with arresting aphorisms – “A writer is loved by strangers and hated by his family” – and pithy exposition of character. There are also frequent enjoyable set piece scenes … On other pages, however, the only literary honour that Kureishi seems likely to be claiming is the Bad Sex prize.”

“The resulting battle of wills between expert and novice writer is presented as farce and none of the characters truly convince, nor is the book as funny as it thinks it is. An exceptional table-turning twist in the final furlong, though, all but redeems everything that has gone before and adds substance to the many earlier conflicts between art and lucre, man and mammon, not to mention Harry and Mamoon.“

“Smart phrasing (as with “the gossipocracy of agents, publishers and writers”, whose detractive tittle-tattle Mamoon relishes) perks up the prose. But structurally the novel becomes increasingly ramshackle. The interplay between its celebrated author and predatory biographer slips into the background as chapters ramble off into Harry’s childhood and his relationship with his hippie mother or lurch around to show scenes of his various sexual entanglements with perfunctorily portrayed women (even his pregnant fiancée, a figure of some significance, is flatly characterised).”

“For all its perspicacity about intellectual heavyweights and its amusing insights into publishing, the novel fails when Kureishi tries to give a state-of-the-nation commentary or indeed attempts realism. It takes place in a strange hinterland where domestics curtsey and literary success ensures a television career. Kureishi’s best works display emotional and philosophical truth. For all its cartoonish zest, The Last Word is ultimately a rather cruel, unlovable novel.”

“Reading this novel you witness the disintegration of a talented writer – not Mamoon, but Kureishi. The prose is ordinary and the dialogue poor (“You are a succulent woman, juicy as a dolphin”). In this context all the pious talk of writers being “Christs of the page” is embarrassing.”

The Last Word by Hanif Kureishi The Omnivore