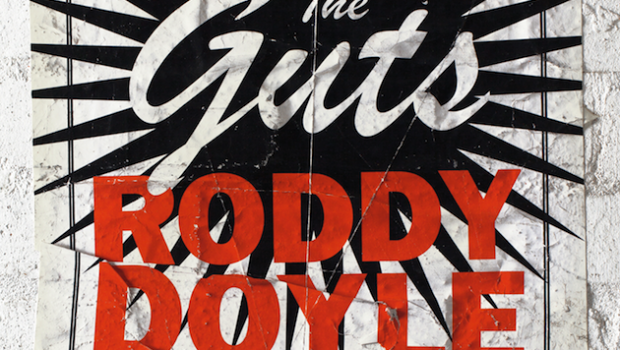 The Guts by Roddy Doyle

Blurb: Jimmy Rabbitte is back.

The man who invented the Commitments back in the eighties is now forty-seven, with a loving wife, four kids … and bowel cancer. He isn’t dying, he thinks, but he might be.

Jimmy still loves his music, and he still loves to hustle – his new thing is finding old bands and then finding the people who loved them enough to pay money for their resurrected singles and albums. On his path through Dublin he meets two of the Commitments – Outspan, whose own illness is probably terminal, and Imelda Quirk, still as gorgeous as ever. He is reunited with his long-lost brother and learns to play the trumpet. (Jonathan Cape, 2013)

“This isn’t obvious comic fodder, and the novel is probably the most contemplative that Doyle has written — as a meditation on the importance of family, it is at times almost unbearably moving. But there are also several good jokes and some hilariously unwholesome comic scenes. The characters are all so warm and funny and irritable, so brimming with rude life, that this novel about ­illness and death manages never to become morbid.”

“As often pointed out, the author captures the authentic tones of a late 20th-century, urban working-class, pub- and housing-estate culture, all Howyeh and Wha’ d’you mean? and shite and fuck. If this Irish vernacular lacks the inventiveness of something like John O’Connor’s 1948 novel Come Day – Go Day, it nevertheless works to drive the narrative forward and establish an emphatic atmosphere. In a sense, it takes the place of a plot.”

“The Guts is more than just The Commitments II. As he proved in 2011, with his unsparing collection of short stories,Bullfighting, Doyle has become something of a poet of painful middle age. And, certainly, there are moments in The Guts when you sense that Jimmy’s cancer might indeed be metaphorical (in truth, most of the gory details are absent) and that the novel is ultimately a giddy testament to the power of midlife resilience.”

“The book has an abundant charm, and under a shambolic surface is surely meticulously planned and structured. But Jimmy’s cancer is a sort of get-out-of-jail-free card into unearned sentimentality. The many apt musical references will make fortysomethings smile and nod nostalgically, and Jimmy himself is an alert presence, but the other characters lack sparkle. The Rabbittes rarely have a conversation of any intellectual depth, and anyone who inconveniences them even slightly is instantly designated the unlovely C-word.”

“The  great thing about Roddy Doyle is his ear for the demotic. He is himself involved in a community writing project and his capacity to reproduce real, contemporary talk, at least Dublin talk, is unsurpassed. The dialogue between Jimmy and his father, Jimmy Snr, is a distillation of a thousand such conversations: economical, humorous, understated and punctuated with more fucks — noun, adjective and verb — than anyone else could get away with. Brilliant. The downside comes of Jimmy so patently sharing the author’s outlook”

“The Guts isn’t his finest: the scenes at the lads’ rock festival lost weekend tend to drag, and the sub-plot involving his Marvin is, frankly, ridiculous. But it’s still rare to come across a dialogue-driven cancer story that isn’t portentous, over-reflective or mawkish, that notices detail and can convey affection with humour.”

“The Guts is some distance off the pace of his best novels, such as The Woman Who Walked Into Doors, an impressive act of imaginative sympathy, or, perhaps best of all, Paddy Clarke Ha Ha Ha – a near-perfect recreation of a young boy’s mental world. There are plenty of complaints that could be lodged against the new book. It has the same rough, slightly provisional feel as The Commitments and The Snapper, but without their energy or narrative drive … Nevertheless, The Guts has life, and heart, and jokes. In these circumstances much can be forgiven.”

“I’m not sure that new readers will fall in love with The Guts in the same way Jimmy’s young ones do with his fictional rockers. For Doyle groupies, however, there’s nothing like old shite to make you feel at once old, wistful, and slightly superior. I predict a No 1 hit.”

“There are too many plotlines developed: these then don’t receive adequate attention as the story unfolds.’

“There’s a dilemma here: how can one remain engaged by a character who’s in the throes of cancer when the cancer itself doesn’t feel real? The Guts is not, as Doyle feared, a sentimental book. Instead, it’s a book hampered by its own fear of sentimentality. Add to that a corresponding nervousness about straying into dark, depressing territory, and what you have is a curiously gentle comic novel that’s notable for the narrowness of its emotional range.”

The Guts by Roddy Doyle The Omnivore