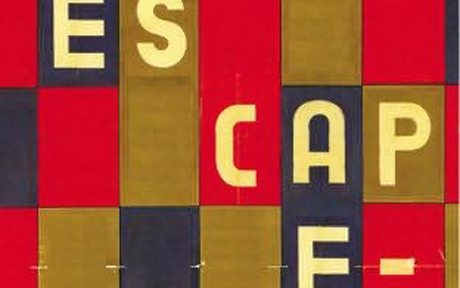 The Escape by Adam Thirlwell

Blurb: In a spa town snug in the Alps, at the end of the twentieth century, the 78-year-old Haffner is seeking a cure, redress, more women; and ignoring the will of his wife. He is there to claim her inheritance: a villa on the outskirts of a forgotten spa town. But Haffner never does what he is told… (Jonathan Cape, 2009)

“Thirlwell’s voice has, fortunately, grown up, and he has produced an accomplished book that begins to realise his considerable potential… despite (or, depending on your tastes, in addition to) the chronic satyriasis, The Escape is one of the best British novels I’ve read this year for one reason: Thirlwell’s prose. At once effervescent and elegant, his narrative voice lifts the novel’s lecherous comedy beyond the sublunary lovers’ antics into a more rarefied sphere.”

“If the wry portentousness sometimes exceeds the impact of its philosophy, it rarely does so at the expense of our pleasure. And even when the narrative circus, the twisting logic and relentless brightness start to grate, Adam Thirlwell remains a very human writer, with one eye firmly fixed on folly, the other searching out paths towards transcendence. The élan with which he realises his adventures in bathos is less a hindrance to his meaning than a function of it.”

“The novel fizzes with intelligence, verbal skill and humour; the sex scenes are generally funny, sometimes immensely so… Martin Amis’s influence is manifest throughout; Thirlwell, like Amis, does not allow prose to be subservient to the unfolding of a story or the exploration of characters. Yet this is still a decent book, even if it doesn’t grasp and define a society, or even a section of it; it entertains, in spite of its faults.”

“…”Haffnerian” means a bit Pnin-ian, a bit Rabbit-like and a bit Portnoy-esque. It means a literary construct that Thirlwell, an All Souls Fellow and protegé of the sex-obsessed Oxford academic Craig Raine, enjoys principally for the way it permits him to allude to other authors, ie rip them off… That said, I enjoyed this more than Politics, his supposedly shocking debut… But The Escape is best when Thirlwell focuses on real life (for which he has an exacting eye). A little time away from academia would do him the power of good.”

“This combination of styles and devices doesn’t make for an easy read; the prose is, at times, beautifully written, poignant and clever, but also feels slightly self-indulgent and confusing. And these shortfalls, while not fatal to enjoyment of the book, frustrate the reader… The Escape is a good, not a great, book. I suspect, though, that Thirlwell may turn out to be a great, not just a good, writer.”

“The mediating presence of an anonymous but ubiquitous narrator, scattering arch obiter dicta like so much carnival confetti, is one of Thirlwell’s stylistic tics. The effect is that of being chivvied by an assiduous tour guide on a set route through a text in which one would have preferred to wander at leisure… But the narrative develops a sense of authenticity that is persuasive enough not to be disturbed, even by the inevitable adventurous sex scene. Until the final pages.”

“The plot mostly limps between farcical sex scenes, intended to be funny. They aren’t. Not only is the plot skimpy, but the flashbacks suffer from the same curiously static, dead quality of the novel’s present… Indeed, the only narrative drive this novel generates is the drive to put it down.”