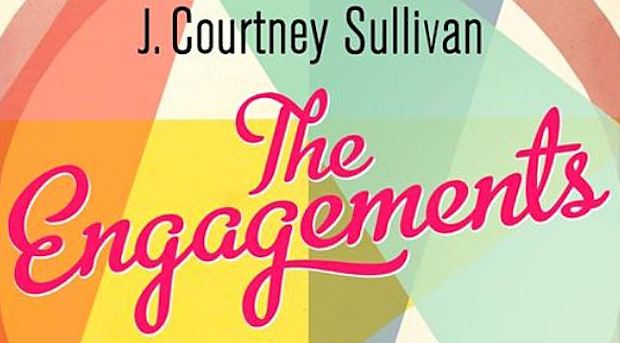 The Engagements by J Courtney Sullivan

Blurb: 1947: Mary Frances Gerety, a young copywriter in an eminent advertising agency, has to convince the world of two things – that marriage means a diamond ring on every woman’s finger, and that she is as good at her job as any man. And then, in one moment of brilliant inspiration, Mary Frances writes down four words which will achieve both her aims… (Virago)

“Sullivan plays her cards with considerable assurance, running together ideas, plots and, eventually, the characters themselves with skill and care. The form suggests the uniformity of life in modern America, one held in uneasy alliance by patriotism, a pervasive media and rampant consumer- ism. And yet, the gaps between Sullivan’s stories remember how fragile that consensus so often is. If I had a reservation about The Engagements, it is that, at times, Sullivan feels careful to the point of playing it safe. Her prose is crisply functional without ever quite letting its hair down as it did in her previous novel, Maine.”

“This is a book that pivots on a marketing gimmick, the De Beers advertising slogan “A Diamond Is Forever,” and the crises it can engender. One of Ms. Sullivan’s main characters is Frances Gerety, the real advertising copywriter who created that sales pitch in 1947, in the postwar era when a diamond was anything but a necessity. “The Engagements” uses the trite but stealthily satisfying device of telling different love stories in different time periods, from 1947 to 2012. At each stage of the game, the engagement ring has a different meaning.”

“The main problem is that the chapters of each life are interwoven, so you must wait for almost 100 pages before each one reappears. To sustain such a wait, you have to have some pretty good characters. And these ones aren’t. Most feel more like cheaply-cut replicas than originals. The housewife is well-groomed and emotionally repressed. A betrayed woman cuts up her lover’s clothes. The French play boules and eat steak frites. Much like diamonds themselves, these characters feel less like they have been freshly created than mined from elsewhere, then given a new setting here. And not to best effect.”

The Engagements by J Courtney Sullivan The Omnivore