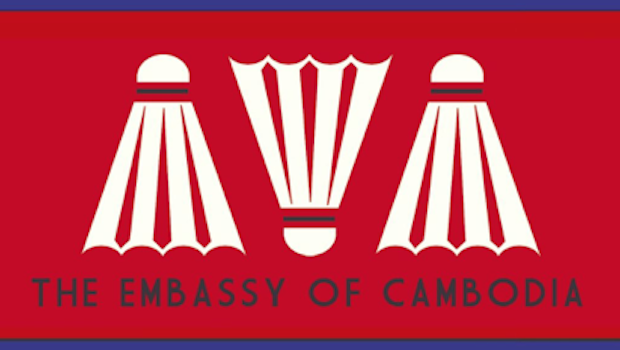 The Embassy of Cambodia by Zadie Smith

Blurb: First published this Spring in the New Yorker, The Embassy of Cambodia is a rare and brilliant story that takes us deep into the life of a young woman, Fatou, domestic servant to the Derawals and escapee from one set of hardships to another. Beginning and ending outside the Embassy of Cambodia, which happens to be located in Willesden, NW London, Zadie Smith’s absorbing, moving and wryly observed story suggests how the apparently small things in an ordinary life always raise larger, more extraordinary questions. (Hamish Hamilton, 2013)

“It’s a novel in miniature, divided into 21 tiny “chapters”, each of which is a brief scene that encapsulates what many writers would take several thousand words to say. Reading it is a bit like having a starter in a restaurant that is so good you wish you had ordered a big portion as a main course, only to realise, as you finish it, that it was exactly the right amount.”

“In scene and cast, it might almost count as an offcut of NW, with its carefully focused snapshots of life in Willesden, her native inner suburb. However – and proof of Smith’s restless versatility – the ardent, even anguished prose of that novel has cooled down into a humane lucidity that recalls one of her early touchstones: EM Forster.”

“Condensed into 21 brief chapters, Smith’s lucid and deceptively simple novel shows her vivid gift for catching even minor characters — the Derawal children are all too believable — and handling squalid details with grace and empathy.”

“Playful, sure of herself, unexpected and somehow absolutely right for this unusual little book, which skips along to an informal beat all of its own.”

“The mundane and the tragic hover side-by-side throughout. Fatou and Andrew discuss the Holocaust, God and the devil, but their conversation is riddled with amusing mistakes. Fatou saves the life of the Derawals’ youngest child and then instantly worries about getting the washing done. The story is narrated in the grand voice of “we, the people of Willesden,” almost like a Greek chorus, but what is described is everyday. The effect is strange and haunting, like one of Kafka’s elusive parables.”

“Smith’s tale poses the question of how we can be aware of human atrocity and still find space “in which to live our own lives or apply ourselves to ordinary tasks, never mind occasional pleasures, like swimming”. A weighty theme but, like the Cambodian badminton player whose shots always trace a “gentle, floating arc”, Smith brings a lightness of touch.”

“The first-person plural chorus lends a faux intimacy to Willesden’s residents. The relationship between Fatou and her church friend Andrew showcases Smith’s sharp but affectionate observation. The Derawals fail to appreciate Fatou: when she saves one of their children from choking, she has no sooner been thanked than the sniping about domestic trivia begins anew.”