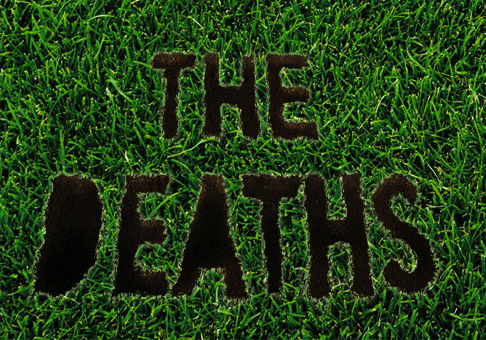 The Deaths by Mark Lawson

Blurb: A consummately plotted crime novel and a forensic social satire from one of Britain’s most highly regarded broadcasters. (Picador, 2013)

“In truth, the “crime” element of the book is perfunctory: it exists, I think, because Lawson believes readers are more inclined to be generous about characters they dislike if they can regard them as potential victims. The best thing about The Deaths has nothing to do with the deaths. It’s Lawson’s Tom Wolfeian reportage, which is wonderfully vivid and detailed, whether we’re at a clay pigeon shoot, Waitrose, the theatre (“The pissed sister’s in Harry Potter, isn’t she?”) or, most toe-curlingly of all, in Marrakesh (“Is this where they sell us into the white slave trade?”).”

“The Deaths is a fine, acerbic satire nailed to the frame of a pacy police procedural. As with his earlier novels – particularly 2005′s Enough is Enough – the pleasure of reading Lawson’s prose is in the observational detail, the sardonic humour, the mirror held up to the present day (there’s a good riff on Cameron/Brookes “lol” confusion). His southerly neighbours may not enjoy it, but the rest of us will find in The Deaths a bleak, compelling portrait of the way the 1% live now.’

“Lawson nails each of his characters with the telling details that make them not necessarily likeable but certainly utterly believable and the book is narrated not by an omniscient voice but in a fluctuating style that adopts the inflections, language and knowing asides of each character in turn.”

“The Deaths is packed with superbly sharp observation, whether it is the belittling banter that passes for male conversation, or the current obsession with coffee as a form of pseudo-connoisseurship (the killings are discovered, in fact, by a delivery man from the CappucinGo coffee company). Despite all that, and some good one-liners, The Deaths makes oddly joyless reading. It never quite takes off into full-blooded satire, and Lawson’s superiority to his characters is not engaging.”

“Worst point of this novel: its main characters are so unappealing it’s not much fun spending time with them – if I was at a party having these conversations I’d go to bed early. Unfortunately I was in bed, with the book. Best point: it’s good satire on the upper middle classes. Overall: Doesn’t quite get there.”

“There is irony in Mark Lawson’s soul. Prolixity, too. The constant references to BBC Radio 4 (on which he presents Front Row) reveal his target audience, but as a narrator he likes the sound of his own voice far too much. Indeed, the novel reads as though dictated – in a hurry. Even so, sound plays an important role in it. The title, for example, comes from a mishearing of “debts”.”

The Deaths by Mark Lawson The Omnivore