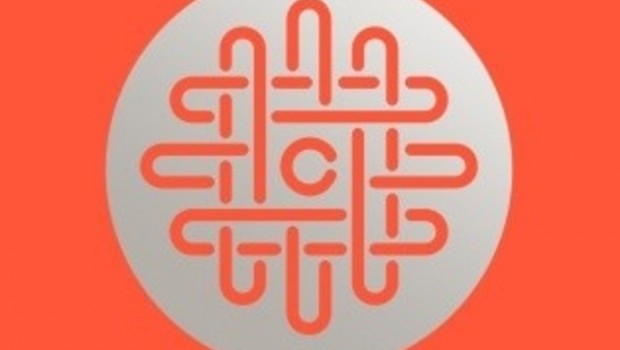 The Circle by Dave Eggers

Blurb: When Mae Holland is hired to work for the Circle, the world’s most powerful internet company, she feels she’s been given the opportunity of a lifetime. The Circle, run out of a sprawling California campus, links users’ personal emails, social media, banking, and purchasing with their universal operating system, resulting in one online identity and a new age of civility and transparency. As Mae tours the open-plan office spaces, the towering glass dining facilities, the cozy dorms for those who spend nights at work, she is thrilled with the company’s modernity and activity. There are parties that last through the night, there are famous musicians playing on the lawn, there are athletic activities and clubs and brunches, and even an aquarium of rare fish retrieved from the Marianas Trench by the CEO. Mae can’t believe her luck, her great fortune to work for the most influential company in the world—even as life beyond the campus grows distant, even as a strange encounter with a colleague leaves her shaken, even as her role at the Circle becomes increasingly public. (Knopf Publishing Group, 2013)

“It’s terrifying stuff but, being a novel by Eggers, it’s also inventive, big-hearted and very funny – even if the idea of ‘frowning’, Facebook-style, at murderous Guatemalan paramilitary organisations is so plausible you’re less inclined to laugh than weep. Prepare to be addicted.”

“Eggers’s fifth novel is not without flaws – humdrum prose, a rudimentary, off-thepeg plot culminating in a laughably crude twist – and won’t necessarily convert those who see its author as a nonfiction writer with fiction pretensions rather than a fully fledged novelist. But it should do. Like Candide (the likely model for this book about a cultural revolution that Eamon calls ‘the second Enlightenment’) it teems with terrific detail, an infallible sign of a world that’s been fully imagined.”

“The Circle is a deft modern synthesis of Swiftian wit with Orwellian prognostication. That is not to say the writing is without formal weaknesses – Eggers misses notes like an enthusiastic jazz pianist, whereas Franzen is all conservatoire meticulousness – but rather to suggest that The Circle is a work so germane to our times that it may well come to be considered as the most on-the-money satirical commentary on the early internet age.”

“Science fiction diehards may find little new in the way Eggers projects forward pessimistically from modern habits but for everyone else this is about as visceral as tub-thumping Luddism gets.”

“There is a parable-like quality to the novel. Its anxieties about the information age, the erosion of privacy and the drift towards the compulsory are handled with more subtlety than the recent jeremiads of Jonathan Franzen on the same subjects. In part, this is because Eggers gives us genuinely optimistic, utopian characters – who would argue with anything that saved the life of a child from a paedophile, he asks … Although the concerns of the novel are signalled fairly blatantly, Eggers still manages to pull some surprises. The ending is truly shocking.”

“The US media are already up in arms about Eggers’s prescient, scary book, taking sides (broadly along generational lines) about whether the author is a seer of evils or a paranoid young fuddy-duddy. As a novel, it works perfectly and is pretty much unputdownable. What should give us pause for thought, and what is delineated in such a moving and nuanced way through Mae’s story, is what we risk losing when we submit ourselves to the internet’s creed of sharing everything. Put simply, we lose ourselves when we relinquish that fundamentally human quality of thriving on what is not known and not said.”

“Though The Circle is never less than entertaining, it can sometimes lumber into the tendentious, with minor characters — like Mae’s former boyfriend Mercer — spouting diatribes that laboriously spell out the dangers of living online or the impossibility of quantifying emotions. At times, it also seems as if the novel couldn’t make up its mind about whether it wants to be a closely observed satire of a recognizable world today, or a more apocalyptic, dystopian look at a near-future in which Circle membership would become mandatory and the company threatens to replace the federal government. Because the narrative vacillates between these two modes, it never really gives the reader the sense of being thoroughly immersed in a coherent, fully imagined universe with rules and an inevitability of its own.”

“By Eggers’s standards, this isn’t a particularly sophisticated book. The prose is easy flowing, but never very exciting. You need a high tolerance for sentences such as, “Word spread throughout the InnerCircle and Mae was sent 7,716 smiles by noon.” The tone is also dizzyingly inconsistent: a subplot about Mae’s father’s medical problems feels like it has been transplanted from a different novel altogether. But in spite of all this, it is a gripping and highly unsettling read.”

“Despite a climax involving a leadenly symbolic, Jurassic Park-style “feeding experiment” in the Circle’s aquariums, The Circle is the well-managed thriller Eggers plainly intended it to be. If it weren’t for his pitchperfect rendition of tech grandiosity, there would be no reason to long for the wiser satire he might have given us.”

“The nagging trouble with the book is the superficial way it presents the main character. We rarely get Holland’s internal response to events; she’s observed from the outside, as if viewing a film. Her reason for believing in the Circle never fully comes across. Despite that, the ideas behind “The Circle” are compelling and deeply contemporary.”

“Eggers’s writing is so fluent, his ventriloquism of tech-world dialect so light, his denouement so enjoyably inevitable that you forgive the thin characterisation and implausibility of what is really a clever concept novel. As soon as the novel appeared, corners of cultural chatter-sphere lit up in typical, fissiparous mode: commentators both “smiling” and “frowning” (to borrow Circle terms); some happy to take the ride; others perplexed that an author as hip as Eggers should be conservative on social media; others still mocking the daft idea that the infinitely disputatious internet might be subsumed into any unified programme.”

“I’m less concerned with the few thousand people who work at the Circle than I am with the impact it has on the few billion who use it. Too often The Circle introduces brilliant ideas (many of which could have been the basis for whole novels) but doesn’t follow through on their impact on wider society and the nature of the compact that we, the consumers, have made with these companies, not realising that if something’s free, then we’re the product.”

“At 500 pages, this relentless broadside against the corrosive effects of the connected life is as subtle as a sponsored tweet. Make no mistake: Eggers has seen the Facebook effect, and he does not “like” it. His parable of technological madness reads like a BuzzFeed list of “Top 10 Problems With the Web.” He’s followed the links from today’s Silicon Valley to next Tuesday and discovered that we’re all craven exhibitionists, distracted into idiocy by the insatiable demands and worthless pleasures of the Internet. Yelp, indeed!”

“Even at 500 pages, The Circle reads very fast, and that’s not a compliment. However long the novel actually took to complete, it feels slapdash. There’s not a lot of terrible writing here; there just isn’t much good writing. Moreover, the prose is fat. The text is prone to provide not a single piquant detail but five merely OK details. Flabby dialogue is common … The Circle explores a number of inventive ideas, and the premise is promising. Yet because the execution is pretty lame, this novel never rises above type.”