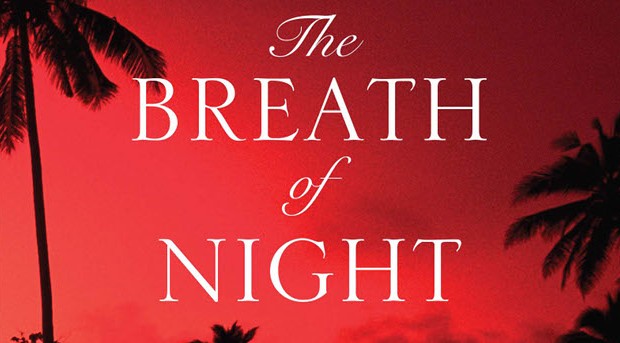 The Breath of Night by Michael Arditti

Blurb: Julian Tremayne is a missionary priest in a remote Philippine village during the Marcos dictatorship. After championing the Communist rebels, he finds himself imprisoned for the murder of a local military commander. Three decades later, following his own mysterious death, a cult develops around Julian and there are calls for him to be made a saint. When Philip Seward is sent out to investigate on behalf of Julian’s family, he is drawn into a labyrinth of vice, violence and corruption where nothing and nobody are what they seem. (Arcadia)

“This is a rich and complex novel. There is comedy too amid the horrors, and there are moments of tenderness. Arditti has explored the question of the morality of terrorism before, notably in Unity, and the conflict between faith and reason in other works. But this, despite my modest strictures, is perhaps his finest novel yet. Its subject is important, its execution generally assured. It invites you to think and forces you to feel; and this is what a novel should do.”

“The novel ends with a masterly twist and there is an epilogue that raises further questions. Arditti has written a thriller that is a disturbing picture of what happens when the rich and powerful plunder a country with scant regard for the majority of its inhabitants. Food for thought, as well as an excellent read.”

“Interspersed with his investigations are the witty and thoughtful letters of Julian Tremayne himself – starting out light and observant, becoming increasingly angry and questioning – which open a fascinating window into an overwhelming, contradictory country. Satisfyingly teeming with life, this is a novel unafraid to explore big political and religious issues with relish and insight.”

“Michael Arditti writes about it all in relentless detail and crystalline clarity. He is unlikely to ingratiate himself with the Vatican and the Philippines Tourist Board. In a skilful balancing act, Arditti has contrived a serious consideration of ecclesiastical schism in the context of a lurid travelogue focused on the brutality and superstition of Filipino life high and low.”

“The Breath of Night manages deftly to avoid the narrative constraints of polemical fiction through bold characterisation and its harrowing depiction of a specific setting. Julian and Philip bear testament to a country which has passed from Spanish colonialism to US imperialism via the feudal deprivations of the Marcos years. As a result, the trajectory of the Honourable Julian Tremayne from Durham priest to potential revolutionary seems a road that is straight and true.”

“Michael Arditti’s last novel was about seekers after miracle cures at Lourdes. This one is much more ambitious in scope and  complexity but investigates some of the same moral dilemmas … if you go into this sinewy novel expecting food for thought, do not be surprised when you also find ‘a cracking good read. I have one cavil. Philip is writing a novel, which becomes the story he is investigating. Does this make that story truth or fiction? It is narrated alternately by Father Julian and, some years later, by Philip. Whose story should we believe? Who is the character and who the novelist? This is a very tired fictional device and its use does nothing much to improve or add greater depth or further dimensions to the story.”

“A web of corruption and theology, this compelling novel uncovers the dark underbelly of the Philippines with all the pace of a thriller.”

“A serious novel that engages with big themes. It has a strong premise and is well-constructed … The influence of Evelyn Waugh and Graham Greene is obvious. Fr Julian’s background brings Brideshead Revisited to mind and there is also a debt to The Power and the Glory. Unfortunately, Arditti lacks Waugh’s sure touch, and makes small but irritating mistakes. In one of his letters, Fr Julian refers to a Catholic parish priest as “the incumbent”; it is a technical term for someone who enjoys the income of a church office and, is used – when used at all – of Church of England clergy, not Roman Catholics.”

“Philip is irritatingly naive and unconvincingly drawn, but underlying his trite observations is a thought-provoking interrogation of the uneasy, often contradictory relationships between the Church, God, poverty and extremism.”

The Breath of Night by Michael Arditti The Omnivore