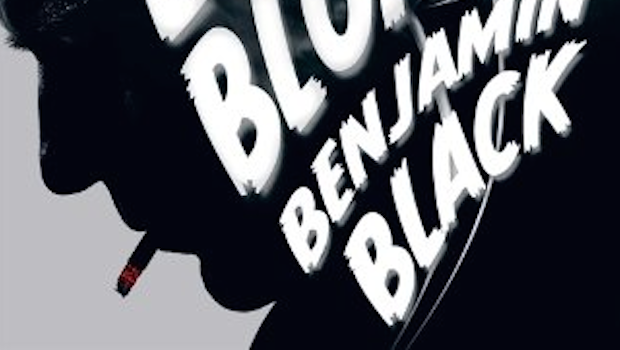 The Black-Eyed Blonde: A Philip Marlowe Novel by Benjamin Black

Blurb: Maybe it was time I forgot about Nico Peterson, and his sister, and the Cahuilla Club, and Clare Cavendish. Clare? The rest would be easy to put out of my mind, but not the black-eyed blonde…
It is the early 1950s. In Los Angeles, Private Detective Philip Marlowe is as restless and lonely as ever, and business is a little slow. Then a new client arrives: young, beautiful, and expensively dressed, Clare Cavendish wants Marlowe to find her former lover, a man named Nico Peterson. Soon Marlowe will find himself not only under the spell of the Black-Eyed Blonde; but tangling with one of Bay City’s richest families – and developing a singular appreciation for how far they will go to protect their fortune… (Mantle, February 2014)

The plot is dead right, and apart from a couple of places where the dialogue sounds a bit more Wodehouse than Chandler (“A gloomy pair, were they?” “You know Mexicans.” “Yes – not the most scrutable people in the world”), the voice is spot on too … Black follows the formula so closely that occasionally one feels that some of the illuminating irreverence of, say, Altman’s film of The Long Goodbye might have been welcome.:

“Instead the new book takes 1953’s The Long Goodbye as its starting point, with Marlowe as he should be – the solitary detective. Clever bird, this Banville, I thought to myself, tilting my fedora back. He’s got Marlowe back on his feet all right.“

“Chandler attempted to pep up what he called the “flat, toneless and tiresome” texture of American English by sprinkling it with extravagant similes and metaphors, which were often so strange and so piquant that they overpowered the rest of the content of the novels. “A blonde to make a bishop kick a hole in a stained-glass window”? Fantastic. But name the blonde. Or the book. In The Black-Eyed Blonde Banville produces nothing quite so memorable, or forgettable. If anything, oddly, the book is probably better than an actual Chandler: more coherent, and more consistent, more careful. Banville is simply a more elegant writer.”

“The Booker prize-winning Irish novelist might, somewhat bizarrely, go a little overboard on the descriptions of characters’ head shapes – variously like a shoe box, a peanut shell and a cottage loaf – but Banville has largely perfected Chandler’s much-mimicked, seldom-bettered knack for similes and one-liners (“around here there are days in high summer when the sun works on you like a gorilla peeling a banana”).”

“What Banville, through Black, brings to Chandler is perhaps an enhanced literary sensibility. His Marlowe is alert to nuances of language, delighted when the name of Mrs Langrishe is accidentally recorded in a message as “Mrs Languish”, and thrilled when an interrogatee uses the word “milksop”, which he has previously only ever seen written down. On another occasion, when the private eye gives his name, the response from the witness is “Like the playwright?”, followed up with some apposite lines from Doctor Faustus.”

“Left to keep writing in his comfort zone, Mr. Black might never have set scenes in Barney’s Beanery or a movie theater playing the Marx Brothers … But if his Americanese sometimes flounders, he makes a point of being true to the ugly situations behind the pretty facades: those cigarette girls who have no future, the Latinos who are treated as disposable, the harsh mockery of homosexuals — all of which figure in the story.”

“Black seems determined not to let the reader forget that this is a pastiche. The theatricality of it all is a leitmotif: “The room had the look of a stage set”; “the events of the past half-minute or so, seen from a certain angle, would have looked as comical, and as grotesque, as a Charlie Chaplin routine.” It’s as if he’s deliberately flirting with parody.”

“Most of the time, as you’d expect of an estate-authorised production, he plays it pretty straight, and an abundance of phrases like ‘his flinty blue eyes seeming to look into my very soul’ gives a strong impression that he thinks of the project as a disposable bit of slumming. If so, fair enough: it’s not easy to imagine what a period-correct, saleable yet artistically weighty Chandler pastiche would look like, or why Banville would want to take the time to write one. All the same, what we get is an eccentric performance which makes it hard not to wonder if he hasn’t overestimated his powers as a straight-up storyteller.”

“Chandler’s true stylistic brilliance is that out of his experience of Los Angeles, he built a world both heightened and authentic; “down these mean streets,” he tells us, “a man must go who is not himself mean, who is neither tarnished nor afraid.” That’s the key to Marlowe, his relationship to these streets, and the failure of this novel is that it never pierces its own surfaces to evoke the city underneath.

“Despite the loyalty to Chandler that Black displays here, by the end of The Black-Eyed Blonde there’s an odd emptiness. Not merely the existential emptiness of the noir novel, where the hero is left, as always, alone, but a deeper emptiness, a suggestion that literary style has triumphed over content, leaving a hollowed-out place where the emotion should have been … Am I being a killjoy? Probably, because despite my complaints I found The Black-Eyed Blonde entertaining, and any fan of Chandler’s work is going to enjoy it.”

“It develops with the appropriate mix of killing, corruption, lust and cynicism. So far, so Chandler. But the dialogue isn’t snappy enough, our hero thinks too deeply and Black’s prose is too polished. A good read, but not quite Marlowe.”

The Black-Eyed Blonde: A Philip Marlowe Novel by Benjamin Black The Omnivore