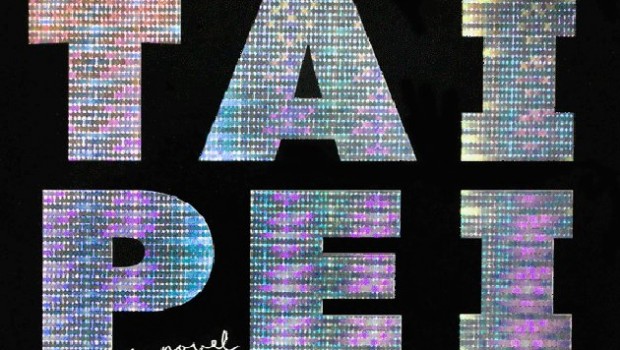 Blurb: At some point, maybe twenty minutes after he’d begun refreshing Twitter, Tumblr, Facebook, Gmail in a continuous cycle – with an ongoing, affectless, humorless realisation that his day ‘was over’ – he noticed with confusion, having thought it was early morning, that it was 4:46PM

Taipei is an ode – or lament – to the way we live now. Following Paul from New York, where he comically navigates Manhattan’s art and literary scenes, to Taipei, Taiwan, where he confronts his family’s roots, we see one relationship fail, while another is born on the internet and blooms into an unexpected wedding in Las Vegas. (Canongate)

“When I read some of his longer fiction, like Richard Yates and Shoplifting From American Apparel, I knew this guy was going to be somebody. His writing is weird, upsetting, memorable, honest — and it’s only getting better. But I didn’t anticipate Taipei, his latest, which is, to put it bluntly, a gigantic leap forward. Here we have a serious, first-rate novelist putting all his skills to work.”

“People have heard everyone from Hemingway to Evelyn Waugh to Beckett in Lin’s sentences (I’d add Wyndham Lewis to the list), but really they’re his own. They testify to the inadequacy of language, and to the fact that realist fiction’s usual tricks and gimmicks – the whole shoddy mimetic project – seem increasingly insufficient or irrelevant.”

“With a neat line in offbeat analogy, Lin’s writing here is more intricate – even beautiful – than you might expect, and as a portrait of an internet-shaped psyche, it’s unmatched. When Paul first meets his wife, he reads “all four years of her Facebook wall… one night looking at probably 1,500 of her friends’ photos to find any she might’ve untagged.” In bed, he notices that her eyes “seemed to be tightly closed, which seemed like ‘not a good sign’, as he’d read on her blog – or somewhere – that she liked sex with ‘a lot of eye contact’”.”

“Lin’s prose is occasionally very funny – until its bleakness sinks in – relying on meandering, uninflected assertions with a deadpan finish. Paul’s heavily medicated experiences give rise to an offbeat humour that is derived partly from his tragicomic problems with enacting the simplest of tasks, such as removing his partner’s clothing. “He expressed confusion and Laura said ‘it’s just a skirt … and tights’ and stopped moving completely, it seemed, as Paul continued touching her strange outfit with hands that felt glossy and fingerless …””

“It’s a wry, clever look at the way we live now, written in a wonderfully inventive, up-itself Manhattan style: “It seemed like they would never fight, and the nothingness of the future had gained a framework-y somethingness that felt privately exciting.” In a few years, we’ll probably all talk like this.”

“Mr. Lin’s new novel, Taipei, has his plainest title but is his strongest book. At its best, it has distant echoes of early Hemingway, as filtered through Twitter and Klonopin: it’s terse, neutral, composed of small and often intricate gestures. At its lesser moments, it’s hapless, like a poorly lighted mumblecore movie.”

“The musings and wanderings of Paul and Erin undoubtedly have a shambling, mumbling charm, and the book is written in the affectless style – half-journalese, half-journal-entry – that we might now call “bloggy”. Continually aroused but perpetually dulled, it’s a post-coital kind of style in which fragmented thoughts follow narcissistic flights of fancy, with an underlying tone of desperation and despair. Paul has nothing much to say, but he says it anyway: “When their burritos arrived he noticed, with preemptively suppressed interpretation, that his, of the three, appeared slightly darker.””

“t feels as if Lin’s project might be the start of something that somebody like David Shields would like (he of the literary manifesto Reality Hunger, with its call for an ‘evolution beyond narrative’), but the work is only half achieved. It might just be that we see some kind of schism between the novel (invented characters moving through time and space) and something else that’s weird and new and takes longform written works of art in an altogether new direction, but my sense is that Tao Lin is merely the beginning of this.”

Taipei by Tao Lin The Omnivore